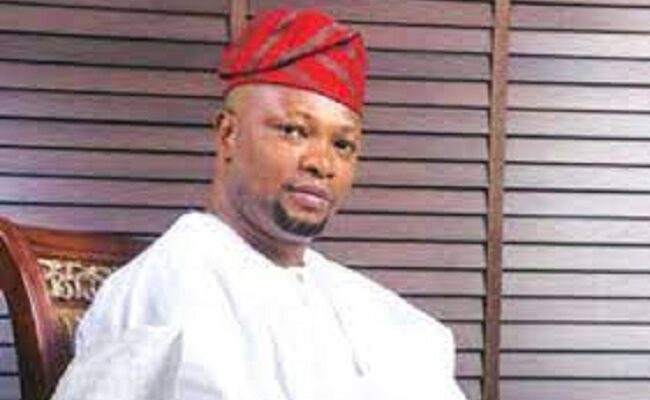 Dr. Abdul-Azeez Adediran (Jandor), governorship candidate of the Peoples Democratic Party (PDP) in Lagos State, has said that the victory of the party’s presidential candidate, Alhaji Atiku Abubakar, in the 2023 poll will bring an end to the political reign of the All Progressives Congress (APC) presidential standard-bearer, Asiwaju Bola Ahmed Tinubu in the state.

Adediran said this Epe while addressing some traditionalists under the umbrella of Isese Lagba Association in Ward 5, and some of his supporters in Ward C1, Epe Local Government as part of continuation of a tour round the 245 wards in the state.

This was just as the party’s deputy governorship candidate in the state, Ms. Funke Akindele, promised that the PDP would deliver dividends of democracy if voted into power in the state, expressing sadness about the suffering that people were currently passing through.

Jandor said that an end to Tinubu’s political dominance would help his government to use the state’s revenue to develop Lagos if elected as governor, come 2023.

Speaking further, the governorship candidate said that he had respect for all religions in the state, adding that he has made it a policy to earmark August 20 as Isese Day celebration if elected as governor in 2023, even as he noted that it was time for Badagry, Epe and Ikorodu Divisions to produce the governor and deputy governor, saying that those divisions had been sidelined for so long in the scheme of things in the state.

Jandor, while addressing residents of Mayunre area, lamented the bad road networks, lack of primary health centers and necessary social amenities in the state, despite the huge revenue coming to Lagos, promising to rehabilitate the Eleran-Igbe Road leading to 25 communities in Ibeju-Lekki area of Epe if elected.

Besides, the PDP standard bearer said he would also hand over the lands fraudulently acquired by people in the present government to the aborigines.

“Those in government presently have used their influence and power to take over our lands from us. Don’t worry, Jandor has come to rescue you from them.

“I will take back the lands from them and return them to you, the real owners. Those ruling us have turned us to slaves, it is time to liberate ourselves by voting against them on February 25 and March 10, 2023,” he said.

The Chairman of Isese Lagba Association, Araba Ifagbemi Dauda, had earlier urged the PDP governorship candidate to build a secretariat for the traditionalists in Epe, saying that they want to enjoy all the privileges enjoyed by those who practise other religions.

Dauda lamented that the children in the area don’t have access to quality education due to high cost of school fees and lack of enough qualified teachers, urging Jandor to address all the challenges facing the education sector.

In a related development, the PDP governorship candidate, on a visit to Isee Town in Lekki LCDA, sympathised with the residents who said they had not had electricity for 14 years.

Jandor, however, promised to build a primary healthcare center in the area to curb their incessant rush to Epe General Hospital for medical care.

“It is strange to me that Isee town does not have a primary health care center, no standard primary school for your children, or market to boost the economy of the area. I can assure you that our government will quickly fix all these when we win the elections next year.

“We will never take you for granted like those in government presently. And this is one of the reasons I decided to do a tour of the 245 wards in the state so that I would have first-hand information and see personally the challenges facing each community in Lagos,” Jandor said.

The PDP Deputy Governorship Candidate, Ms. Akindele, while addressing traders at T-Junction Market in Epe, said that the people were tired of the present government in the state and, therefore, time the people should try another party to rule the state.

“We need another government because things are hard, no job and our children are roaming the streets. Let us vote for Alhaji Atiku Abubakar for President, and vote for PDP candidates for the Senate, Federal House of Representatives, Governorship, and the state House of Assembly.

“Don’t sell your votes, or you want to sell your votes and suffer for another four years. The free education the present government talked about is a lie, they are just deceiving us,” she said.

The successful Nollywood actress-turned-politician also told the supporters of the party and residents of Eleran Igbe that nobody was happy with the condition of Lagos State, assuring that “by the grace of God, Jandor will be the next governor of the state and I will be the Deputy Governor.”

“By 2023, unveil your bottled-up anger to vote for the PDP across board and make Jandor your next Governor,” she said.

The PDP chieftain, while addressing marketers in Akodo and Eleko markets in the area, stated that she is now a politician because she wanted to join Jandor to repair things in Lagos State and change the government to a better one.

“Give the PDP a chance and we will serve you better. Your votes are your power. Go and vote for the PDP on election day.

“We understand what you are going through. Our Governor is intelligent and it is time for you to choose your own government.

“Once Alhaji Atiku Abubakar wins the presidency, then we have won. Just look for umbrella sign on the ballot paper.

“Don’t sell your votes, it is time for a change. It is you the masses that will vote for us, and we will serve you, just mobilise everyone for the PDP.

“We will provide free education, and free uniforms that local tailors will sew. We will also employ all our youths,” she said.