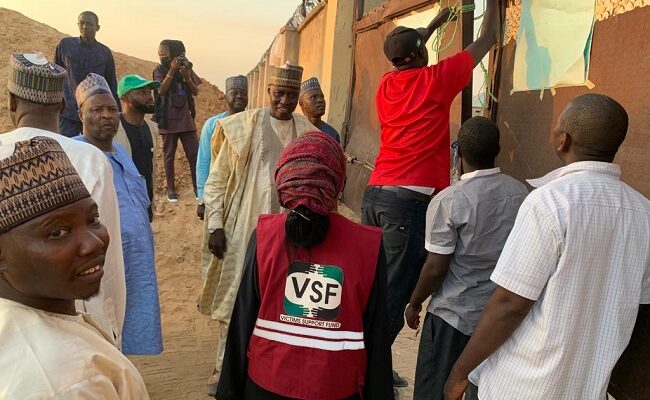 The Victims Support Fund said it has closed down the largest Internally Displaced Persons (IDP) camp in Maiduguri, the Borno State capital following the return of peace in the state.

Executive Director of VSF, Nana Tanko who spoke in an interview with Tribune Online in Maiduguri on Sunday, said the official closing of Gubio camp and other two IDP camps within the Maiduguri Metropolis is a sign of winning war against Boko Haram.

According to her, “it is pleasure to witness the official closing of this IDP camp. When we started this, we don’t really imagine it is possible but today we have successfully resettled thousands of IDPs in Dalori, Dalori and Gubio camps.”

She noted that the Chairman of VSF, Gen. TY Danjuma, is committed to resettling the IDPs while working closely with the Borno State government and military to make sure the safety and security of the returnees to their ancestral communities.

On his part, the acting permanent secretary of the Ministry of Reconstruction, Rehabilitation and Resettlement (RRR), Mohammed Ali, has urged VSF to continue supporting Borno state government in resettling and closing the remaining IDP camps in the state.

“Borno is one of the north-east states greatly affected by the Boko Haram insurgency, but today we are enjoying relative peace in the state because of the commitment of our gallant security personnel and our great Governor.

“So far so good, we have resettled and closed resettlement so many IDP camp within Maiduguri Metropolis and Jere by taking IDP communities back to their ancestral homes,” he said.

Commenting, the Special Adviser to the governor on RRR, Engr. Bukar Talba, said that “our governor, in October 2021, promised that all government-provided IDP camps in Maiduguri will be closed by December 31, 2021.

“We are saying a big thank you to VSF and other NGOs that helped us in realising this objective, we are grateful.”