Home Politics Craze for money: Parents, talk to your children 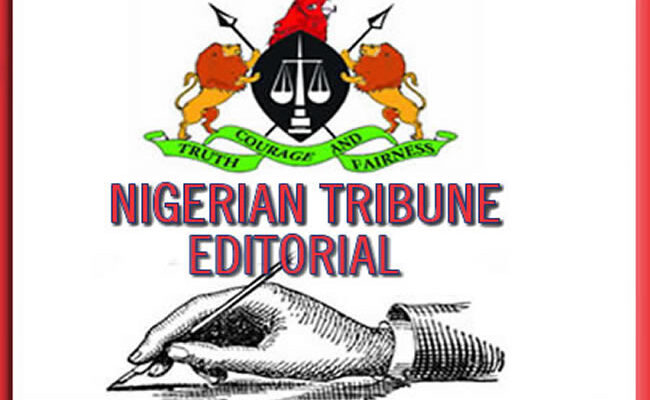 Craze for money: Parents, talk to your children

INSENSATE and unbridled craze for money is a vice  among Nigerian youth that must urgently yield ground to hard work and diligence as the most important enablers of wealth. Otherwise, a full-blown lawless society  bereft of a sense of industry and proper valuation may ensue shorttly. There has to be intense advocacy for value reorientation and moral retooling in order to stymie the degradation and other inimical consequences of the current craze for money and riches. Many young  Nigerians hold the view that no stone should be left unturned in order to get rich. That is not bad in itself, except that this seemingly laudable conviction would appear to preclude the platform of hardwork, diligence and positive creativity. The preferred routes for the pursuit of wealth by unscrupulous youths are  fraud and money rituals, both of which are despicable, illegal and morally reprehensible.

Last week, a young herbalist, Talabi Fatoki,  reportedly cut off the head of his father’s  tenant, Tobi Yisua, in Ikenne, Ikenne Local Government Area of Ogun State,  saying that he wanted to use it to prepare money-making ritual for a customer.  Penultimate week, too,  a 27-year-old suspected internet fraudster, Obeta John, allegedly killed his girlfriend, Idowu Buhari, over claims that she refused to remit to him the proceeds of fraud paid into her account by a victim. The frequency of these dastardly acts and the sheer hideousness involved are really disturbing. And as spinoffs of young people’s misguided involvement in fraud and rituals, life has suddenly become  cheap and humanity badly diminished on account of the vaunting ambitions of many.

Why is the society replete with the desire to have money at all costs, especially without the platform of hard work?  Why is it now routine for  Yahoo boys (internet fraudsters) to kill their girlfriends? Why are the youth so money-crazed? Why are girls frequently used for money rituals, and do these girls have  proper upbringing? Where did the young people of today acquire the brazenness to do  anything under the sun, no matter how devilish, just to make money? And what is the motivation for the inordinate quest to make money? The questions that could be asked are literally endless but they all speak to a significant alteration in the societal moral value system and its adverse impact on such virtues as empathy, decency, decorum, integrity and industry. These are time-tested values that we urge parents to instill in their children anew.

Unfortunately, some parents and guardians who should be bequeathing sound moral compass to their children and wards are said to be involved in the get-rich-quick malaise, where young Nigerians do not bat an eyelid before killing as part of the rituals to aid the dastardly venture they engage in. Indeed, some parents are bad examples. For instance, there is an association for mothers of Yahoo boys and they are known to shamelessly rally round any of their children caught breaching the law through fraudulent activities. The truth is that Nigeria has been devolving itself over time into a canopy of ungoverned and insensate craze for money. And unlike in the time past when it frowned on and even isolated people with questionable wealth,  the society of today celebrates citizens who have acquired filthy lucre, and it has by that indiscretion contributed immensely to the accentuation of the rabid desire for money without any sense of industry. And that is because it is no longer bothered about the means, which used to be important in  restraining citizens from  acting outside  the precincts of the law in their pursuit of  riches.   Rather, it now places emphasis on the end at the expense of good conduct and hard work.

The government is no less blame-worthy for the sordid state of affairs. It has not played its role properly as the gatekeeper. For instance, it has not provided a strong ethical foundation for the society by scrupulously adhering to rules and regulations and the celebration of only those who are focused on what is right in their activities and life pattern. Likewise, there is the need for religious houses and chieftains  to change their clamour for miracles as a platform for riches rather than hard work.

The current uncurbed passion for money and riches can only result in perdition for the society as it is only hard work and positive creativity that can help in the attainment of sustained greatness, not a recourse to riches without work. It is time the society stepped back from this dangerous course in order to save its soul and return to a path of integrity. And there can be no more apposite time to effect this course change than now!