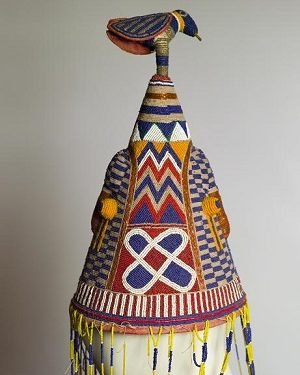 The five ruling houses of an ancient Egba community of  Imo in the Obafemi-Owode local government area of Ogun state had petitioned the State Governor, Prince Dapo Abiodun over alleged plan by the Alake and Paramount Ruler of Egbaland, Oba Adedotun Aremu Gbadebo to install an unpopular candidate as the next monarch of the town.

The five ruling houses accused Oba Gbadebo of frustrating all efforts by the council of kingmakers in the town at installing Mathew Ayedun Alawode whom they said emerged as the Oba-elect of the town after passing through the traditional council’s screening exercise.
They as well cautioned that the long absence of a royal father in the town is likely to cause anarchy if the preferred candidate of the majority of the people is not install.
In the petition forwarded to Governor Abiodun and dated 5th April, 2021, copy of which was obtained by our Correspondent, the five ruling houses alleged that Alake of Egbaland had for the past three years, frustrating attempts of the kingmakers at coronating the new monarch because his preferred candidate failed the screening exercise conducted by the  Imo Traditional Council.
They further explained that apart from all necessary traditional rites; a free, fair and credible election was conducted under the leadership of the former Chairman of Obafemi Owode  Local Government Chairman, who is also the Odunfin of Imo, Engr. Akeem Babatunde and still wonder why the delay.
According to the petitioners, four contestants vied for the throne of Olu of Imo, which has over three years ago became vacant, following the transition of its last occupant, His Royal Highness, Oba Mathew Kolawole Olubiyi on Saturday 28th July, 2018.
They said out of the four contestants, Chief Alawode got 6 votes, Mr Reuben  Sogaolu got 2 votes ,Chief Adeleke Samuel got 1 vote while the fourth person, Chief Aroyewun Akeem got no vote.
The 10 members of the five ruling houses who signed the petition included: Amos Ojelabi and Kola Somoye, who signed for the Isalu/Ilukan family; Rabiu Oladeinde and Taibu Mumuni, who both signed for the Osoba ruling house.
Others are Isiaka Alao Adesanya and Sulaiman Alao Sonekan for the Ilaro ruling house; Ebenezer Oladipo Makinde and Olusola Otesile, who signed for the Ilisa ruling house, while Isaac Olu Sowemimo and Olasoju Sorunmu singed for the Ijigun ruling house.
They explained that the Imo Traditional Council, which is the body saddled with the responsibility of selecting a new traditional ruler for the town had concluded its assignment and also forwarded video recordings of the process to Alake of Egbaland, being the consenting authority as a proof of the transparency of the exercise.
The five ruling houses however, expressed disappointment over refusal of Oba Gbadebo to consent to their choice simply because his preferred candidate did not emerge.
Speaking with journalists prior to their petition, three members of the town’s Regency: Chief Idowu Sowande, the Aro of Imo, Chief Odunayo Osanyintola, the Lipeki of  Imo, as well as Chief Hamodu Dauda, the Balogun of  Imo, declared that nothing on earth would change the decision of the town’s kingmakers on their choice of Alawode as the king-elect.
They lamented that absence of a traditional ruler in the community has been taking its tolls on the security of the town, stressing that the police could attest to that.
“We must say that as families of the ruling houses in Imo Community and on behalf of all Imo indigenes, absence of an Oba is causing serious developmental delay and beyond this, it may create a room for anarchy if this matter is not given the urgent attention it deserves”.
The community however, appealed to Governor Abiodun to intervene in the matter with the purpose of unraveling why the Oba Gbadebo has refused to give approval for the choice of the kingmakers.
When contacted for reaction, the Baaroyin of Egbaland, who is the spokesperson to Oba Gbadebo, Chief Lai Labode claimed not to be aware of the matter and demanded for the copy of the petition which was forwarded to him, but still refused to make any comment.
Advertise or Publish a Story on Nationnewslead: Kindly contact us @ Nationnewslead@gmail.com Call or Whatsapp: 08168544205, 07055577376