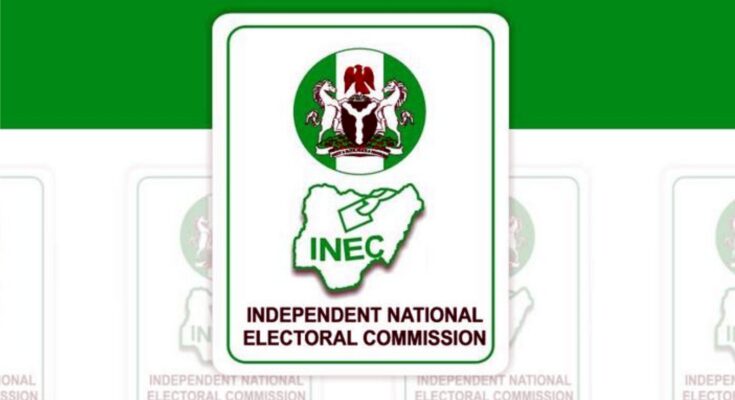 A coalition of Civil Society Organizations (CSOs) working on credible and transparent elections in Nigeria under the aegis of Situation Room, on Wednesday warned Independent National Electoral Commission (INEC) against the disenfranchisement of Voters during the forthcoming 2023 general elections, the sequel to the hitches faced by Electorates seeking to collect Permanent Voter Cards (PVCs) across the country.

The stakeholders led by the Convener, Nigeria Civil Society Situation Room, Ene Obi, Asma’u Joda and James Ugochukwu expressed the concerns via a statement made available to Tribune Online.

With just 30 days to the 2023 General Elections, the Nigeria Civil Society Situation Room (Situation Room) is deeply concerned about the state of the nation. The last week witnessed Nigerians trooping out to the various Wards to collect their PVCs in a move to beat the PVC collection deadline at the Ward level.

“Likewise, campaigns have intensified with political parties and their candidates holding rallies in various States of the Federation. Amidst these, fuel scarcity persists with the Government’s intention to gradually remove fuel subsidy beginning from April 2023.”

With all these factors in play, the Coalition acknowledged “numerous complaints on issues surrounding the collection of Permanent Voter’s Cards (PVCs) at the Ward level distribution.

“Majority of the complaints bordered on the unavailability of PVCs for both new and old registrants without a future date for collection. In some Wards, people were asked to return in February. There were also reports of INEC staff not permanently located in the Wards during the exercise.

“In most States, the staff were roving from Ward to Ward without a clear schedule for a visit to Wards and when people turned up, they met absence. An exception is in Edo State where a schedule for PVC collection was published and disseminated on social media to enable registrants to know where to collect their PVCs and dates for collection.

“Going by the Independent National Electoral Commission’s (INEC) calendar on the distribution of PVCs, the Local Government Area distribution at INEC offices is set to end on 29th January 2023.

“Situation Room is worried that the timelines given to people who have been asked to return to collect their PVCs are unrealistic and would lead to disenfranchisement.

“On 13th January 2023, Situation Room called on the Commission to extend the Ward level collection to 5th February 2023 to enable more people to collect their PVCs with ease and also deploy more staff to the Ward centres to ease the distribution of PVCs and fasten the process.

“Based on the above premise, Situation Room reiterates its call on INEC to reconsider the 29th January 2023 deadline for PVC Collection at the LGA level to accommodate the large number of Nigerians who are yet to collect their PVC not out of their own refusal but due to the various reasons they have been given by the Commission on why their PVC has not been printed.

“An extension would also give INEC time to print PVCs for the many registrants whose PVCs were not printed.”

The CSOs observed that the Commission had through its Election Project Plan (EPP) indicated plans to conduct mock elections in some States for voters to familiarise themselves with the Bimodal Voter Accreditation system (BVAS).

“In the 2015 General Elections when Smart Card Readers were used nationwide for the first time, INEC conducted mock elections in 24 Polling Units strategically selected from both urban and rural communities across the six geo-political zones.

“This enabled citizens to test run the new technology that was introduced into the voting process. Consequently, Situation Room is calling on INEC to urgently set a date to conduct proper mock elections in locations that include both urban and rural settings to enable voters to see the functionality of the BVAS in practice and have some experience of what to expect on election day.

“This would help INEC identify possible challenges and prepare to address them ahead of the elections, especially in geo-political zones where they have never been used before.”

“Situation Room is concerned about the impact this could have on transportation and logistics during the elections.

“With the Commission anticipating the deployment of over 100,000 vehicles including motorcycles and tricycles to ensure that personnel and materials arrive at polling units before voters on election day, Situation Room calls on INEC to ensure that this logistics arrangement is revisited to accommodate the present realities if this has not been already done as elections are fast approaching if this has not already been done.

“Situation Room, therefore, calls on the President and Minister of Petroleum, President Muhammadu Buhari, to meet with the oil marketers and Nigerian National Petroleum Company Limited (NNPCL) to proffer a lasting solution to the lingering fuel scarcity before the elections.”

While reviewing the security situation across the country, the CSOs expressed grief over the violence witnessed during the ongoing campaigns embarked on by various Political parties and their candidates.

“Sadly, pockets of violence have been reported in States like Rivers where an All Progressives Congress (APC) rally was disrupted following twin explosions which rocked the Rumu-Woji venue in the Mile One axis of Port Harcourt. Another incident was reported in Edo State in Ward 7 of the Edo Central Local Government Area, where the Peoples Democratic Party (PDP) rally ended in disarray following gunshots fired by political thugs, forcing party supporters to flee in fear.

“Situation Room recalls that in September 2022, at the start of party campaigns, it called on political parties and citizens to desist from fomenting violence. Section 93(1) of the Electoral Act 2022 prohibits political parties and candidates from directly or indirectly threatening anyone with force or violence during any political campaign with the intent of compelling that person to support or refrain from supporting a political party or candidate.

“Situation Room reminds political parties and candidates of the penalties for this offence as stated in Section 93 (2) of the Act. The Act states that in the case of a candidate, upon conviction, the person would pay a maximum fine of N1,000,000 or imprisonment for a term of 12 months. For erring political parties, a fine of N2,000,000 in the first instance and N1,000,000 for any subsequent offence.

“Situation Room has also observed the use of abusive language and name-calling by some party leaders with the aim of discrediting other candidates or parties. According to Section 92 (2) of the Electoral Act 2022, abusive, intemperate, slanderous, base language, insinuations or innuendoes designed or likely to provoke violent reactions or emotions shall not be employed or used in political campaigns.

“On this note, Situation Room urges candidates to concentrate on issue-based campaigns and possible solutions to the array of problems the country is facing.

“Situation Room calls on the Nigeria Police, the major custodian of security in elections, to provide adequate protection for the proper and peaceful conduct of rallies.”

In a related development, the Situation Room noted that “despite previous concerns raised, INEC facilities are continuously being attacked by arsonists. INEC needs to identify possible areas where such attacks may likely occur and liaise with the security agencies to beef up surveillance in those troubled hot spots till the end of elections.

“The country cannot afford to keep losing men and election materials before the elections. Security agencies should also investigate possible leads to previous attacks and apprehend the perpetrators of these dastardly acts.

“As we draw closer to a defining moment in Nigeria, Situation Room reminds all political parties and their candidates of the Peace Accord signed on 29th September 2022 and urges them to call their supporters to order. The need for peaceful, free and credible elections cannot be over-emphasised; heating up the polity should be avoided at all costs.

“Situation Room also reminds the Nigeria Police of their pledge to protect lives and property at all times which includes the provision of security during election campaign periods. It is expected that arrests in connection with any unrest reported or witnessed during this electioneering season would be made leading to prosecution by the court.

“On PVC collection, INEC had promised that it would make ready PVCs in October and November 2022 for people who took part in the last quarter of the CVR but could not meet up. This delay is perhaps the ripple effect witnessed in 2023 of the unavailability of PVCs.

“Situation Room, therefore, calls on INEC to reconsider its stance on the deadline for PVC collection. This will greatly assure Nigerians of the Commissions pledge to ensure that many eligible voters cast their votes.”