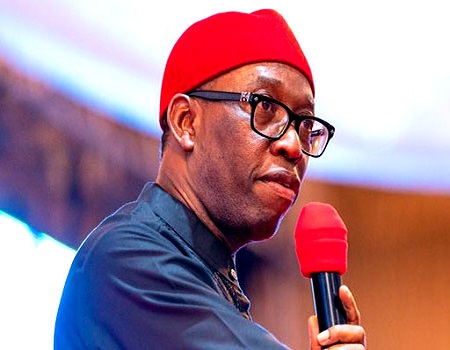 Delta State government has revoked the contract for Section A of the Ughelli-Asaba dual carriage road project due to alleged poor performance by the contractor handling it after nine years.

Nigerian Tribune reports that Section A of the road being executed by an indigenous company is from Ughelli to Aradhe in Isoko North Local Government Area of the state while Section B stresses from Isoko end to Ndokwa in Abala and Section C continues to Asaba.

While Section B has long been completed by the previous administration, Section C, which transverses through hilly terrains and handled by a Chinese firm has progress due to the financial commitment to the sections by Governor Ifeanyi Okowa-led  government.

The decision to terminate the contract at the State Executive Council (SEC) meeting, according to the state’s Commissioner for Information, Mr Charles Aniagwu, was due to the failure of the contractor to perform to the expectation of the state government.

“The contractor that has been handling the project since 2013, has not been performing up to expectation.

“We have not only repudiated it, we have also approved the award of the project to another contractor immediately,” the Commissioner said.

Aniagwu  disclosed that the meeting also  approved the construction of Etua-Etiti, Etua-Oliogo roads in Ndokwa West Local Government Area of the state.

He said that more projects were reviewed due to rising cost of construction materials, adding that the contract for the construction of Ayakoromo bridge which was terminated earlier had been reviewed with a view to helping it receive the speed it deserved.

The government, according to Aniagwu equally approved the construction and expansion of Asaba-Ugbolu road with  a pedestrian bridge on the road.