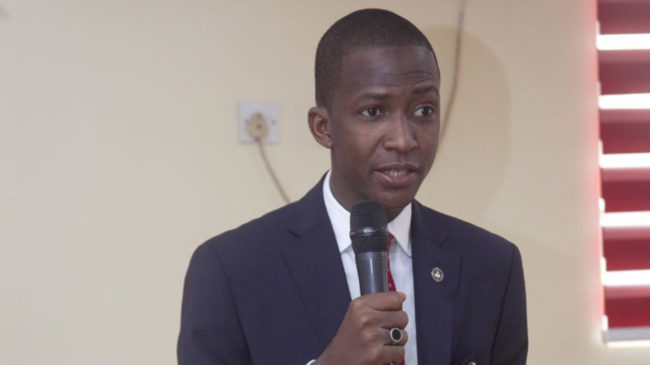 Chairman of the Economic and Financial Crimes Commission (EFCC), Mr. Abdulrasheed Bawa on Wednesday disclosed that the Commission is currently investigating allegations of endemic corruption and crude oil theft in the country.

Bawa who disclosed this during the one-day Legislative Transparency and Accountability Summit organised by the House of Representatives Committee on Anti-Corruption, chaired by Hon. Dachung Bagos.

Mr. Bawa said the complexities in the operations of the oil and gas industry renders it vulnerable and highly susceptible to money laundering, adding that the industry is characterised by several players and dealers in the supply chain, thus creating avenue for fraud and distortions.

He also undermined the need for government to put measures in place towards enhancing transparency in the oil and gas industry, including full disclosures of NNPC Joint Venture arrangements and established clear institutional responsibilities for revenue assessment, collection and report.

In the bid to achieve the feat, he called for synergy between the office of the Auditor-General of the Federation (oAuGF) and relevant Committees of the National Assembly in order to address financial, fiscal and governance challenges.

He said: “We will continue to hold accountable those who breach the public trust in the sector whether they are corporations or individuals, whether local or foreign.

“The laws enforced by the commission target contravention of legal stipulations on transparency and accountability in both public and private sectors. As far as the extractive industry is concerned, the most critical challenge is how to achieve a pro Nigerian meeting of minds on the platform of extant laws and regulations between investors and regulators.

“Throwing transparency and accountability in petroleum industry might seems an arduous task but we believe in the EFCC that whatever we are determined to achieve is doable. Let us all join hands together to rescue the Nigerian extractive industry from the grips of unscrupulous prayers in the quest of seeing a Nigeria that is free of economic and financial crimes,” the EFCC helmsman urged.

During his presentation, Executive Secretary of the Nigeria Extractive Industries Transparency Initiative (NEITI), Mr. Orji Ogbonnaya Orji said available records revealed that between 1999 and 2020, Nigeria earned $741.74 billion from oil and gas alone and about N624 billion from the solid mineral sector.

According to him, “Forum like this should be strengthened with data and that is where NEITI will continue to insist that we work with the National Assembly.

“The National Assembly needs information on what is paid, what is received and what the money is used for, and NEITI has that data.

He explained that the Agency on yearly basis engages the companies in the sector with a view to establish what actual amount paid to the government in terms of taxes, royalties, rents, concessions.

“From the work we have done over the years, it was clear to us that between the point of payment and the point of receipt, a lot of revenue in foreign currency develops wings and fly away. and NEITI has the responsibility of tracing where they are, especially if they are monies that ought to accrue to the Federal Government.

“The challenge we have at the moment is that data is not being properly used. When we have finished our report and sent to the National Assembly, we plead, and we are still pleading that we expect our report to be laid at plenary to be debated.

“We have been engaging with relevant committees but we want our engagement to be upgraded to the level of laying our report at plenary for debate, and possibly committing same to the kind of attention that the committees often give to report of the Auditor General of the Federation, because the two of them wear the same cap and the same nomenclature. We are willing, we are available, the information is there,” he noted.