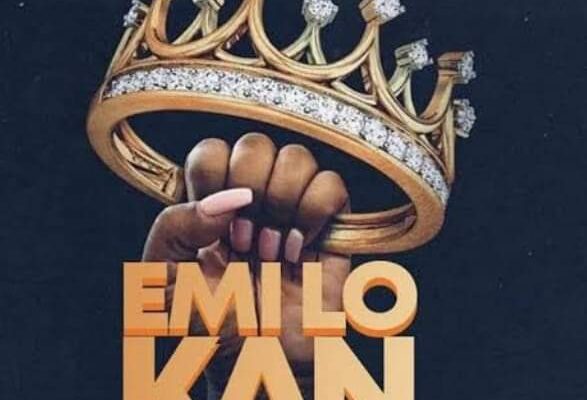 The fresh and most recent trend in Nigeria‘s media space is not far-fetched. ‘Emilokan’ is a mantra that has overtaken many gory news in the country. The new trend of ’emilokan’ is on all social media spaces and has been a point of meme for all media influencers, comedians, and celebrities.

My undergraduate days at the Federal Polytechnic Offa would forever etched in my memory. I graduated from a department that housed brilliant lecturers and league of professionals in the field of mass communication. One of the remarkable moments was Dr. David Oloyede’s ABC of Advertising class. Dr. Oloyede is not only an astute scholar in the field of communication but teaches with the best academic standard. A topic we were taught in his advertising course was propaganda techniques which ‘slogan’ formed one of the key points. Without many digressions, I will talk about slogan as a strong propaganda technique used in politics.

Down to the memory lane, the slogan has helped political candidates and parties to win elections. Peoples’ Democratic Party‘s slogan is ‘power to the people.’ PDP used the striking slogan of ‘power to the people’ to rule Nigeria for 16 years after taking power from military government. PDP candidates were the majority in the two chambers and had governors ruling states more than any other party. In the 2015 election, the amalgamation of ACN and CPC to form APC came out with another powerful slogan which is ‘Change’. With the number of years PDP used to rule the country, people embraced the slogan for progressive change and voted for President Muhammadu Buhari with full force. Nigerians were singing and chanting change dole. The outcome of the change mantra is a story for another day.

In Kwara State 2019 governorship election, the victory of Kwara State Governor, Mallam Abdulrahman Abdulrasaq could be attributed to the power of slogan. APC in Kwara State came out with the ‘O too ge’ meaning ‘ enough is enough’ slogan to dislodge former Senate President Bukols Saraki and his candidates. The ‘O’ too ge’ slogan was a prayer point for many unpopular candidates who contested and won the election in Kwara State in 2019 at both Federal, State, and Local levels under APC.

Back to Emilokan, Tinubu‘s venom and anger while addressing people in Ogun State have been developed to form a slogan. Tinubu poured out his mind regardless of whose horse is gored. He expressed his ‘jagabanship appellation’ and called a spade a spade. His outburst is now a lyric in the town. Q. Dot Alagbe’s Emilokan freestyle has already taken the lead role making waves, Ibrahim Chatta and Abeni Agbon’s Emilokan duet is another banger, celebrities, clerics, and media users have in one way or the other use ’emilokan’ as a comedy skit or point of reference. What could have cost Tinubu millions of naira to contract celebrities for the campaign has been a freestyle memes and trends on social media. What is required of Jagaban is to get an Hausa Artist and blend the lyrics of ‘Emilokan’ with northerners. It is already a slogan that would be very difficult to overshadow by his contenders.

Other presidential aspirants’ PR teams have been given assignments as ‘Emilokan’ has leveled the ground for Tinubu, from Hostility to Empathy, from Apathy to Sympathy. It is called the Public Relations transfer process. People who are not in support of his presidential trip because of his health status have made a U-turn because he has been seen as a victim among betrayals and conspirators.

With this slogan, I see Tinubu winning the presidential race with a wide margin. Emilokan is now a chorus that emanated from anger to slogan. Egbe kini yi wa… Emi lokan. Continue Reading