Home Update EXPOSED! How Adeleke’s men are planning to divert IGR consultancy to themselves 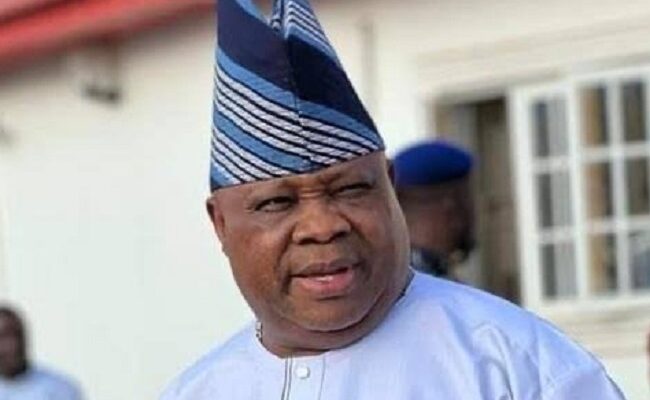 EXPOSED! How Adeleke’s men are planning to divert IGR consultancy to themselves A research center in Osun State, Center for Democratic Ethics has called on Governor Ademola Adeleke to immediately review the membership of the Internally Generated Revenue Committee with a view to remove some unscrupulous elements who are hellbent on imposing selfish interest on the people of the state.

The group, according to a statement by its Spokesperson, Adeoye Oyelekan, on Tuesday in Osogbo, accused some members of the committee of making frantic efforts to bring back Infinity Limited to oversee the collection of revenues of the State, stating that the company had failed the State in same assignment in the past.

“This committee (IGR committee) should normally be peopled by men and women of great financial clout and pedigree who would go into the assignment with a wealth of experience that can help the State make the progress it desires and deserves. Surprisingly however, moves by certain members to benefit inappropriately from the committee’s assignment have been uncovered by the Centre for Democratic Ethics.

“While some of the members are indeed men of integrity, there are moves by some dishonest elements in the committee to derail its core mandate and turn it into a money-spinning venture for a few. The persons fingered in this sinister plot having earlier been saddled with the responsibility of repositioning the State’s revenue drive, are today suspected to be working behind the scenes to benefit clandestinely from the activities of the committee and the emerging structure of the State’s revenue collection process.”

The center said the the attempt by some individuals to lording themselves over the committee may spell doom for the State if not checked as soon as possible.

The statement reads, “In the course of finding out the truth about the activities of some of these committee members, CDE discovered that several members of the committee are completely oblivious of the true responsibilities of their office and have thus been acting at variance with the mandate of their committee. Ranging from gross abuse of office through bribe collection and highhandedness, to attempts to install personal business concerns as the State’s revenue collectors, some of the committee members are indeed working to profit undeservedly from the activities of the IGR committee.

“Having received undue gratification from these business concerns however, some members of the committee are pushing hard to re-entrench same failed revenue collector to continue, in the pursuit of their personal agenda and against the spirit of their appointment as committee members.

“Infinity Limited, same revenue collector that failed woefully to achieve excellence in the revenue collection mechanism of the past government has now been rebranded as Electronic Collection Group powered by Cloudware technology (which we discovered is linked to three members of the IGR committee – Akinyo Akintoye Akinmade; Chairman of the committee, Sola Adewumi and Hamsat Solanke, Secretary of the IGR committee).

“We know that anyone saddled with the responsibility of optimizing the service capacity of an arm of government is not supposed to utilize such privileges for personal gains. What these three have been found to be doing is abuse of office and use of government powers to profit oneself. If these persons named are indeed committed to seeing a better Osun, we expect that they will respectfully recuse themselves from the committee and allow the Governor appoint people who are willing to be neutral in the service of their fatherland.

“Our findings revealed that Akinmade, a member of the panel interviewing companies for the Consultancy role of Osun Internal Revenue Service has been exploiting his privilege, compiling important submissions of intending Consultants and handing over to his private business concern; this business belonging to Akinmade is then using this privileged information to bid for same consultancy. Nowhere in the world is this abuse of privilege permissible and Osun should not be an exception.

“We also discovered that one Hamsat Solanke, a former Consultant to the past government of Alh. Gboyega Oyetola, now a member of the IGR committee, owes Osun State about 5 million Naira, being accumulations from under-declared revenue from his work as consultant that supervised the Okada riders under the past APC-led government. He has refused to remit said money to the government, but is instead using his privileges as a member of the IGR committee to cover his past atrocities. This same man is also today terrorizing Civil servants in the employ of the State Government, lording his obsolete and fraudulent ideas over them so he can continue from where he stopped.”

The group advised Governor Adeleke to immediately take action as the people of Osun are waiting for him to record landmark achievements.

It’s imperative that His Excellency, Senator Ademola Jackson Nurudeen Adeleke, reviews the membership of the various committees that he set up with a view to removing selfish politicians who are taking advantage of their committee membership to perpetrate actions that will spell doom for the State in the years to come.

The Centre for Democratic Ethics also wishes to remind the Governor that his time as Governor is fast counting down. The people of the State are expecting him to make landmark achievements that will justify the huge trust they placed in him when he was voted in as Governor on the 16th day of July, 2022. He cannot afford to allow scavengers derail the train of his lofty ideas for the development of Osun, as this will mean he is working against the very promises he made to the electorates when seeking their support. Continue Reading 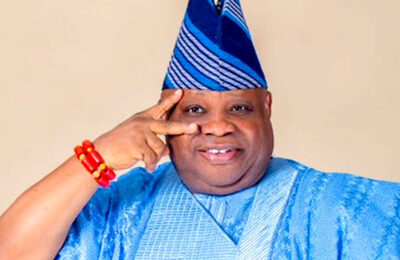