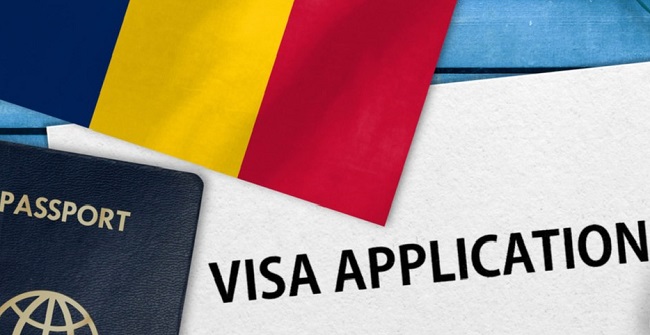 Facts you need to know about obtaining a Chad visa

There are 48 countries that Nigerians can travel to without a visa. Chad is one of them.

Chad, officially known as the Republic of Chad, is a landlocked country at the crossroads of North and Central Africa. It is boarded by Libya, Sudan, the Central African Republic, Cameroon, Nigeria, and Niger. Chad is named after Lake Chad, the largest wetland in the country. Chad is the fifth largest country in Africa. It also ranks second among Sahelian countries after Sudan. N’Djamena is the capital of Chad and the largest city of Chad

Chad has cool and welcoming people. Chad is a country blessed with gold, deposits of gold are found in various parts of Chad. These are some things to know about Chad.

Chadians are generally friendly and relaxed and want foreigners to respect their customs and beliefs. According to explore.com, Dress is informal but conservative to show respect for Muslim laws. Muslim areas are strictly segregated between women and men.

According to iexplore.com, November to January is the best time to visit Chad because this is when it’s the coolest and the weather is the most bearable. The rainy season in the south is between May to October. Central Chad experiences precipitation between June to September. It hardly rains in the north due to the desert climate.

According to worldometers.com, The current population of the Republic of Chad is 17,502,386  based on Worldometer elaboration of the latest United Nations data. Chad’s population is equivalent to 0.21% of the total world population. Chad ranks number 72 in the list of countries (and dependencies) by population.

The official currency of Chad is The Central African CFA franc (XAF). According to tripreport.com, Chad is a cash economy, and credit cards are seldom accepted.

According to smartraveller.gov.au, ATMs are rare. Only Air France and some hotels in N’Djamena accept credit cards. It is advisable to bring enough cash to meet all your needs.

Visa, Cirrus/MasterCard are accepted too

Chad has two official languages, Arabic and French, and an estimated 120 indigenous languages. Take note of the following Chadian word means in English

We are fine – Anina are

According to the textile value chain.in, traditional Chadian Arab attire such as long robes called jalabiyas are worn by men in public, along with white turban-like headgear known as a tagiya. Muslim men wear outfits consisting of long robes with matching pants known as boubous, and in the southern tribes, they wear tunic outfits called complets.

According to iexplore.com, traditions mostly celebrated in Chad are The Feast of the Sacrifice, Ramadan, and Eid-al-Fitr. These religious events are marked by Muslim communities around the world and honoured by other Chadians.

8. Is it Visa-free and how long can you stay with it?

How to apply for Chad online e-visa from Nigeria

Step 1: Nigerian citizens can arrive in Chad without a visa.

Step 2: After arriving, Nigerian citizens can go to the Chad immigration counter.

Step 4: Once you get the entry stamp, you can enter Chad and stay for the duration of your stamping.

9. How can you extend your stay?

According to timbu.com, visitors can extend their stay beyond the 90-day validity by applying to the immigration department in Chad.

There are so many beautiful sights to behold in Chad. According to thecrazytourist.com, these are some beautiful places you must visit in Chad

Faya-Largeau is the largest city in the north of Chad and is on the very edge of the Sahara desert. The heat here is immense, and temperatures rise above 40 degrees Celsius and regularly exceed this until October. The annual rainfall in the city is about half an inch. The reason to visit here is the nearby rugged terrain of the Sahara desert. If you can arrange a tour with a local guide, then be prepared to be blown away by the harsh but beautiful Sahara desert.

Zakouma National Park, in the southeastern region of Chad, covers an area of roughly 3,000 square kilometres. It is regarded as one of the last places in Central Africa that is truly a refuge for wildlife and it is considered to be one of the most successful conservation efforts in the area. The park is teeming with rare and diverse species of mammals and birds. The Tinga Camp offers accommodation for up to 490 people and is in the heart of the best game viewing area in the park. You can enjoy your dinner whilst enjoying the ambience of the African bush.

The city of Bol is served by its airport and can be found in the Lac region of the country. It is mostly visited because of Lake Chad, which is very close by. Lake Chad was once the largest freshwater lake in the world, but it is slowly drying up and even vanished completely during the droughts of 1984. In the dry season, the lake usually occupies 10,000 square kilometres, but this can more than double in the wet season. A finger of this lake extends to Bol and is there all year. Try to hire a boat and explore the lake to witness hippos, floating islands, and rare birds.

The Ennedi region of Chadis home to the Ennedi Desert. The landscape is harsh, occupied mainly by scorpions and beetles but it is also home to some of the most beautiful and unusual rock formations in the world. The landscape is mostly flat but jutting up regularly are large stone arches and jagged rock formations that are like natural works of art. The area is hard to reach and difficult to survive in, requiring carefully thought-out plans and provisions, but those who venture here are rewarded with some of the most stunning natural landscapes in the world.

Found in the Sahara Desert, the Lakes of Ouianga consist of 18 lakes in total which are supplied by so-called underground fossil water. The rain fell many thousands of years ago, when the climate was much wetter than it is today. The lakes now only receive 2 mm of rainfall each year. Some of the lakes are salty whereas others are fresh and support life. The lakes are Chad’s sole Unesco World Heritage Site.

There are many things here that will reward adventurous travellers on this mountain. The highest peak here is the Emi Koussi which stands at 3,500m above sea level. The peak is a huge extinct volcano and only the experienced should consider climbing it. For travellers, there are many great things to do in the area such as watching camel racing, viewing ancient rock art, and enjoying the nearby hot thermal springs.

According to salaryexplorer.com, a person working in Chad typically earns around 487,000 XAF per month. Salaries range from 123,000 XAF (lowest average) to 2,180,000 XAF (highest average, the actual maximum salary is higher).

According to www.gov.uk, carjackings on roads outside N’Djamena have increased, including during daylight hours. You should use a police or military escort when driving outside the capital, and carry working communications equipment. Armed robberies, particularly from cars, in some residential areas of N’Djamena are common. Foreigners are sometimes targeted.

Be vigilant and take particular care in the capital. Travel by car and not by foot, especially if you are alone, or motorbike. Keep doors locked and windows closed. Do not carry large sums of money, jewellery, or other valuables. Avoid isolated or less developed areas of towns and do not travel alone at night.

According to expatistan.com, this is the summary of the average cost of living in Chad

Basic lunchtime menu (including a drink) in the business district 10,000 Franc

Standard men’s haircuts in ex-pat areas of the city 5,000 Franc

Basic dinner out for two in a neighborhood pub 20,000 Franc

2 tickets to the movies –

Dinner for two at an Italian restaurant in the ex-pat area including appetizers, main course, wine, and dessert 40,000 Franc

Cappuccino in the expat area of the city 3,519 Franc

1 min. of prepaid mobile tariff (no discounts or plans) –

1 month of gym membership in the business district 60,000 Franc

Chad is a dream country to be in. You can take a visit and enjoy its nature and people. Have fun!