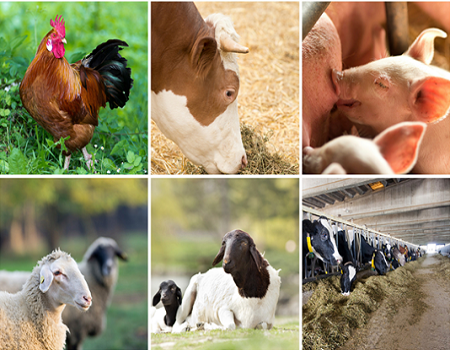 THE Federal Government has launched the National Strategic Documents for the Control of Transboundary Animal Diseases (TADs) to eradicate Animal and Zoonotic Diseases in the Livestock Sector.

This is in a bid to address the challenges bedeviling the Livestock Sector.

Speaking during the event that took place at the Banquet Hall, State House, Abuja, recently, the Vice President of Federal Republic of Nigeria, Professor Yomi Osinbajo, represented by the Minister of Health, Dr. Osagie Ehanire said that Transboundary Animal Diseases were among the most economically devastating Diseases of Livestock in the West and Central Africa Sub-Region.

Professor Osinbajo pointed out that it was responsible for more than 29 Billion-Naira losses annually in the Livestock Sub-Sector, through mortality, morbidity and trade restrictions on Nigeria occasioned by the endemicity of some of these Diseases in Nigeria.

The Vice President stated that the Federal Government through Ministry of Agriculture and Rural Development in collaboration with relevant stakeholders in other MDAs, were at the forefront of coordinating the fight against diseases that afflict animals.

In his words “Intensive surveillance, epidemiology and response are being conducted in the hotspot areas, to keep the rising profile of the diseases in check. We work also in collaboration with State Veterinary Services, particularly in frontline international borders. In addition, mass vaccinations against economically devastating diseases are carried out annually for millions of cattle, sheep, goats dogs, etc’’.

Professor Osinbajo said that the Government realizes that despite all efforts at controlling diseases both within and along transhumance corridors, veterinarians, clinicians, animal health service providers and other important stakeholders require a roadmap that will guide them properly, to be able to control and achieve eventual eradication of these diseases.

He informed that the development and validation of strategic documents had received wide stakeholder inputs and contributions from experts as well as key players in animal health and the livestock industry.

Speaking further, Osinbajo noted that ‘’the contents of the strategies are self-explanatory and straightforward for easy understanding, especially by respective experts. It is thus our desire to see to the smooth implementation and operation of the strategies, to ensure realization of the objectives they are meant to serve’’.

In his remarks, the Minister of Agriculture and Rural Development, Dr. Mohammad Mahmood Abubakar stated that ‘’the ministry through the Department of Veterinary and Pest Control Service in collaboration with relevant stakeholder  developed and validated  National Strategic plans for the control and eradication of major Transboundary Animal Diseases such as Contagious Bovine Pleuropneumonia (CBPP), African Trypanosomosis & Tick Borne Diseases and Foot and Mouth Disease (FMD) in cattle; Peste Des Petits Ruminants (PPR) in sheep and goats, African Swine Fever (ASF) in pigs  and Newcastle disease (NCD) in chickens, among others’’.

He revealed that the Federal Government was targeting the establishment of Primary Animal Health Centers in all 774 Local Government Area to tackle TADs Challenges Holistically across the country.

Earlier, the Permanent Secretary, Federal Ministry of Agriculture and Rural Development, Dr. Ernest Umakhihe represented by Director, Rural Development, Engr. Udo Daniel stated that ‘’ the TADs are highly contagious diseases that have the ability to spread very rapidly across national and international boundaries.

They have high potentials of causing great socioeconomic losses and public health consequences to our livestock farmers and pastoralists who depend on these animals as their means of livelihoods’’.

Dr. Umakhihe lauded the Developmental Partners for their continuous support and collaboration with the Ministry in addressing many challenges bedeviling the livestock subsector in Nigeria.

Highlight of the event was the official unveiling of the National Strategic Documents for the Control of Transboundary Animal Diseases (TADS).