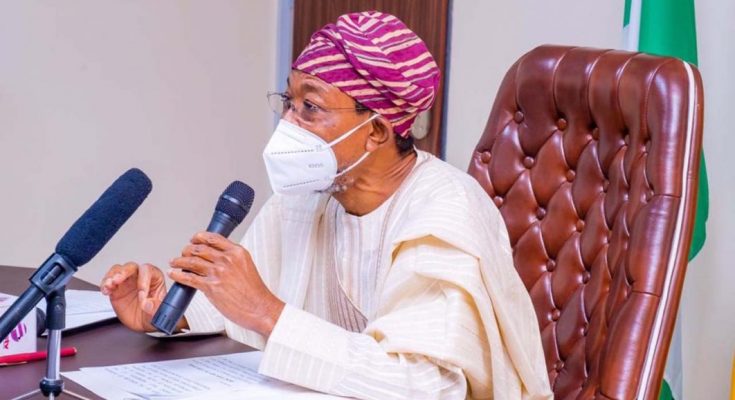 Exactly two months after a group of suspected terrorists invaded the Kuje correctional facility in Abuja, full details have begun to emerge

The minister of interior, Rauf Aregbesola broke his silence while revealing what transpired at the correctional facility

FCT, Abuja – Rauf Aregbesola, the minister of interior has affirmed that heavy security was stationed at the Kuje correctional facility but was breached by the daredevil terrorists who infamously attacked the facility, the Nationnewslead reported.

The minister made this known in Abuja while appearing before the joint Committee of the House of Representatives on Monday, September 5 exactly two months when the terrorists invaded the Kuje correctional facility.

According to Nationnewslead, Aregbesola disclosed that 65 joint task forces which comprised of security personnel from the Army, NSCDC, the Immigration Service, and other agencies were present at the facility on the day of the tragic incident.

The minister, however, did not disclose the weaponry at the disposal of the joint task forces on the night of the tragic incident stating that the presence of the media will not allow him to divulge such information.

Aregbesola admitted that despite the presence of 65 security agents at the facility, the terrorists were successful in invading the Kuje correctional facility.

These 65 people were there for the specific responsibility of assisting and preventing any attack and they were all armed.”

Meanwhile, the embattled police officer, Abba Kyari who is also an inmate at the Kuje correctional facility has given an account of what happened during the prison break.

The attack, which occurred on July 5, led to the escape of about 879 inmates, including all 68 imprisoned Boko Haram members.

Kyari, who spoke through his lawyer, told the court that he hid himself like a rat whence the attack began by the daredevil terrorists. Continue Reading