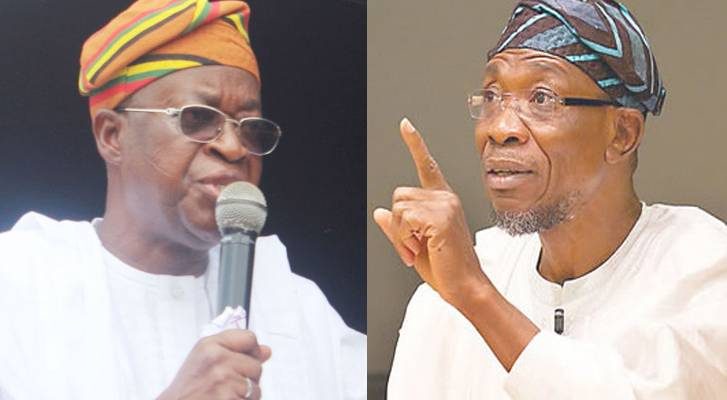 The trade of snarls on the past and present State of Osun governments of the All Progressives Congress (APC), by commission or omission, is counter productive. The _quid pro quo_ , for most of the time has generated controversies. Out of relics.

Painfully, the latest altercations have only instituted sweeping commands from the divides. Both Governor Gboyega Oyetola and ex- Governor Rauf Aregbesola spoke or scripted on the status of public education in the state that courted journalists who did news on them. Aregbesola, speaking at an award on him in his office in Abuja, a Thursday ago, first fired in a volley of sarcasms, sudden sneers, in a thunder clap, at the footing of education in the state, inexplicably unexpected now that the sea appears calm and peace returned. The cause. And Oyetola responded through his Ministry of Education. The effect.

The cause and effect, _habitual aborter,_ in the instance, have their flaws. Both sides get angry like they are strangers, or are quintessentially from different political progenitor – progeny. Too unhelpful to the Osun APC internal democracy. And needless especially at the threshold of the nation’s general elections. The two sides to the tirades apparently mistake criticisms and responses, attacks and counter attacks, for utility; but with the public understanding of many issues made blurry. Wrong, and too wrong, the Public Relations perspective.

By the Public Relations vista, corporate or executive reputation management entails publicising facts and figures. That way, light is shed; communication gap, abridged; and tension is shrugged off or doused. It is not acumen, not shrewd to input swift insinuations, directly or indirectly. But consider these provokants.

Aregbesola’s “…the vision and capacity that we have demonstrated in (Education) delivery services to the people (of Osun) have been arrested…..” This is edgy, too pesky, too troublesome, too vexatious, too obnoxious, too discomforting, too unsettling, too perturbing, too worrisome, and too disquieting, a provocazione, an exasperation, inciting negative sentiments against the successor and sitting government of same chord and handle after him.

And responding, the state Ministry of Education’s “….(the government).. working hard to improve the standard and quality of public education and take it out of the deep hole where it was when this administration came on board….” This is Thesaurus, too bothersome, too irksome, too irritating, too annoying, too decomposing, too upsetting, too disturbing, and too distressing, a provocacion an aphrodisiac, eliciting negative passions against the predecessor government of same stock and stem.

What the two sides of a kind, the one as well as the other, said or scripted, provocateur, are un- Public Relations and judgemental, of a weak specie. However, the two sides would be helping the political party in government if they treat whatever grievances there are in the closet to translate to action driven goodwill for better mileages. That direction has some cardinal distinctions. Both sides will get more fixated to common toes. Not view points, ubiquitous in contest. They will stand together, work mutually, committed to grow internal democracy that leaves the steadily focussed, steadfastly strong, quietly rugged and determined sitting governor, undistracted.

Only Oyetola who passed through the mills of his intra party oppositions and remained unfazed, unfrayed, unbashed, undaunted, and inexhausted has what it takes to continue to get the diverse publics in the state desirably well informed on quotidian issues of development interest in another four years in office. Away from bunglings fielded by a handful of party zealots, rocking impressions of skirmishes in the public glare. Obviously for paucity of time, I hesitate here to elaborate.

The executive face offs, made to span years now, have created image problems. But the good thing is that both sides should earnestly refrain from cross attacks. I think, they know or should know that reputation management in Public Relations does not require the chief executive of corporate organizations, including government to respond to every attack. You don’t need it. It wouldn’t get you any of the mileages, serviceability, utility or usefulness desired, but will only create more gaps by raising the bar of the questionary.

In oral and written attacks, both sides in Osun APC carry the weight of leadership in their respective right; and frankly, such attack- exchanges any further from either side will merely go for cheap shots, hitting below the belt. And that could be self demeaning, and more embarrassing to the Osun public opinion on which the two sides have built their strongly marketable reputation, endearment to the publics and bastion of internal democracy.

To be otherwise could incite further crisis on personality or principle.

OLUSESI writes at the Foot of Most Merciful. Most Gracious. All-knowing. 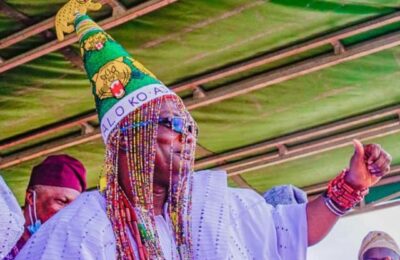 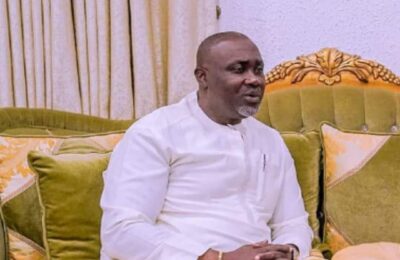