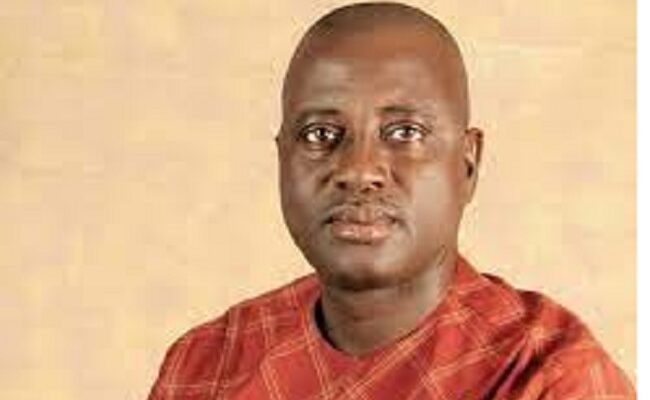 Governor Lalong in a statement signed by his Director of Press and Information, Dr Makut Simon Macham said the death of the lawmaker was a huge loss to his immediate family, Plateau State and Nigeria at large as he was a true democrat and representative of his people.

He said, Hon. Eric was selfless and committed to addressing the challenges of his constituents both within and outside the Chambers of the House of Assembly and always sponsored and supported legislation that had a direct impact on the lives of the citizens.

Lalong said the late Honourable Member displayed loyalty and confidence in his party and stood firm for democratic ideals throughout his legislative undertaking.

While commiserating with his family and members of his Constituency, the Governor said the late politician will be greatly missed because of his love, compassion and honesty.

Governor Lalong also extended his heartfelt sympathy to the Speaker and Members of the Plateau State House of Assembly over the sad incident and asked God to comfort the family and the Assembly.

A white garment church prophet, Yusuf Ogundeji, has confirmed that he slept with a 16-year-old member, who eventually became pregnant. He however, said that he could not penetrate the sister of the pregnant girl and had to get off her, feeling remorseful…

Why ASUU Is Against Ngige — Labour Expert

Full hearing activities in the case filed by the Osun State governor, Mr Gboyega Oyetola against the victory of Senator Ademola Adeleke in the last gubernatorial election in the state, have resumed at the election petition tribunal as the petitioner on Monday…

Crack In Fold Of Integrity/G5 Group As Dankwambo, Others Join Atiku/Okowa Campaign

A crack has been created within the fold of the integrity group led by Rivers State Governor, Nyesom Wike as a member of the group, former Governor of Gombe State, Ibrahim Hassan Dankwambo has dumped the group and pitched his political tent…