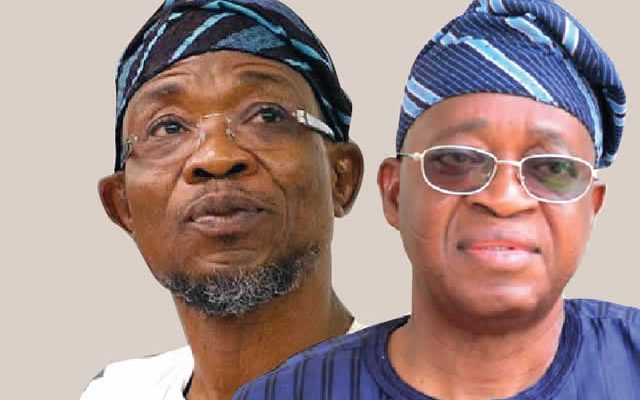 A socio-political group, Dynamic Reformers, DR, has eulogised the state Governor, Gboyega Oyetola for having the political will and temerity to correct some of the anomalies that his administration inherited in all the critical sectors of the state.

The group who spoke through its chairman, Mr Duro Olaleke, a retired educationist with the Federal Government College, stated that his group was dazzled with the willpower exhibited by the Oyetola’s administration to frontally address the perennial crisis associated with the same school uniforms foisted on all the secondary school pupils across the state by the immediate-past administration in the state.

Olaleke hinted that he could remember that topmost on the request of all the nine federal constituencies that the governor visited shortly after his election as a show of appreciation was that Oyetola should reverse the common uniform policy which he duly carried out.

The retired foremost educationist also applauded the willpower of the Oyetola administration to reverse the strange iconoclastic policy of education that he inherited from 4:5:3:4 back to 6:3:3:4 system of education as it makes the state a pariah entity among the comity of states in the federation.

Olaleke observed that the legacy of the inherited strange system of the educational policy was the poor outing of the public schools pupils in some of the external examinations witnessed in the state recently, adding that the products of the Oyetola administration would start to emerge in 2026.

The Dynamic Reformers chairman also recalled that he won’t forget in a hurry how the names of some old schools were changed and relocated without recourse to the principal stakeholders of the schools which later resulted to litigation against the government or strained relationship with the government.

He stated that the peace and harmony being witnessed in all the public primary and secondary schools today are traceable to the candour, bluntness and straightforwardness of Governor Oyetola in government as opposed to what he inherited.

The educationist hinted that the Aregbesola 4:5:3:4 reclassification of the public school system did not align with the National Policy on Education such that most development partners and agencies refused to support the state on educational projects.

The DR chairman disclosed that the single school uniform, reclassification of the public school system and the abolition of single-sex schools introduced by the administration of Mr Rauf Aregbesola in 2013 encouraged cultism and other social vices among the pupils in Osun State.

Olaleke also disclosed that the extensive restructuring and rehabilitation of the public school buildings that the administration of Oyetola carried out has restored confidence of parents for the safety of their children and wards while in schools.

The educationist stated, among other things, that the banishment of the era of half salaries for all the government workers since the inception of the administration of Governor Oyetola would not be forgotten in the state as workers are now sure of prompt collection of their full salaries unhindered at the end of the month which, to a large extent, positively influences economic activities in the state.

Olaleke stated that if not for the ingenuity of Oyetola, how he has been managing to function optimally in government despite the obvious paucity of fund, remains a miracle as he has been ensuring that no aspect of the development of the state suffers.

In his words: “Since the inception of Governor Oyetola’s administration, the state has been witnessing developmental projects in all fronts across the state in the areas of provision of health facilities, roads construction and rehabilitation, adequate security of lives and property, wholesome welfare of the citizenry, qualitative education, among others.

“It wouldn’t be an overstatement for the discerning members of the society to observe and conclude that the Oyetola administration is a God-sent to correct the inherited rot in the government”, Olaleke stated. Continue Reading