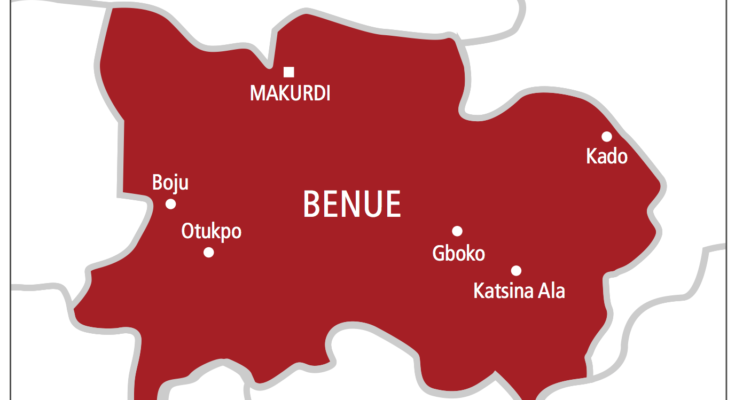 A medical doctor, Dr Alex Gyemwase was on Tuesday abducted by four gunmen.

Tribune Online learnt that the doctor who operates a private hospital known as Hope and Maternity clinic hospital was kidnapped in his house in Zaki Biam, headquarters of the Ukum local government area.

The incident was said to have happened at about 8 pm on a fateful day.

His half-brother, Peter Gyemwase, via the phone said that the suspected kidnappers stormed the doctor’s residence opposite NKST Secondary School, Zaki-Biam at about 8 pm on Tuesday.

He said, “Yes my brother was kidnapped around 8 pm in his house opposite NKST school in Zaki Biam.

“About four of them came. One was standing on the road and three came inside. He was picked up with his son and they later released him in less than 30 mins, his brother.

Peter said that the abducted doctor is his half-brother and added that they have been calling his phone number and that the number has not been g going.

“Our elder brother whose name is Joseph Gyemwase has reported the case to the police this morning in Zaki Biam,” he said.

He lamented the high rate of kidnap in the area saying there had been three cases of kidnapping in the area.

When contacted, the Commander of Operation ZENDA CSP, Justin Gberyindyer said there was information that some people wanted to kidnap two people in the town but they did not come.

Gberyindyer who said he was not aware of the kidnap of the medical doctor stated that the earlier information he had was a plan to kidnap two people in the town.

“As I speak to you now we are in the hot spot in Zaki Biam when we heard of the information we spread it around but they didn’t come. It is unfortunate that the locals in the area always give information to the criminals of the presence of security men,” Gberyindyer said.