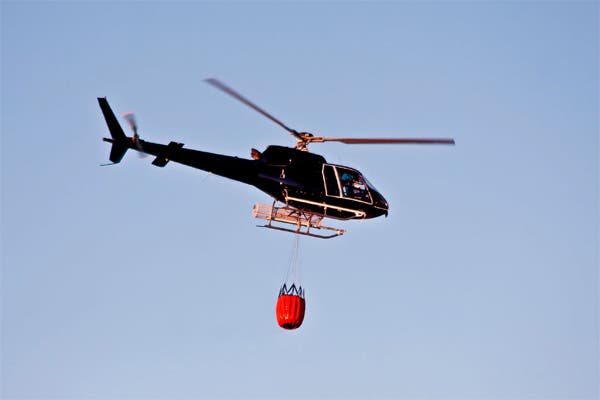 Nationnewslead reports that Aerial supply of arms, ammunition and food to bandits is a major reason for the imposition of ‘no fly zone’ order on Zamfara State, it was learnt on Wednesday.

Besides, helicopters are also used to illegally transport gold mineral from the state.

The Federal Government slammed the “no fly” order on the state on Tuesday after the National Security Council meeting.

It also banned all mining activities in the state until further notice.

But, Zamfara State Governor Bello Matawalle rejected it, saying “the security council does not seem to understand the nature of security problem in the state”.

He said it will not solve the security problem and that members of the Security Council, whose meeting was presided over by President Muhammadu Buhari, would realise at the end of the day that they only went to the meeting “to drink”.

Multiple security sources yesterday revealed that: “There is credible intelligence that the bandits get their arms and ammunition by airdrop. The fact that Zamfara State is landlocked supports the intelligence. Declaring the state a ‘no-fly zone’ is intended to cut off the bandits’ arms supply chain, while the troops move in to flush them out.

The decision was purely for security and has nothing to do with politics. It was taken to check the growing security problems in the state and region from escalating further.

“The country is in a very precarious position at this moment and every intelligence that can help to pull it back from the brink will be followed through.”

Although, Zamfara State has no airport, helicopters routinely fly into the state on a high number.

Zamfara is locked by five states and Niger Republic to the North.

The states surrounding Zamfara are Katsina, Kaduna, Niger, Kebbi and Sokoto out of which it was carved out in 1996.

Investigation also revealed that activities of wealthy and influential mining licencees also led to the ‘no fly zone’.

It is believed that the action will lead to the cut of supplies to bandits’ cells in the forests by 70 to 90 per cent.

Top licencees and illegal gold miners were said to be involved in bitter guerilla ‘war’ in the state.

The affected gold merchants include a firm belonging to a former Head of State, ex-governors, ex-ministers and influential businessmen.

The rivalry led to the formation of banditry clusters by licencees and illegal miners.

Some of the competing groups and licencees have been using helicopters for supplies to their armed wings.

Some foreign nationals, including Chinese and South Africans, have also been implicated in the “gold war” in the state.

A top military source, who spoke in confidence, said: “The intelligence at the disposal of the Federal Government on grave security breaches in Zamfara State is overwhelming.

“At the centre of the banditry in Zamfara State is the immense Gold resources in the state. Reports have confirmed that both legal and illegal miners have been competing for rich gold mines. And most of them have banditry groups to protect their interests.

“An intelligence report confirmed that banditry is more pronounced in local government areas with gold in abundance, including Maru council.

“There is proliferation of small arms and weapons in Zamfara often brought by air by these gold businessmen.

“In fact, some of the abducted 279 pupils of the Government Girls Secondary School, Jangebe, said they saw big men in exotic cars who came to the forest in the night to meet with the bandits.

“The only credible alternative is to restrict air movement to Zamfara State to cut supplies to bandits and checkmate those bankrolling them.

“The military, the police and security agencies will use the no fly zone timeline to take stock and restrategize to manage the mandate given to them to rid the forests of bandits.”

Rejecting the decision, Governor Matawalle while hosting Chairman of the Nigerian Governors Forum (NGF), Ekiti State Governor Kayode Fayemi, in Gusau, on Wednesday, said “if they decided to take such action, let them go ahead.”

“I’m not afraid of any body and the problem of insecurity in the state predates my administration.

“Nigerians are waiting to see the outcome of the Security Council resolution to see if these bandits would be crushed.

“If the federal government fails to crush them after this resolution, then Nigerians will understand that they only sat and served themselves tea, nothing more.” The APC Governor Of Kaduna State, El-Rufai, Should Be Held Responsible 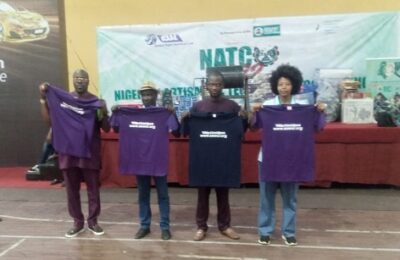