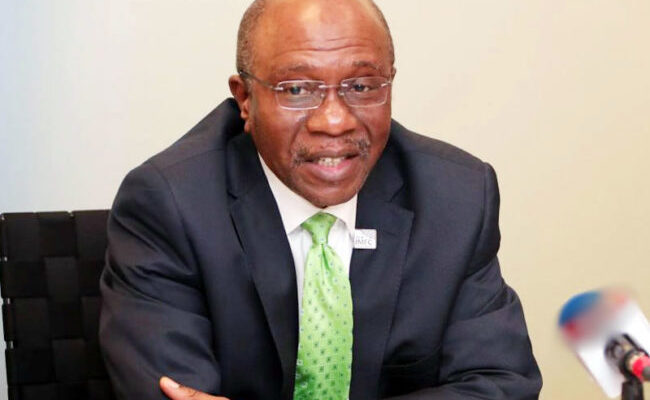 In this piece, JOSEPH INOKOTONG chronicles the numerous sharp criticisms which greeted the Central Bank of Nigeria (CBN) announcement to redesign N200, N500, and N1000 notes, despite obvious advantages as Nigerians await anxiously the circulation this week.

Money Deposit Banks (MDBs) will on Thursday, December 15, begin dispensing the new redesigned N200, N500, and N1000 note to Nigerians for onward usage as legal tender, despite the spirited criticisms that trailed the announcement by the Central Bank of Nigeria (CBN) on October 26, 2022.

The apex bank has over the years enunciated a number of policies in the recent past tailored at impacting positively on the country’s financial system, and by extension, the development of the economy generally in the long run.

In the immediate, however, many people seem to be either unaware of the benefits of the lofty goals of these policies or have intentionally decided to feign ignorance of them, thereby setting the stage for unnecessary opposition and criticism. Although a healthy critique of government actions and policies are often necessary to throw up the best of any initiative and keep policymakers on their toes, the reverse seems to be the intent of some Nigerian critics. For this category of people, the mantra appears to be critiquing for the sake of it, which negates the essence of informed criticism.

For instance, when the Central Bank of Nigeria Governor Godwin Emefiele announced on October 26, 2022 that new Naira notes would be reintroduced to replace the current 200, 500, and 1,000 Naira notes, some critics of the policy jumped at it, even before settling down to dissect it.

Indeed, the Naira notes redesign has obvious benefits as disclosed by Governor Emefiele. In his remarks on the issuance of new Naira banknotes, he talked about persisting concerns that the apex bank is facing with the management of the current series of banknotes, and currency in circulation, particularly those outside the banking system in Nigeria.

According to him, in recent times, currency management has faced several daunting challenges that have continued to grow in scale and sophistication with attendant and unintended consequences for the integrity of both the CBN and the country. These challenges, he pointed out, primarily include significant hoarding of banknotes by members of the public, with statistics showing that over 80 percent of currency in circulation are outside the vaults of commercial banks. Another sore point that he mentioned is the worsening shortage of clean and fit banknotes with the attendant negative perception of the CBN and increased risk to financial stability; followed in quick succession by the increasing ease and risk of counterfeiting evidenced by several security reports.

These salient points have neither been controverted in any way nor faulted despite spirited attempts at playing to the gallery by whipping up unnecessary sentiments devoid of substantial economic benefits.

In addition to earlier reasons given by the Central Bank of Nigeria Governor is the fact that recent development in photographic technology and advancements in printing devices have made counterfeiting relatively easier. And in recent years, the CBN has recorded significantly higher rates of counterfeiting especially at the higher denominations of N500 and N1,000 banknotes.

Again, although the global best practice is for central banks to redesign, produce, and circulate new local legal tender every five to years, the Naira has not been redesigned in the last 20 years.

On the basis of these trends, problems, and facts, and in line with Sections 19, Subsections a and b of the CBN Act 2007, the Management of the CBN sought and obtained the approval of President Muhammadu Buhari to redesign, produce, and circulate new series of banknotes at N200, N500, and N1,000 levels.

Accordingly, he directed all Deposit Money Banks (DMBs) currently holding the existing denominations of the currency to begin returning these notes back to the CBN effective immediately as the newly designed currency will be released to the banks in the order of First-come-First-serve basis.

Also, customers of banks were enjoined to begin paying into their bank accounts the existing currency to enable them to withdraw the new banknotes once circulation begins in mid-December 2022, and all banks to keep open, their currency processing centers from Monday to Saturday so as to accommodate all cash that will be returned by their customers.

For the purpose of the transition from existing to new notes, bank charges for cash deposits were suspended with immediate effect; therefore, DMBs were informed that no bank customer shall bear any charges for cash either returned or paid into their accounts.

Mr. Emefiele did not mince words when he reassured the general public that the CBN would continue to monitor both the financial system in particular and the economy in general, and always act in good faith for the achievement of the Bank’s objectives and the betterment of the country. He reiterated that the present notes remain legal tender and should not be rejected as a means of exchange for the purchase of goods and services.

The detailed explanation given by the Central Bank of Nigeria Governor for embarking on the Naira redesign obviously did calm many frayed nerves that felt unsettled, and subsequently, they sprang into life again saturating cyberspace with ill-thought views on why the policy should be jettisoned. The most widely spread report on the issue was the opinion of the Minister of Finance, Budget and National Planning, Mrs. Zainab Ahmed when she said her office was not consulted by the CBN before rolling out the policy. Some members of the National Assembly were not left out in the rush to stop the policy.

The negative campaign against the policy did not fail to attract the attention of the spokesman of the CBN, Mr. Osita Nwanisobi, who expressed surprise at the minister’s claim, stressing that the CBN remained a very thorough institution that follows due process in its policy actions.

However, in an apparent response to claims by the Minister of Finance, Budget and National Planning that her ministry was not carried along by the CBN in the process of redesigning three series of the Naira, the Bank insisted it followed the law and due process to carry out the exercise, which is 12 years due. The CBN’s spokesman, Mr. Nwanisobi, expressed surprise at the minister’s claim, stressing that the CBN remains a very thorough institution that follows due process in its policy actions.

Mr. Nwanisobi reiterated that the CBN’s Management, in line with provisions of section 2(b), section 18(a), and section 19(a)(b) of the CBN Act 2007, had duly sought and obtained the approval of President Muhammadu Buhari in writing to redesign, produce, release and circulate new series of N200, N500, and N1,000 banknotes. Urging Nigerians to support the currency redesign project, he said it was in the overall interest of Nigerians, pointing out that some persons were hoarding significant sums of banknotes outside the vaults of commercial banks. This trend, he said, should not be encouraged by anyone who means well for the country. He noted that currency management in the country had faced several escalating challenges which threatened the integrity of the currency, the CBN, and the country, adding that every top-rate Central Bank was committed to safeguarding the integrity of the local legal tender, the efficiency of its supply, as well as its efficacy in the conduct of monetary policy.

On the timing of the redesign project, which has been a topical issue of criticism, Nwanisobi explained that the CBN had even tarried for too long considering that it had to wait 20 years to carry out a redesign, whereas the standard practice globally was for central banks to redesign, produce and circulate new local legal tender every five to eight years. While assuring Nigerians that the currency redesign exercise was purely a central banking exercise and not targeted at any group, the CBN spokesman expressed optimism that the effort will, among other goals, deepen Nigeria’s push to entrench a cashless economy in the face of increased minting of the eNaira. This, he said, is in addition to helping to curb the incidents of terrorism and kidnapping due to access of persons to the large volume of money outside the banking system used as a source of funds for ransom payments.

Mr. Nwanisobi, therefore, urged Nigerians, irrespective of their status, to support the Naira redesign project, as it is for the greater good of the economy.

Again, the plea fell on deaf ears despite explanations, which touched on virtually every aspect, not excluding the larger benefit to the development of the country’s economy. The Senate had to summon Mr. Emefiele for further briefing.

Mr. Emefiele had to travel to Daura last week Thursday to meet with President Muhammadu Buhari to brief him on the current affairs in the CBN, and the President who has been unflinching in supporting the CBN’s policies responded positively after being briefed. “He was very happy and said we should carry on with our work, no need to fear, no need to bother about anybody”, the CBN Governor narrated to journalists.

What seems to be lost to many critics is the fact that the cashless policy is overdue; haven been first introduced in 2012 and set aside on about three occasions.

Some of the positive sides to these policies have started manifesting and they need sustenance in order for the country to reap their full benefits. For instance, the country now has about 1.4 million Super Agents spread all over different parts of Nigeria, and they are as good as having 1.4 million banking points where people can conduct banking services.

Interestingly, an assurance has been given by the CBN to review from time to time how the policy is working because it cannot afford to be rigid. “It is not to say that we will reverse; it is not to say that we will change the timing, but whether it is about tweaking some amount to be a little bit higher or a little bit lower, and all the rest of them. We will do so because we are humans. We want to make sure that we make life good for our people. We do not want to make life difficult for them. So there is no need for anybody to worry. The Central Bank is monitoring what is happening and I can assure everyone that we are up and alive to our responsibilities and we will do what is right for Nigeria and Nigerians,” Mr. Emefiele reassured.

Already, the CBN said it has taken more than half a trillion of the old Naira notes, and the commercial banks also have close to half a trillion, a pointer to the fact that the policy has the buy-in of many Nigerians.

On its part, the CBN has demonstrated its preparedness to meet the Thursday, December 15 deadline of circulating the redesigned Naira notes. Indeed, the apex bank appears more than prepared because it announced December 15 date to issue the cash but had moved it forward as President Buhari launched it on November 26 instead of December 15. As at last week, the banks had received the new cash and had started dispensing them, according to the CBN.

Economists have urged Nigerians to remain calm and accept the CBN’s numerous assurances that the redesigned new Naira notes will go around, especially as the old currency continues to be legal tender till January 31, 2023.  They affirmed that the implementation of the new cash withdrawal limits, E-Naira, etc. are all desirable measures for Nigeria to leapfrog to a cashless economy and engender financial inclusion as the largest economy in Africa.