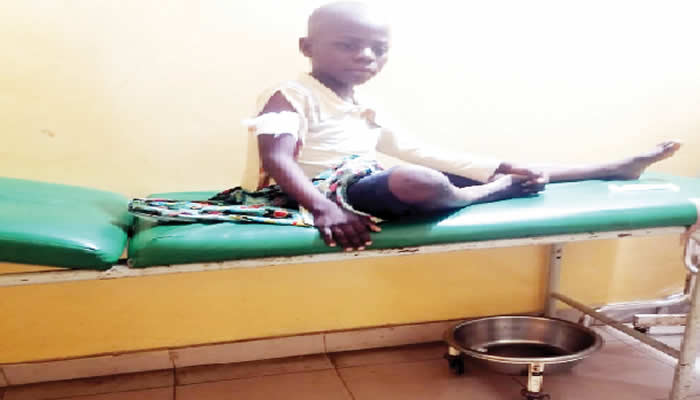 Living close to military formations or barracks of security agencies usually gives residents of such areas confidence and a sense of security. This is because armed robbers hitherto feared to take their criminal activities to such areas because of the belief that such areas are fortified.

However, residents of Arulogun and other communities close to the 2 Division of the Nigerian Army at the Ojoo area of Ibadan are daily living in fear of being hit by volley of bullets from the shooting range at the army barrack.

Nearly all residents in the communities have one story or near-miss story or another to tell. And whether they are walking on the street, sleeping at home or doing domestic chores, they said they must be watchful in order not to be fallen by bullets from the soldiers being trained on how to shoot without missing targets.

Some of the children in the community, it was gathered, had turned the woes being experienced into fun by engaging themselves in picking expended bullets which are a common sight in the area. Some of the children are said to have cans and pet bottles where they keep their collections (expended bullets), and are said to be competing to know who has the largest ‘arsenal.’

Another resident, Tobi Adefunso, said while many Nigerians are living in fear of armed robbers and kidnappers, residents of the area are being threatened by the bullets from the rifles of security agents. She said they had complained and written to many government quarters but their troubles had not abated.

One of the victims hit by the bullet on September 16, Oufemi Ige, told our correspondent on Wednesday that he was on a motorcycle going to buy fuel to power his block-making machine when the incident happened.

The 60-year-old Ige, who is a block moulder, said he was not living in the affected community but was going to a petrol station to buy fuel when the bullet hit him at the upper side of his back.

He said, “I told the Okada rider to take me to the barracks because hospitals might be asking for a police report before attending to me and I don’t want to die now.

“The bullet was eventually removed the same night and I was discharged but I was asked to come back on Friday. I don’t know the reason they asked me to return here. A 10-year-old boy who was also hit by another bullet was also asked to return here. Both of us are here together now.

“I have been here since Friday and they have kept telling me and the other boy that those who discharged us had no right to do so. They said we would soon go home but I am eager to go home because I am okay now. I am not doing any work here, and I need money to do many things.”

The 10-year-old victim, Daniel Omidire, who is a pupil in Osun State and came to the area to visit his grandmother, also told our correspondent in a brief telephone chat that he was tired of staying in the barracks doing nothing.

A resident, Dimeji Ogunlola, told our correspondent that the problem of stray bullets in communities did not start in recent times. He said the fear of being killed by the army bullets had forced some home owners in the areas to either abandon their property or sell them off cheaply.

Ogunlola said, “This problem did not start today. We have been living with it for a long time and we have done what we could do but we have not had respite except occasional stops when shooting exercise is not going on at their shooting range.

“There are times when bullets from the shooting ranger will force everybody to desert the streets and everywhere will be empty. I have escaped being hit at least four times. There was a time my parents came to visit me and we were in the sitting room when they started shooting. We all lay down flat for about two hours.

“My mother became so afraid and she could not sleep all through the night. That incident was what forced her and my dad to travel back home long before the time they had planned to spend with us. His blood pressure increased and it took some days before she recovered from that shock.”

One of the leaders in the community, who spoke on condition of anonymity, told our correspondent that he learnt the officers in charge of the shooting range on September 16 whereby stray bullets hit two persons in the community, had been locked up in the guard room for alleged carelessness.

The source said, “Although we have been given assurances in the past that bullets will no longer stray into our homes again, the bullets have not stopped straying out and our property is being constantly damaged by the ammunition.

“But those who went last Friday on behalf of the community to hold a meeting with the new General Officer Commanding told us that the officer appeared to be sincere about his promise. We were told that he promised them that their bullets would never stray to our side again.

“About ten officers who were on duty at the shooting range the last time bullets hit that boy and the other man were said to have been locked up in their guards room. I think they were embarrassed by the media reports but we did not invite journalists to come. They heard from various sources and contacted us and helped us.”

A trader, Mrs Mujidat Shitu, told our correspondent that there is no building in the area whose roof is not leaking as a result of ceaseless rain of bullets on the community.

She said, “The precarious situation in our community is a source of worries to many of us. Many who have shops always abandon their shops whenever they start their shooting training. Look round the streets there are houses where you will see bullets lodging into the walls or burglar proofs. Are you telling me that one cannot be killed if such bullets that have the force to penetrate inside walls should hit a human being?

“I think those soldiers coming to train are in categories. We know the sound of those we call beginners by hearing the sound of their gunshots. Those ones shoot anyhow. I think they would just give them the rifles and ask them to be firing anyhow. Whenever those beginners come, everybody must take cover. Their bullets would pour and pour into our homes and shops like rain.

“Whoever comes in late will not be able to move towards the area that shares a boundary with the barracks. It would be suicidal to attempt that. Those living in that area would lie down on the floor for most part of the day.

“Churches and mosques are not spared. Bullets enter everywhere and worshipers don’t go to their worship centres when the soldiers are on duty.”

Shitu said the people of the area were not saying the soldiers should not train but they had to consider their safety.

The General Overseer of The Way of Solution Apostolic Church International, Pastor Segun Jesubunmi, told our correspondent that some bullets hit his church about two months ago.

He said he was told that the army told the army authorities to erect barriers to prevent bullets from coming out anytime there is a shooting exercise, but we still have that problem.

“I am just planning to mend the holes created in the roof of our church by their bullets now. At times, when they damage our buildings, we would wait for weeks to be sure that they had stopped shooting before we repair the damage.  If you rush to repair it, and the shooting continues the following day, the thing you repaired may be damaged again.”

Another resident, Ade Owolabi, also told our correspondent that many landlords had packed out of their houses to rent accommodation in other places to save their lives.

“Some of our people have developed hypertension as a result of constant fear. Whenever there is shooting. Is this how we will continue to live in danger? The President, Major General Muhammadu Buhari (retd.), should help us.

“We have a governor, representatives at the National Assembly and state House of Assembly and none of them has heard us since we started crying out. They will be quick to send condolence messages if somebody is killed; that is not fair. We didn’t build our houses on the land of the Nigerian Army or government acquired area, so we deserve to be protected by those placed over us.

“Many buildings, especially roofs, had been damaged by stray bullets from the shooting range. Any time they start, we have to stay indoors and lie down flat.”

The Chairman of one of the affected communities, Alhaji Kazeem Ijeru, when contacted said he met the problem of stray bullets in the community when he packed into his house in 2008.

He said, “We have continued to live in fear despite all steps taken so far. Our people went to the barracks last week and they promised to make sure that we are no longer terrified by bullets again.”

However, the Chairman of Akinyele Local Government Area, Taoreed Adedigba, had earlier told our correspondent that the issue of shooting into the communities in the area had been on for a long time and the council, even before he became the chairman, had engaged the army and the issue was addressed.

He said, “However, I am not aware of the recent ones. But I will ask our people to take the photographs of the damage caused to their buildings and vehicles and to also pick the bullets and bring them to the council. We will take them to the barracks again. They will have to find a way of stopping the bullets from flying to the areas. We will work together to stop that.”

The officer in charge of Information at 2 Division Nigeria Army, Lt Col Charles Ekeocha, was yet to respond to inquiry by our correspondent on why the victims were asked to return to the clinic after they were initially discharged. 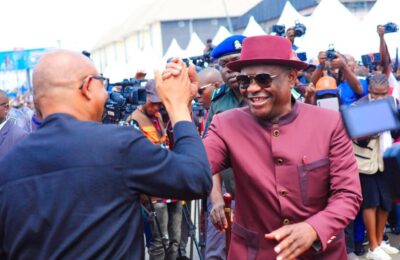 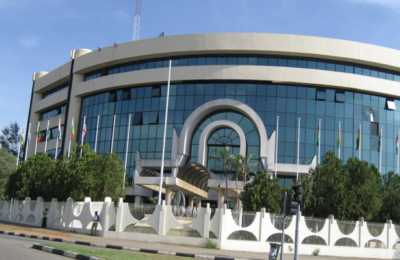