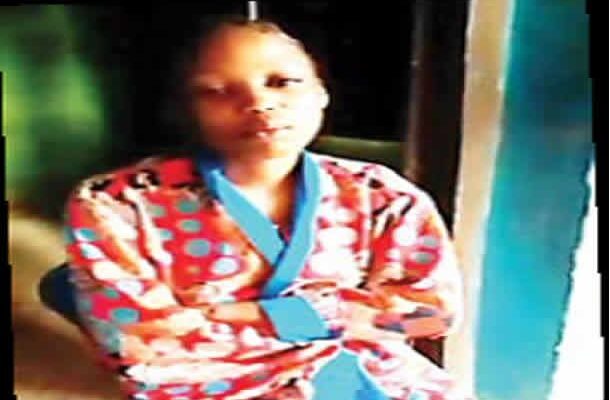 I thought end had come during failed kidnap – Osun lady 19-year-old Oluwatofunmi Ewaoluwa was among 13 bus passengers that were abandoned by suspected kidnappers recently along the Osogbo/Ilesa road. She tells BOLA BAMIGBOLA about the scary experience

What is your name and how old are you?

My name is Oluwatofunmi Ewaoluwa. I work in Osogbo but live in Ilesa. I am 19 years old. I am an admission seeker.

It was recently reported that you and others escaped from some abductors along the Osogbo/Ilesa road. Can you recall what happened that day?

On Sunday, August 21, around 1pm, I left home (Osogbo) to board a bus at Ilesa Garage in Osogbo going to Ilesa. When I got to the park, a bus was loading passengers and I joined others in the bus and it got filled around past 2pm. It was an 18-passenger bus. I called my parents and told them we would soon be on our way because the driver had started collecting fares. I was calling my parents at interval while in transit to let them know how my trip was going.  Midway into the journey, three passengers that sat at the back seat told the driver to stop the vehicle because they wanted to urinate. The driver obliged them and had to stop by the bush.

I was on WhatsApp call with my parents.

People were getting annoyed because these men took more time than was expected of them. While waiting for the men to rejoin us, one of them asked if the rest of us in the bus would want to urinate too, but we jokingly told them we were mature enough to know if we wanted to urinate.

Later, one of them lied to the driver that one of the bus tyres had deflated. The driver got down and the rest of us in the bus also disembarked to check the tyre.

Those men were five in number. It was three of them that got down to urinate. Immediately we all got out of the bus, the men brought out a gun. They pointed the gun at us and ordered us to march into a nearby bush. I don’t think the driver was privy to the evil plot because he was worried when they pointed a gun to his head.

The bus doors and trunk were left open and the driver too couldn’t remember to remove the key from the ignition. That happened between Osogbo and Ilesa. We had not entered Ilesa but we had left Osogbo. The abductors were speaking pidgin English. They covered their face with their caps.

They later divided themselves into two groups. Two men were stationed close to the road to monitor who was coming, while the three others marched us into the bush.

They ordered us to submit our phones and other valuables that we had on us. Because I was on call with my parents, they heard everything happening, as I didn’t end the call when the abductors brought out guns.

How did you manage to keep your phone?

I had two phones on me. I submitted one, while I kept the other one, which I was using to make the call, in my pocket. But while they were still ordering us to submit our personal effects we heard the siren of an approaching vehicle. The two men monitoring the road alerted the ones that were staying with us inside the bush that security operatives were approaching. So, they all fled and abandoned us in the bush. They ran away thinking security men were approaching the bush to rescue us.

After some minutes, we all stood up and returned to the main road to seek assistance but the drivers who saw us by the roadside were scared to stop to help us. None of them stopped for us.

What about the approaching vehicle with the siren?

The vehicle didn’t stop where our bus was abandoned. Usually, policemen stay at the spot where the incident occurred but unfortunately, I don’t know why they were not there that day, even though they were the ones that saved us eventually. Security men should be present on the road to prevent a reoccurrence.

What went through your mind when the abductors marched you into the bush?

I already told myself that the end had come for me when we were ordered to march into the bush. I put the phone on speaker so that my parents could hear my last words. Sincerely, I lost hope because I had never experienced such; I was so scared. Continue Reading