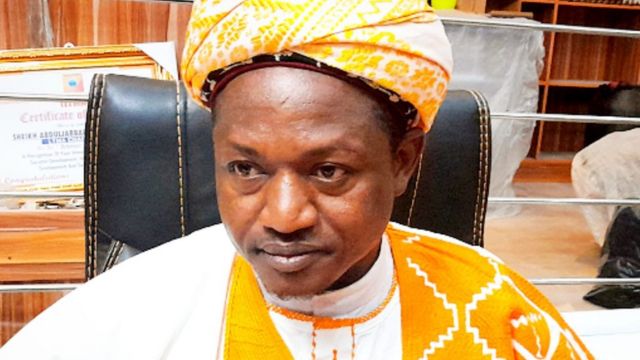 ‘I won’t beg for leniency,’ Kano cleric sentenced to death for blasphemy says

An Upper Sharia court in Kano on Thursday sentenced Kano Islamic cleric, Sheikh Abduljabar Kabara, to death by hanging after finding him guilty of committing blasphemy.

This was just as Sheikh Kabara said that he would not beg for leniency, saying that “I am ready to die and I will die like a hero.”

In the judgement that lasted over two hours, Khadi Ibrahim Sarki Yola ruled and said that “this Honorable Court is convinced that the prosecution counsels had proven their case beyond a reasonable doubt, thereafter, the court has convicted the defendant of all the charges leveled against him, hence, sentenced him to death by hanging.”

Based on the judgment pronounced by the court on Thursday, the convict was thereafter given 30 days within which to appeal the judgment.

Earlier, during the court session, Counsel to the defendant, Barrister Aminu Ado Abubakar, had prayed the court to accord leniency to the accused person for he did what he did out of ignorance.

But immediately, Sheikh Kabara stood up and told the court he did not know the lawyer who claimed to be his counsel.

The trial judge however responded that the lawyer is recognised by the court as the defence counsel.

Kabara then vehemently stated that: “My lord, after I heard how you twisted all my evidence, you turned around all my submissions upside down, you have assigned words to me that I have never uttered.

“Deliver your judgement, and I am not asking for leniency at all. I want all my followers to know that I will die a hero and I don’t want you (the judge) Ibrahim Sarki Yola to do me any favour or grant me leniency. This is my last word. Assalamu Alaikum.”

Previous Post‘Seun Odofin a man of integrity; he will fulfil all his campaign promises’ Next PostNPHCDA solicits infrastructure, human resources to strengthen PHC