Deputy President of the Senate and governorship candidate of the All Progressives Congress (APC) in Delta State, Ovie Omo-Agege, says his government will not seek vendetta against Governor Ifeanyi Okowa and the governing Peoples Democratic Party (PDP) when elected in 2023.

Senator Omo-Agege stated this in Patani, the first stop of his campaign trail to Delta South Senatorial District, on Thursday.

The campaign also touched down at Agoloma and Uduophori communities all in Patani Local Government Area.

He said although it is evident that there was nothing on ground to justify the over N3.5 trillion receipts that had flowed into Delta State in the past seven and half years, he would not be distracted by looking back.

Instead, he said he would rather push forward to the task ahead and ensure that all developmental gaps created by the Okowa-led PDP were filled for the state to move forward.

Senator Omo-Agege lamented the poor infrastructural conditions in Patani which he said have remained the same, 24 years after Raymos Guanah made his mark as the council chairman.

In the face of allegations that Governor Okowa has interests in a newly-licensed bank, he charged the governor to hand over the N235 billion recently paid to the state as 13 percent derivation arrears, and not salt it away in the bank, in the event that the allegations were true.

“My government will not seek vendetta against Governor Okowa and his PDP, we will not be distracted by looking back at their misgovernance but will hit the ground running to develop Delta State.

“He should, however, hand over the balance of N235 billion with him,” he reiterated.

He said the riverine communities contribute so much to the economy of Nigeria and Delta State but there was nothing on ground to show, noting that the ‘prosperity for all’ mantra of Governor Okowa was a sham.

“Look at the Ijaw nation, there is not one tertiary institution. Not even when Okowa established three universities in one day without the input of the Speaker of the Delta State House of Assembly, Rt Hon Sheriff Oborevwori, who is also a victim of Okowa’s selfishness.

“In continuation of his selfishness and desire to perpetually impoverish citizens of Delta State, Governor Okowa has projected the Speaker, Oborevwori, as his decoy for a third term.

“We are here to urge the Ijaw people to reject Okowa’s third term bid and his surrogate, Sheriff Oborevwori,” he charged.

He promised economic emancipation for women and youths of the Ijaw nation, and to expand frontiers of growth and development when elected governor of Delta State.

Chairman of the APC in the local government area, Mr. Julius Oruma, in his welcome address, described Senator Omo-Agege as a God-sent to deliver the people of Patani and the entire Ijawland from PDP imposed poverty and hardship, and for this reason, the people of Patani have resolved to cast their votes for APC “because the PDP government does not care about us.”

A chieftain of the APC in Patani, Dr. Chris Ekiyor, warned his kinsmen that if they fail to push the PDP away with their votes, “your children will serve their children, but I see a people with the radical capacity to do the needful.”

Earlier, Senator Omo-Agege had visited the Pere of Kabowei kingdom, HRH, Barr Shedrach Erebulu Aduo 111, who gave blessings for his governorship bid and to carry on with his campaign in the kingdom. 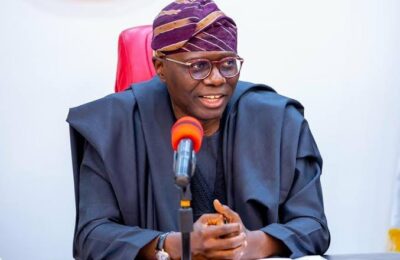 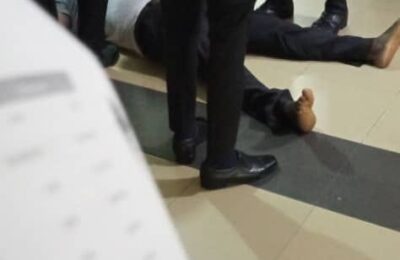