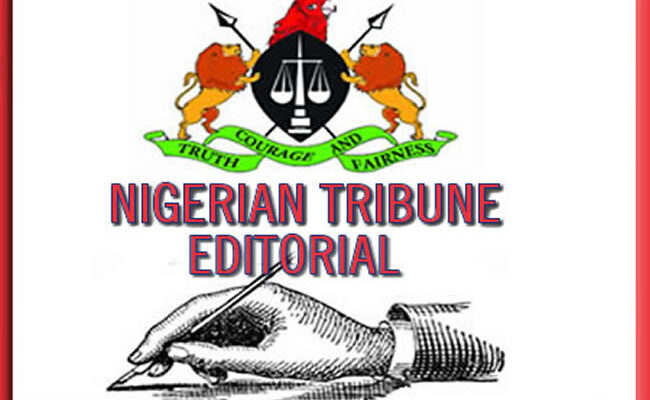 INEC and the PVC procurement allegation

ON Monday this week,  the Independent National Electoral Commission (INEC) confirmed an allegation that had dogged Nigeria’s electoral process for some time, namely that politicians are buying Permanent Voter Cards (PVCs) from registered voters to harvest their Voter Identification Numbers (VIN) ahead of the 2023 general election. The INEC National Commissioner overseeing the Federal Capital Territory (FCT), Nasarawa, Kaduna and Plateau states, Mohammed Haruna, revealed this during the launch of the #YourVoteMatters project by an election observer group, NESSACTION, in Abuja.  Haruna said: “We are aware some politicians are more or less buying the PVCs. If you collect the PVC and then you sell it out or allow someone else to have it, you are aiding illegal possession of the PVC, which is an offence in our Electoral Act. Some of you are aware that only recently, INEC managed to convict two people, who were found guilty of illegal possession of PVCs in Kano and Sokoto. So, I urge people to collect their PVC and keep it safe. Make sure that on election day, you go out there and cast your votes because, of course, without your PVC you cannot vote.”

On the other hand, the commission declared the purchase of PVCs by politicians ahead of the 2023 general election as an exercise in futility. According to Rotimi Oyekanmi, the Chief Press Secretary to the INEC Chairman, Mahmood, the commission has rolled out “innovations designed to ensure the integrity of the process and make it impossible for any politician or INEC staffer to compromise an election in favour of any candidate.” Oyekanmi added that the insinuation that some politicians were buying PVCs to rig the 2023 general election was “baseless”, because “INEC has moved very far away from the period when the Incident Form could be used for that purpose on election day.” Oyekanmi recalled that for the 2015 and 2019 general elections, the commission had used the Smart Card Reader (SCR) to authenticate the PVC and accredit voters on election day via their fingerprint, allowing the use of the Incident Form in exceptional circumstances.  He, however, acknowledged that certain politicians took advantage of this waiver, bought PVCs, gave them out to their acquired voters and sent them to polling units to vote, using the Incident Form. This, he noted,  was one of the reasons the commission introduced the Bimodal Voter Accreditation System (BVAS) for the 2023 general election.

He said: “The BVAS has one significant advantage over the SCR: it accredits through fingerprint and facial recognition. So, if your fingerprint fails, certainly your face will not fail. However, if the BVAS rejects your face, it means you are not an authentic voter and will not be allowed to vote. You will be asked to leave the polling station immediately. You could also be arrested for impersonation. To engender transparency, the commission introduced the INEC Result Viewing (IReV) portal in 2020, where individual polling unit results are uploaded on election day. We used the portal for the Edo, Ondo, Ekiti Osun, and Anambra off-season governorship elections.” The gist is that at the end of voting on election day and after the ballots have been counted and results announced, the Presiding Officer will take a picture of the result sheet (Form EC8A) and upload it to the IReV portal before departing to the collation centre. Party agents and voters will witness this activity as backed by law. This is part of the reasons the commission has insisted that it will be almost impossible to rig the 2023 election.

To be sure, like their counterparts in many parts of the world, Nigerian politicians are far from being a stellar cast. Time and again, they have demonstrated uncanny ability to subvert the electoral process, riding on the waves of the general lack of consequences that permeates every facet of the national life. In the extant case, it is clear that if politicians are buying PVCs and harvesting VINs, they are doing so because they expect to profit from it, having not been called to account for the serial infractions they engaged in in the past. We expect INEC and the security agencies to work together in busting the PVC-buying syndicates and causing them to have their day in court. Regardless of the futility or otherwise of the purchase of PVCs in relation to the 2023 elections, the fact is that the subsisting Electoral Act characterises it as a crime. That being the case, the perpetrators deserve the severest sanctions prescribed by law.

The foregoing is, of course, without prejudice to the commission’s need to always stay ahead technologically so that would-be malefactors can be stopped in their tracks. In this regard, it is heartening that INEC has been investing in technology. During a meeting with media stakeholders earlier this year, the INEC chairman had in fact dwelt extensively on the innovations rolled out by the commission to firm up the electoral process ahead of next year’s general election, including the newly introduced People’s Result Sheet at polling units and the INEC Voter Enrolment Device (IVED) that captures physical registration of voters, fingerprint and facial authentication on election day while uploading unit result sheets to the IReV portal. The beauty of this innovation is that Nigerians can now view polling results in real time. The INEC innovations were made against the backdrop of the devious practices by politicians during the voter registration exercise. The politicians reportedly suborned photographers who had old negatives of photographs in their possession and affixed names to the photographs, in a bid to pass them off as new voters. They were also said to have gone as far as cutting out pictures from old almanacs in order to short-change the electoral process, but INEC countered them through the BVAS, which requires facial authentication using state-of-the-art technology, thus circumventing the limitations of the SCR which relied extensively on fingerprints.

It is important for INEC and the security agencies to continue to mount brickwalls against vote buyers. They must be punished as a deterrent to similarly-minded felons. Vote buying before and during elections constitutes a disincentive to quality leadership recruitment process and no effort made to stop it can be discountenanced. 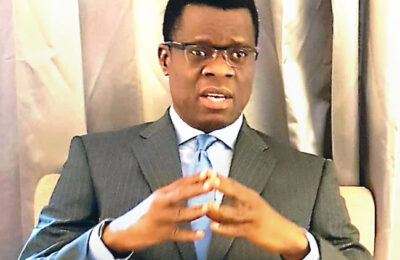