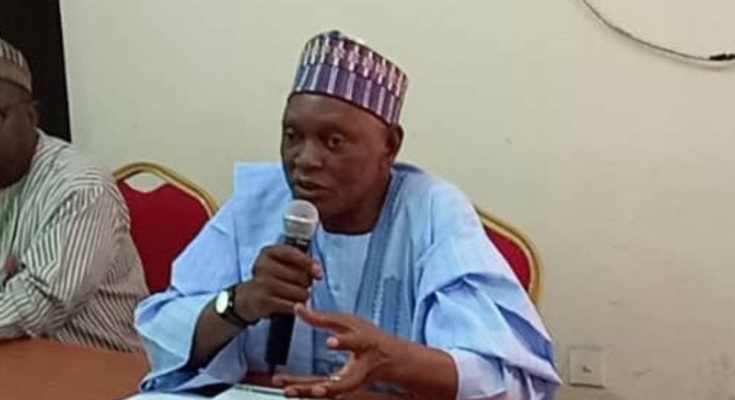 Yahaya Bello, Resident Electoral Commissioner in the FCT, at a news conference on the collection of PVCs in Abuja, said the INEC offices would be open from 9:00 a.m. to 3:00 p.m. daily.

Mr Bello noted that the conference is necessary, because of the activities lined up by the commission, so the public can be fully briefed on them.

He said one of the legal frameworks of the commission was to compile, maintain and also update on a continuous basis a national register of voters.

“Having successfully conducted the nationwide display of preliminary voters register, the commission has approved the collection of PVCs from Dec. 12, to January 22, 2023.

“This exercise will be done at the Local Government Area offices nationwide.

“The commission also resolved to devolve PVC collection to the 8,809 registration areas/wards, from Friday Jan. 6 to Jan.15, 2023.

Mr Bello added that the PVCs of FCT residents were already at the Area Council Offices, and were being sorted and arranged according to polling units for easy and hitch free collection.

The REC said the collection of PVCs would be at the six area councils of Abaji, Bwari, Gwagwalada, Kwali, Kuje and Abuja Municipal Area Council (AMAC).

He also disclosed that collection at all the other area councils, would be done in just one place, which is at the INEC offices however, and that only AMAC, would have two centres which are at Karu and the FCT INEC office Area 10 office.

He explained that there are two Karu close to each other, saying one is Karu in Abuja, and the other is Karu,  in Nassarawa, and advised those who live in the Karu in Nasarawa not to mistakenly come to Abuja.

Mr Bello encouraged the electorates to first of all check the list posted by INEC, to confirm their names before joining the queue to avoid unnecessary confusion.

He said those that had lost the slips given to them could still collect their PVCs, as long as they can identify their names on the list, and the office could identify their pictures on the PVC.

He however, said some people may not have PVCs, because of issues of double registration, adding that the commission cleaned its register and fished out such people.

The REC said that such an act was punishable by law.

According to him, this is because a peaceful campaign would eventually produce a peaceful turnout at the polls.

“If you start wrongly by bringing violence to the campaign, you will accept the violence up to the time of the polls, and even after the polls.

“So we want to appeal to them to please pipe down and allow the rule of law decide.

“We want to appeal to all those political parties and those who are going to participate in this election in the FCT to look inward, go to their people and sell their ideas to them so they can vote them.”

Mr Bello assured residents that their votes would count in 2023 as confirmed by the National Chairman, Professor Mahmood Yakubu, so there was no cause to worry.

He said that those that witnessed the off-cycle elections of Osun and Ekiti and other places saw that people’s votes counted.