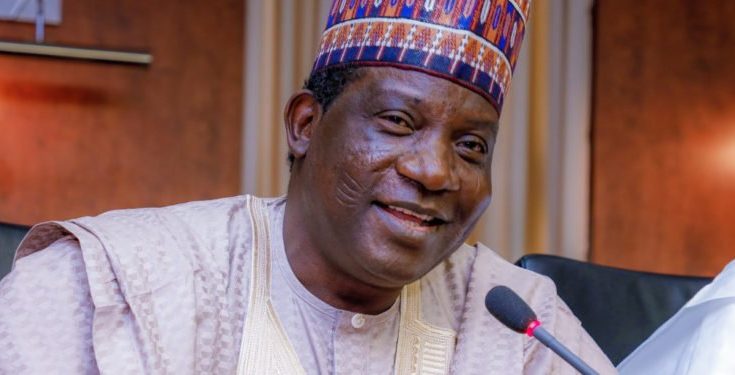 The Presidential Support Council of the All Progressives Congress has said the Plateau State Governor, Simon Lalong, will not resign his appointment as the Director General of the Tinubu/Shettima Campaign Organisation for the 2023 elections.

The National Coordinator of the group, Kassim Muhammad, who was a former Member of the Nasarawa State House of Assembly, stated this on Thursday in Lafia during an interactive session with journalists.

He said the Presidential Support Council had over 300 registered members, adding that Governor Lalong had no reason to resign his appointment because he did not violate any known law in the country.

Kassim was reacting to calls by some Christians in the northern part of the country urging the governor to resign his appointment as DG of the presidential campaign team.

“We have an outgoing President who is a northern Muslim, that is why some of us supported that power should shift to the South and being a Muslim myself, I supported Rotimi Ameachi to emerge as the presidential candidate but it was an election, and Tinubu won.

“Babachir Lawal and Yakubu Dogara heavily supported Tinubu at the primary, Akpabio and Fayemi who are Christians, stepped down their presidential ambitions for Tinubu who is a Muslim to emerge even when there was a Christian aspirant in the race, and if their actions were on the ground that Tinubu was more qualified, then Lalong has not done anything wrong in accepting to be the DG of the campaign.

“Lalong supported a Christian, it was an election and Tinubu, who is a Muslim won. If the likes of Babachir Lawal, Yakubu Dogara, Godswill Akpabio, Governor Fayemi and a host of other Christians had supported a southern Christian, all these issues would not have arisen.

“Majority of the votes garnered by Rotimi Ameachi were from the Muslims which clearly shows that they were committed to a southern Presidency through a Christian but because it was an election, Tinubu won.

“We have Muslims in the South-West but all the governors in the zone are Christians except the Osun State Governor who recently lost to a Christian, but no Muslim protested.”

Kassim said Babachir Lawal and Yakubu Dogara should not introduce religious politics in the country because they lost out in their attempts to be the vice-presidential candidate to Bola Tinubu. Continue Reading