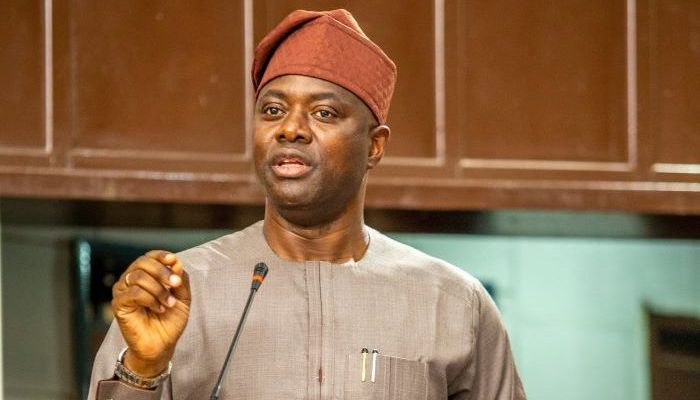 The post-presidential primary crisis that has hit the Peoples Democratic Party (PDP) is not over.

He stressed that the candidate and chairman cannot come from the same bloc region.

The governor said Southwest PDP stakeholders believe that Ayu’s resignation should be the baseline for restructuring and unification.

Makinde said if the controversy triggered by the distribution of positions is not resolved before next year’s polls, Southwest will continue to nurture the fear of exclusion.

But, the presidential candidate, Atiku Abubakar, who met with Southwest PDP leaders and candidates in Ibadan, the Oyo State capital, said if Ayu must resign, his exit must follow due process.

“People have spoken here and they have spoken about the positive sides of things. But we do have challenges in our party. We have issues to address, but one good thing is we have the capacity to address those issues.

“I have seen people abuse me on social media, saying this thing is about Wike, Makinde, Ortom, Ikpeazu or Ughanyi. The truth is we do not have any issues either with our party or with our candidate.

“If there are challenges, we must bring them to the table so that we can address them to ensure that our journey is smooth and we can get to our destination. This is not about individuals.

“And this is where we are. Are there issues coming out of those that we need to address so that we can be successful at the end of the day? The answer is yes and we will address them.

“Integrity and honour must be a part of our national psyche.

“The Yoruba have a saying that if someone promises to give you cloth, you will firstly look at what he or she is wearing. If the person is wearing what is befitting then, you know that the person has the capacity to give you what you can wear.”

Makinde added: “When we launched our new party logo, we said we wanted to rescue Nigeria. Our candidate is a unifier; he will unify Nigeria.

“We want to restructure Nigeria. I have listened to our candidate publicly and privately. I have had interactions also with him. He mooted the idea of a government of national unity.

“Privately, he said to me that in 1999, he won the election at the national level, but he wanted others to come and he moved towards almost a Government of National Unity.

“He invited individuals from other political parties to join the national government. So, our party is talking about unifying this country. We are talking about the government of national unity because eight years of APC has left us badly divided.

“Well, the issue is we must practice what we preach. If we want to unify Nigeria, we must unify PDP first.

“If we want a government of national unity, the faces in PDP must reflect national unity. If we want to restructure Nigeria, we must have the willingness to do what is right to bring inclusivity into PDP.

“But, before the elections, the Southwest PDP wants a situation where your message to Nigerians can resonate and the only way that can happen is the face of PDP.

“The Southwest PDP is asking that the National Working Committee (NWC) of the PDP be restructured. Our candidate is from the Northeast. The PDP national chairman is from the Northcentral. Governor Aminu Tambuwal, the Director General of the Atiku campaign, is from the Northwest.

“We must resolve the issue of what we have in the face of Nigerians by asking the national chairman to step down so that the PDP in the Southern part of National Chairman, Iyiorcha Ayu, who was represented by the Acting Chairman, Ilya Damagum, while thanking Makinde for hosting the meeting, appealed to members, saying the party is in a trying period.

He said members should commit themselves to the party, assuring that they will be rewarded accordingly.

He said PDP considered diversity in the choice of its presidential candidate and running mate.

The Vice Presidential candidate, Delta State Governor Ifeanyi Okowa said only the PDP has a written blueprint for Nigeria.

He described Atiku as the only medication that can be prescribed for healing, noting that any other one will put the country to death.

Senator Adeleke said Nigeria needed Atiku as a unifier and bridge builder, adding that his economic blueprint is the best for the country.

He added that Atiku is the man to salvage the sinking ship, urging Southwest to rally around him.

Speaking on behalf of former governors, Oyinlola said the region had agreed that its demands should be presented at the meeting by Makinde.

Olujimi, who spoke on behalf of federal legislators, said Atiku should be supported by the region in 2023.

Ikpeazu said for Atiku to win, PDP must be courageous to take a stabilising decision.

He said there must be genuine reconciliation if PDP must rise above the current challenges.

Ikpeazu, who enjoined the BOT to look at the issues dispassionately, expressed the hope that the new BOT Chairman as a career diplomat would rise to the occasion.

The governor described Abia as a PDP State, assuring that the party will always win.

Wabara said PDP has a conflict resolution mechanism to handle its problems.

The chairman was accompanied by other BoT members – former Governors of Enugu and Kogi States, Dr. Okwesilieze Nwodo and Alhaji Ibrahim Idris; 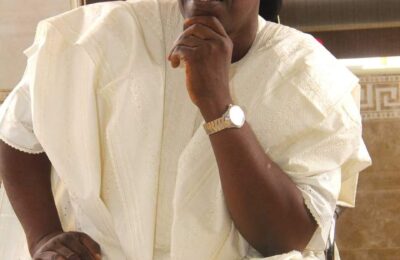 Osun Guber: Why Dotun Babayemi is better off?