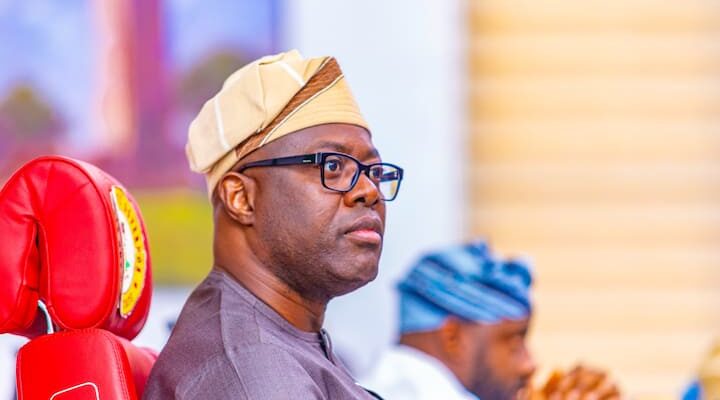 Supporters of Peter Obi, the presidential candidate of Labour Party organized a rally in Ibadan, Oyo state There were rumours that the state governor who is a member of the PDP, Seyi Makinde, was seen at the rally Reacting to the claim, the governor said it was false and aimed at confusing the people

Governor Seyi Makinde of Oyo has refuted reports of him attending a rally organized by supporters of Peter Obi, the presidential candidate of Labour Party in Ibadan, the state capital, on Saturday, September 3. In statement issued by his Chief Press Secretary, Taiwo Adisa, the governor described the report as false and misleading, Vanguard reports.

Part of the statement read: “To say the least, the publication is a falsehood, packaged to deceive the unsuspecting.

Makinde disclosed that he was not even in the state when the event happened as he was enjoying the last days of his leave abroad, PM News reports. “How is it possible for the governor who was observing the last days of his leave outside the country to be spotted among the so-called Obidients in Ibadan?” he asked. Adisa noted that efforts by Obi’s supporters known as Obidients, to stain the reputation of Oyo governor on accounts of false claims will not be tolerated.

Zombidients are those who support him cluelessly with their eyes closed and do not understand what the man even truly stands for.

He said the last group, the Obidiots, are thugs, touts lurking online waiting to attack anyone who doesn’t support their candidate. The OAP’s classification did not go down well with Obi’s supporters and they took to social media to criticize him. Lady sacked at work for joining ‘Obidient’ rally gets scholarship Meanwhile, a young lady, Regina Ledum, who was sacked from her job for attending a rally organized in honour of Peter Obi in Port Harcourt, Rivers state has been given employment and scholarship by a pastor.

Apostle Chibuzor Gift Chinyere, the General Overseer of the Omega Power Ministry (OPM), came to the rescue of Regina after her story went viral on social media. Regina had said she was sacked as a receptionist in a hotel after returning from the rally. Continue Reading