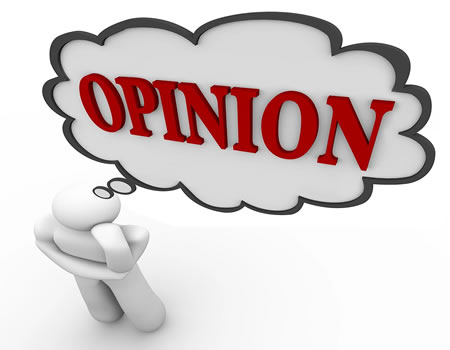 Making the railways safe for Nigerians

WHEN the Federal Government of Nigeria resuscitated the rail system of transportation, it was an era of jubilation in almost every part of the country. Even though trains were still being used as a means of transportation in Nigeria, very few people were aware of their use until the Goodluck Jonathan government and the present government made it a point of duty to publicise the refurbishments in that particular sector of transport. It was a welcome development that got everyone elated. Train stations all over the country were renovated, more staff were employed and everyone embraced the proposed new dawn. Rail is probably the best option for transport traders that have a lot of goods to carry inter-state, because it avails them the opportunity to carry much unlike buses and cars. The train wagons can take as much load as they want without hassles. It is also considered cheaper compared to going to far distances by road for the common man as travelling by air is too expensive.

The roads have become deathtraps due to constant accidents. This poses a challenge to Nigerians going on long journeys within the country.  Many lives have been lost prematurely just because of the terrible situation of the roads, thereby causing many people to have aversions for travelling by road. There have also been cases of armed robbers attacking travellers and even kidnapping on the highways. Many have been taken hostage while travelling from a state to the other. Some have been lucky to be released though not until members of their families had parted with large sums of money. Many have not been lucky enough to come back home. It is old news that kidnappings have virtually become daily occurrences in Nigeria and that kidnappers do not have respect for anybody. Pastors, Imams, children, men, women and even kings have all been victims. We constantly hear these stories weekly, coupled with the cries of victims’ families lamenting on how wearisome getting the demanded ransom is. Some have to go as far as selling their valuables like cars and houses so as to meet up with the set deadlines of the kidnappers. These kidnappers are so heartless that even after collecting ransoms, they still go ahead and murder the victims.

The thinking of the average Nigerian when the Federal Government began working on the railways was that of relief. It was a “Eureka!” period as the thought of unnecessary accidents on the roads, having to spend more hours on roads due to the deplorable states of the roads and fear of being kidnapped would be greatly reduced. With the train, you can calculate the number of hours you’ll use on the journey unlike travelling by road. Unfortunately, it seems there was no proper planning even for the safety of those boarding the trains when the trains came back fully into operation. Since the re-introduction of this form of transport, there have been  major attacks on the trains in some parts of the country. One was the Kaduna-Abuja train attack and the very recent attack on another leaving the Igueben train station, Edo State on its way to Warri, Delta State.

Many were injured, kidnapped and even killed during these two attacks. Some of the kidnapped victims are still within the perpetrators grasp as they demanded for large sums of money before any of the victims could be released.  It was in the news that a whooping amount of N620 million was demanded by the kidnappers of the Edo state case just after 72 hours of the abduction. The issue in most cases of kidnapping is that the families of the victims bear the brunt as earlier mentioned. It is the families that go about looking for every means possible to meet deadlines so as to get their loved ones back and alive, hopefully. The question now is: After the first attack happened, was the government not able to put good measures in place to forestall a recurrence? Does it mean that the government prefers to be lackadaisical about the whole issue, laying emphasis on the money to be made via this avenue only? Does the financial gain supersede the lives of the people? Is there no arm of security tough enough to face any battle or attack at any point in time in case of recurrence?

One would have thought that very tough measures would have been put in place so that the lives and properties of people patronising the railways would be safe, especially putting into consideration the way and manner bandits and terrorists have been causing a lot of mayhem in the country recently. Instead of attaching a large number of our security agents especially in the police force to the big shots in the society, they can be stationed on trains all over the various stations across the country. They can be attached as escorts to and fro and should be fully armed. The Special Police Unit (SPU) who are actually trained to protect individuals can be recruited for this assignment rather than attaching them to celebrities, politicians and only individuals who can pay for their services. They are being paid salaries with taxpayers’ money and should be made to do the job for the people who are invariably their employers and not for a selected few. The government should do everything in its power to beef up security at train stations and inside trains to protect the people. Security agencies like the Nigerian Security and Civil Defence Corps (NSCDC) can also be added to complement the police in order to make this work. If the number attached to each train before now was six, it could be increased to 12. Barracks can be built around flashpoints. Military outposts can also be stationed there. Once these kidnappers know that at each point, officers are on standby, it may curb their activities. Aerial surveillances with drones can also be used to check for ambushes. Helicopters should be on standby for cases of emergencies to bring security agents around anytime there is an attack.

As much as some people prefer trains to cars and buses, this issue of insecurity is making it hard for people to go back to the use of trains as no one wants to put themselves in harm’s way knowingly.The railway system can be made safer and cease to be the devil’s den.