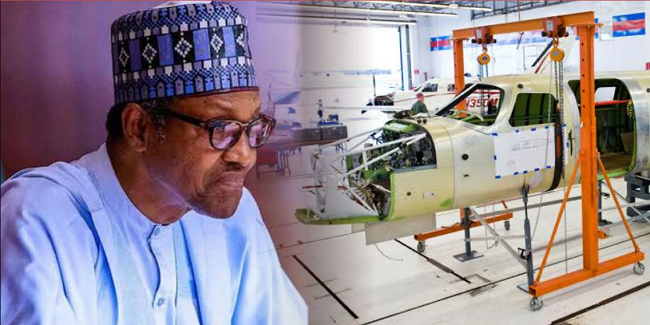 THE recent approval of the sum of N2.3 billion for the commencement of local assembly of Magnus Centennial Aircraft at Nigerian College of Aviation Technology, Zaria, Kaduna State by the Federal Executive Council (FEC) has elicited reactions from the different key players in the sector.

The Minister of Aviation, Hadi Sirika, who unveiled this after the FEC meeting in Abuja last week, expressed optimism that the Nigerian aviation industry would soon progress into local manufacturing of aircraft.

“I am happy to announce today is the reality; we will indeed assemble the Magnus aircraft and will continue to do so and in a not too distant future, by God’s grace, the industry of civil aviation will begin to manufacture right here in the country aircraft.But we are beginning by assembling these training aircraft and it will happen very soon. The memorandum has been passed in council; the manufacturer of the airplane is based in Hungary.”

Commenting on the news, the managing director of Centurion Security Services, Group Captain John Ojikutu, (retired), queried the motive behind delving into such a project by a government which has less than three months in office.

Ojikutu while wondering if the N2.3 billion approved was meant for just the building of the plant or if it included the aircraft parts for assembly, assembly machines/platforms and whether there would be technical partners or where would the assembly engineers and technicians come from, doubted if they are all feasible within three months.

“What type of aircraft plant are those in the administration of our government planning to establish within three months to the end of the term of the administration for the industry? What is the available market for the type? If the aircraft would be the type for training pilot, why establishing a plant and why would one of the Nigerian Aviation College of Aviation Technology’s (NCAT) hangars be expanded for the aircraft assembly?

He cited how in the early 80s the Nigeria Air Force was assembling its training aircraft  at the Dornier Hangar in Kaduna with over a hundred of them being assembled for the primary training of the NAF pilots there.

While agreeing with the suggestion of diverting such money to the NCAT hangar, the aviation security expert declared: “I doubt if all these are possible in three months alongside the planned national carrier, airport concessions, MRO, aerotropolis, etc. The rush now in the spending on neglected aviation infrastructure of over twenty years should call for the concerns of the major stakeholders and the responsible aviation authorities. We have for long neglected the manpower development just as the critical safety infrastructure, especially airports runway and approach lightings, have been deprived periodic maintenance and repairs for long.

Just as the Murtala Mohammed Airport domestic runway lightnings have been left unattended to for over 13 years, so has the intermediary parallel taxiway between the two runways been neglected for repairs in over 20 years.

An Arik Air A340 aircraft has made the taxiway its permanent abode and nobody is looking into that direction to estimate the delays it has been causing the control of aircraft within the aerodrome traffic  Who will save us from ourselves?

In her opinion, one of the leading female analysts in the sector, Sindy Forster said a gigantic project like the aircraft assembly plant will take eighteen months to deliver as against the three months remaining for the present government.

Sindy who called for the improvement  and optimization of the existing aviation educational establishment rather than embark on a new aviation and aerospace university already underway, lamented how the government had overstretched its resources hence, not much should be expected in terms of delivery.

Speaking on the importance of aircraft maintenance facility which she said should have been given priority over such projects like the national carrier and airport concessions, Sindy remarked: “Every study on Nigeria has shown the need for and the potential of the MRO market in Nigeria in terms of stabilizing local airlines capacity and reduction of capital flight to foreign MROs. Yet this critical part of aviation infrastructure has not been developed by successive administrations. Without local maintenance foundations in place the industry will continue to under develop and underperform. It was a no brainer that this should have been a pillar of the roadmap which should have been developed before the airport concessions and National Carrier project.”

When asked why the project of aircraft assembly plant should be mooted three months to the end of the government, Sindy while describing the move as a common practice stated:”It is common practice to spend a lot on projects in the dying days of an administration, we have seen it time and time again. A popular opinion as to why, is economic benefits to the current incumbents rather than over spilling to the new administration. Whether that is truly the motivation I cannot really say. In the case of this administration they were very ambitious with the roadmap which subsequently has got stuck in traffic as it were. Aviation is not something you can neatly pack into 4 year cycles. It encourages transactional  project focused development rather than strategic industry defining development.”