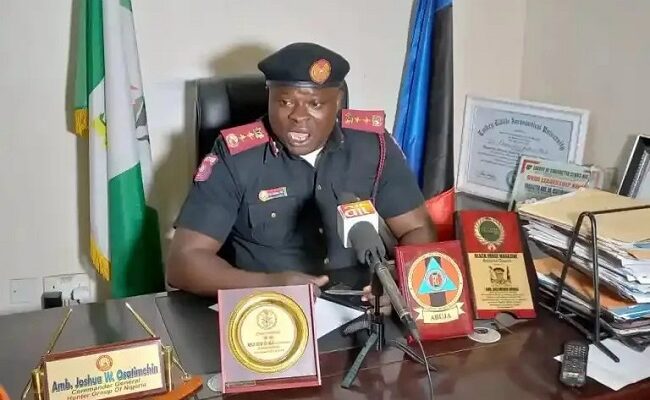 Ongoing efforts toward tackling insecurity gained a boost as the Senate and House of Representatives passed, through Third Reading, the Nigerian Hunter and Forest Security Services Bill (NHFSS) Bill, 2022.

The Senate had passed the bill in April this year while it was endorsed this week by the House of Representatives.

Speaking with newsmen in Abuja on the passage of the Bill by the House of Representatives, the NHFSS Commander General, Ambassador Joshua Osatimehin said the move has shown the determination of the lawmakers towards combating insecurity in the country.

He commended the two chambers for approving the Bill after legislative deliberation and public hearing on the Bill in the past six years.

According to Osatimehin, the Bill when finally signed into law by President Muhammadu Buhari will give legal backing to the activities of NHFSS nationwide.

The Commander General of NHFSS reiterated the determination of the Service towards complementing the efforts of formal security agencies in the fight against crimes most especially in the forest.

“Officers and men of NHFSS have already undergone series of training on security and intelligence gathering and are fully prepared to hit the ground running as soon as the Bill is signed into law and this will no doubt go a long way in improving the state of the nation’s security,” he explained.

While advising officers and men of NHFFS to remain patriotic and committed to their duties, Osatimehin called for the support of all Nigerians in putting an end to security challenges confronting the country.