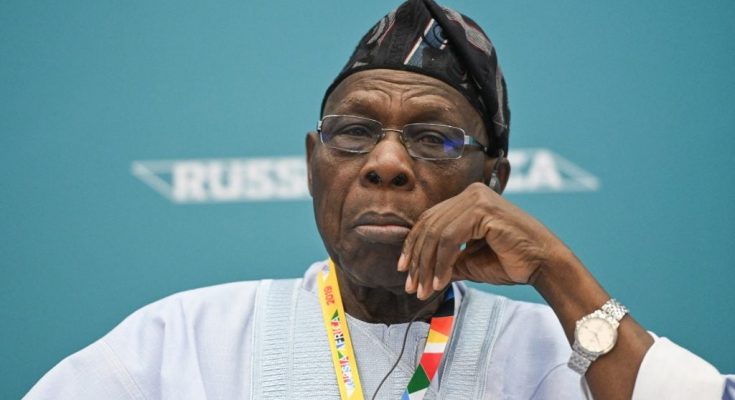 Former President Olusegun Obasanjo always throw surprises. At the age of 84, many expect that the elder statesman would shun social activities and retire to his shell, but this has not been the case. He’s active on the social scene and steals the show effortlessly wherever he goes.

At the recently held second anniversary of the Love of Christ Generation Church Cathedral in Victoria Island, Lagos, guests saw another side of the former Head of State. He was a preacher at the event.

Although Obasanjo admitted that he thought he didn’t deserve the honour, he didn’t want to disappoint Rev. Mother Abimbola Esther Ajayi, who also used the occasion to celebrate the 15th anniversary of her London church. He thanked her for choosing him to give a message even though he was not an ordained pastor.

He started his sermon with a praise song; then led a short prayer session. He thanked God for the opportunity to see the day and asked Him to open the hearts of everyone to the message.

After recognizing the presence of the Ooni of Ife, Oba Adeyeye Ogunwusi, who recently took a new wife, and other prominent personalities, he gave the title of his message as Giving Testimony. He said he had decided to follow the path of Pastor Enoch Adeboye who preached at the unveiling of the cathedral last year.

Musiliu Akinsanya, better known as MC Oluomo, also caught attention at the event as he paid homage to the elderly. Guests were seen talking about his humility. He prostrated before the Ooni and other top dignitaries who attended the event. Continue Reading