Home Politics Once upon a country and its porous air agreements 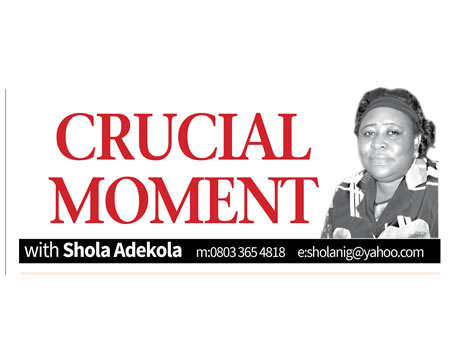 Once upon a country and its porous air agreements

Last week the federal government through the minister of aviation, Senator Hadi Sirika signed an air transport agreement otherwise known in the aviation circle as a Bilateral Air Services Agreement (BASA) with Seychelles, a fellow African country located in the Eastern region of the continent.

Obviously, the latest agreement would have been a very exciting partnership due to many factors ranging from the beautiful location of the country, it’s natural ambience and the hospitality nature of the small country which have all contributed to making the country a tourist destination.

Nigeria whose citizens have been  adjudged to be lovers of pleasure and exploration have signed their names on the sand of the country through the huge numbers of the Nigerian citizens trooping into the beautiful island to relax away from the frustration and depression thrown at them through bad governance spanning through ages.

Ideally, BASA as an agreement, concluded between two countries to liberalize commercial civil aviation into each other’s terrain, automatically enables designated airlines from both end to operate commercial flights covering carriage of passengers and cargo between the two countries concerned.

Therefore, the government of Seychelles must have done its homework on the traveling pedigree of Nigerians with the huge capital that drops in its GDP yearly from the load of Nigerians traveling to the country, and hence, found it worthy to sign the agreement with Nigeria.

This is one of the yardsticks that should be used to measure a patriotic and a forward looking government who will never dabble into any enterprise without weighing the pros and cons of the benefits such efforts will bring to the country.

Without doubt, while Seychelles have a lot to benefit from the agreement, the reverse may be the case of Nigeria as most previous BASAs Nigeria signed with countries around the world have remained to its disadvantages.

Presently, with the latest agreements, Nigeria’s BASA pacts must have exceeded 100 meaning airlines from the countries have the right to commence flights between their home countries and Nigeria anytime they choose to do so in view of the existing BASA treaty signed.

Agreed that there is nothing wrong in opening Nigeria’s airspace to other countries at least for the purpose of connectivity and seamless movement of humans and goods, but this beautiful opportunity becomes counter productive when it negatively rub off on the generality of Nigerians.

It is no longer hidden that out of the over 100 BASAs, while about thirty airlines from the home countries of the Nigerian partners operate freely into the country, Nigeria can not boast of two out of its indigenous carriers reciprocating these agreements.

Even the one or two reciprocating the pacts are doing so under heavy pressure being mounted on them by the same foreign countries on one hand and the lackadaisical attitude of the Nigerian government towards protecting its own airlines from unnecessary international aero politics.

On the contrary, how many Nigerian carriers have been supported by the government to fly into these countries and even the few designated to some of such countries when frustrated by the foreign countries hardly enjoyed the support of government.

All these anomalies have been responsible for the clarion calls from key players in the sector for the review of the BASAs for the economic benefits of Nigeria. Most of the foreign airlines operating here are doing so almost free as the government some years ago unwisely rushed to suspend the hitherto royalty levies the foreign carriers used to pay for the extra frequencies they operate outside the BASAs and thus turning Nigeria to ‘Father Christmas’.

Among the obvious questions calling for answers include: the economic benefits of the numerous agreements to Nigeria, the preparedness and backing of Nigerian carriers by the government to reciprocate these agreements.

Top on the lists of such disadvantageous agreements previously signed include the dual designation policy between Nigeria and the Great Britain which up till now is being enjoyed by the British Airways and Virgin Atlantic without reciprocity from Nigeria.

The open skies agreement signed between Nigeria and the United States 30 years ago, which allows as many airlines from the two countries to operate into each other’s territory which saw three airlines from America coming to Nigeria with no airline representing Nigeria remains one of the bad policies of government as America will not engage in any policy that will not benefit it and its citizens.

These and many more of such agreements signed have continued to serve as avenues for ripping off the entire country. Sadly, despite the obvious lacunae in the agreements and the controversy over them, it is expected that the minister as the representative of the government will review the previous ones put its house in order through the creation of an enabling environment for the indigenous carriers and take into considerations what the country stands to gain before rushing to add more to the problematic agreements. This is what is obtained in saner climes and Nigeria cannot continue to do things differently.