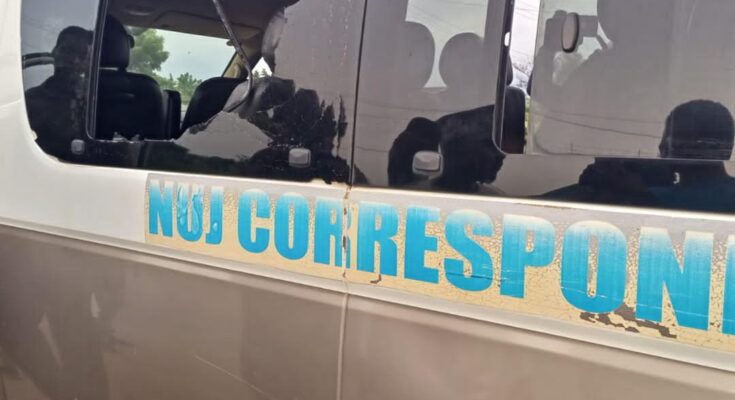 …urges PDP to rein in its supporters

The Campaign Council for the re-election of Governor Adegboyega Oyetola has condemned in strong terms the attack in Gbongan on its supporters and other members of the public, including journalists by some hoodlums loyal to the opposition Peoples Democratic Party, PDP.

The condemnation was contained in a statement signed by the Director-General of the Campaign Council and Senate’s spokesperson, Sen. Ajibola Basiru.

The attack took place shortly after the Governor and his entourage left the Campaign ground at Gbongan in Ayedaade Local Government area of the State. The All Progressives Congress, APC, candidate and incumbent Governor, Adegboyega Oyetola, had visited Gbongan, Orile-Owu and Ode-Omu, all in Ayedaade Local Government as part of his campaign tour ahead of the July 16 governorship contest.

The Campaign Council further noted that its
intelligence gathering indicate that those who carried out the attack are known PDP supporters in Gbongan. It therefore urged the PDP to rein in its supporters, just as it appealed to its supporters to remain calm in the face of this obvious provocation. While insisting that violence cannot give the PDP votes, the Campaign Council further urged its supporters not fight the PDP but come out en mass on July 16 to vote massively for Oyetola so as to shut their mouths permanently.

“The PDP candidate had given enough notice that he was ready for violence. But we have better things to offer the State, that is why we have been marketing our candidate in a most peaceful and responsible manner. And as we all know, our candidate, Mr Governor is a peace-loving man and will not encourage any action that can jeopardise the peace we enjoy in the State.

“They had their State and National Assembly primaries on Sunday, it was characterised by violence and attacks. We never knew they would extend same to us on Monday. We were done with our campaign. Our candidate had left the place, the rest of us were leaving when they launched the attack. “We have it on a good authority that one Yinka Tailor of Arapajo Street, in Gbongan, a known PDP supporter led the attack on our people and the journalists in our convoy.

“We condemned this attack and urge the police authority to fish out the perpetrators, especially the alleged ring leader that has been identified,” the statement added. Continue Reading