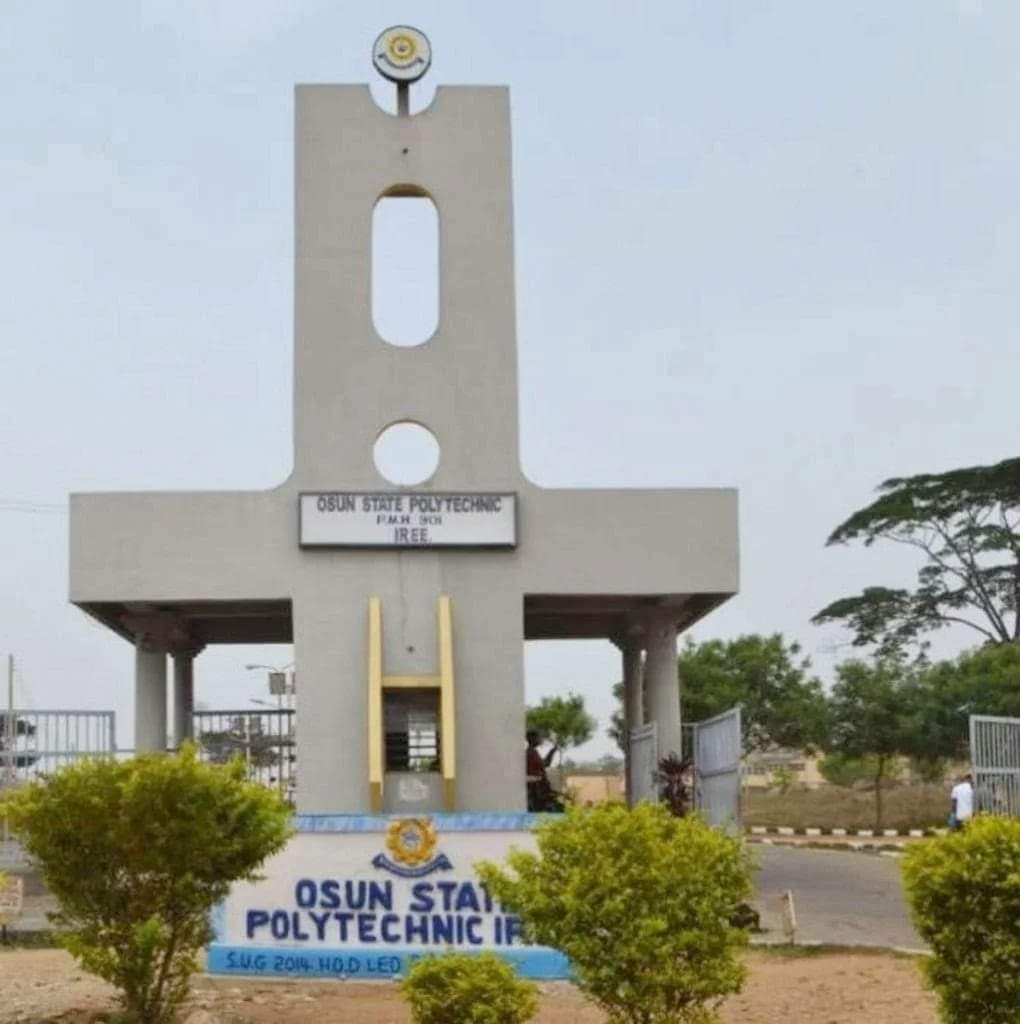 Some students of the Osun State Polytechnic (Osun Poly), Iree, Osun State have alleged that the institution management is deliberately withholding their Higher National Diploma results.

They also lamented that the neglect from the Osun Poly management has prevented them from going for the National Youth Service Corps (NYSC) scheme.

In a chat with Nationnewslead on Thursday, a representative of the aggrieved students, who preferred his name not to be mentioned, disclosed that he and other students have graduated from the school since December, 2021.

He complained that the continued delay of their results was also causing many of the affected graduates to lose job opportunities.

According to the student, the Osun Poly management singled them out because they did not earn their National Diploma (ND) results from the school.

They alleged that after the payment of N20,000 as verification fees, they have not seen any concrete evidence that the school management was addressing their plight.

In his words, “The affected students are from Kwara Poly, Poly Ibadan, Gateway Polytechnic and others.

“8 months after graduation, we don’t have our results. No Mobilisation for NYSC. We the affected students are just lamenting. Many of our colleagues are now in NYSC camps, but we cannot go because we did not do our ND in Osun Poly. I could not go to my parents again. I don’t know what to tell them again.

“Most of my colleagues’ parents have continually hit them hard on this matter.

“I have travelled down to Osun on more than 10 different occasions because of the issue just to know what is going on, but we keep getting the same response all the time.

“I am not even in the southwest right now. Since I had no hope of getting my result anytime soon based on the neglect, that is why I travelled to Abuja to find some petty work to do.

“The management is just heartless, always sitting on the fence.”

Responding to the allegation, the institution’s Public Relations Officer, Tope Abiola told our correspondent that the verification of the results of the affected students was the normal thing to do.

Abiola, who acknowledged that the students paid for the verification, added that the exercise became necessary so as to screen fake National Diploma results.

The institution’s spokesperson disclosed that some schools have verified the results of some of their ND students, while others were yet to do so.

“It is a normal thing for management to verify the authenticity of the studentship and graduation from the former institutions.

“We have gone to the respective schools where they earned their National Diplomas.

“We have to wait for their response. Some have not responded. some have responded.

“We have started to take care of the students of those schools that have responded. We are still waiting for their responses and when they do within the next few days, we will go through with it. They should be patient.

“Some of them brought fake National Diploma results and we cannot clear them with those fake results.

“Those who are sure they completed ND from their former schools should wait until we hear from their schools.

“It is possible to cook up anything in Nigeria, even with their academic transcripts,” he concluded. Continue Reading