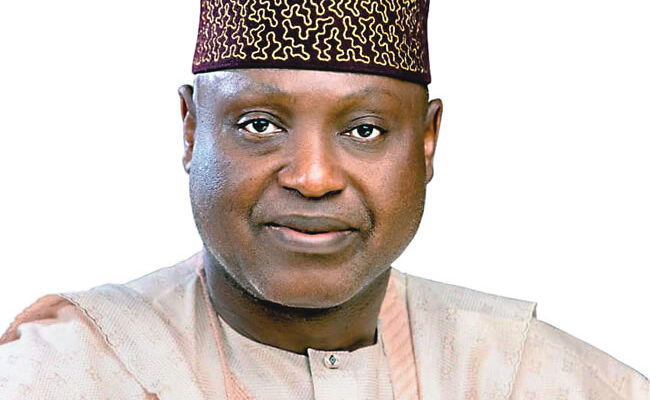 Oyebanji: A governor with native intelligence

“I present to you today, the first set of our appointees”

HE looked around again inside the pavilion and repeated; “I hereby present to you our first set of appointees.”Gradually, all the frayed nerves began to calm down with the phrase; “our first set” used by Governor Biodun Oyebanji while swearing in his new cabinet member during the week.

To finally unsettle the politicians looking in askance about the profile of those newly sworn in advisers, majority of whom were strange faces, the governor said; “I’m not unmindful of the fact that there have been concerns on the configuration of these appointments. I will like to place on record that I am committed to my campaign promise that party leaders will play a very critical role in appointments to political offices at the appropriate time.”

He perceived the atmosphere in the hall and assured them that those newly sworn in were technical men who would prepare the ground for the political appointees coming on board soon. “I went far and near to beg for them from their various places of work and from their spouses in order to come and help me lay a solid foundation on which the yet-to-be-appointed political appointees will build upon.” Without mincing words, the mood in the hall changed.

Like a school teacher who wants his message to sink, whenever the governor makes a statement which he wants the audience to take cognizance of, he will relax for a second and after the round of applause subsides, he will repeat the statement so as to give credence to his statement that it is not just a mere political gimmick.

Even when he makes a jocular statement and people burst into laughter, like a dexterous comedian who knows his onions, Oyebanji doesn’t laugh. Just like when he said; “Aba Atiba (referring to the former APC Chairman newly sworn in as Adviser), I can hear people here calling you, the G.O,” everyone in the hall, especially those who can decode it busted into hilarious laughter but the governor looked straight into the audience, having gained their attention, continued with his speech. What a local homeboy in action!

Come to think of it, the governor is damn too unpretentious because he made it clear that these appointees are technocrats who are already made in their chosen careers though green horn in the field of politics except for few of them like the former State Chairman of the ruling party, High Chief Jide Awe and one or two of them. Going through their dossiers one will see that they are in their 30s and early 40s with intimidating curriculum vitae.  No wonder the governor was willing to flaunt their profiles by asking that their citations be read to the hearing of all that seated in the hall no matter the duration it took to read it out one after tkhe other.

The new appointees and their portfolios are Akintunde Oyebode, Commissioner for Finance, and Oyebanji Filani, Commissioner for Health. The Special Advisers are Niyi Adebayo, Budget, Economic Planning and Performance Management; TayoAdeola, Investment, Trade and industry; Ebenezer Boluwade, Agriculture and Food Security; Kofoworola Aderiye, Education, Science and Technology; Jide Awe, Political and Inter Party Affairs; Tope Ogunleye, Bureau of Special Project; Seun Fakuade, Governance, Reforms and Innovation; and Olayinka Oyebode, Media and Strategy/Chief Press Secretary. Shortly, after his resumption of office in October, The governor had appointed Habibat  Adubiaro as the Secretary to the State Government and DayoApata as Attorney-General and Commissioner for Justice.

Having stated that the chief consideration for their invitation to serve was the compelling resume of their “excellence in character, career attainment, experience and aptitude,” the governor challenged them to note that “political leadership in our climes comes with its inherent burden and contradictions which you must quickly understand. As top government functionaries, you will, expectedly, come under intense pressure. You, however, need to develop a positive mindset to manage expectations with compassion, firmness, magnanimity and fear of God”.

Noticing the conviviality in the hall after the new appointees had taken their oath of office, the governor quickly quipped words in support of the Presidential candidate of his party, Asiwaju Bola Tinubu, appealing to members of the All Progressives Congress (APC) in Ekiti to continually market the party’s presidential candidate as to win the 2023 poll.“As we embark on electioneering campaign to choose the next President for our dear country, I appeal to all political parties to adhere strictly to the campaign rules and regulations by ensuring that campaigns are issues based and devoid of violence and rancour,” he said.

One interesting attribute of a local politician which one cannot but notice in him while leaving the hall was the way and manner the governor was shaking hands and interacting with admirers and leaders who were all jostling for his attention.  Surprisingly, as he was about to enter his vehicle, he went out of the red carpet to invite one of the guys which one would regard as area boy to talk into his ears.  This was one of those boys who had once felt neglected, now having tete-atete with the governor. Isn’t this the herald of a new dawn?

A chartered accountant and Fellow of the Institute of Chartered Accountant of Nigeria (ICAN) has about 30 years experience in banking and financial management. He holds a Bachelor of Science degree in Forest Resources Management from the University of Ibadan and a Master of Science degree in Agricultural Economics from same institution. He also holds a Master of Business Administration (MBA) (specialising in Finance and Strategic Management) from the Wharton School, University of Pennsylvania, USA.

An alumnus of Lagos Business School, Victoria Island, Lagos, has an extensive working experience in banking and agribusiness. He holds a Bachelor of Science degree in Agriculture form the University of Ilorin (2002) where he was the Best Graduating Student of his department. He also has a Mastersdegree  in Agricultural Economics from the University of Ibadan (2007). He started his working career as Project Supervisor, Yobe State Agric Development Programme in 2002. He later joined Oceanic Bank in 2004, where he held different positions till 2011.

An Investment Banker with over 30 years cognate experience in originating, structuring and executing complex transactions, Treasury Management, Securities Trading, Business Development, Risk Management, Asset and Wealth Management. She holds a degree in Economics from the Ondo State University, Ado-Ekiti (now Ekiti State University) and a master’s degree in banking and Finance from the university of Lagos. She has professional capital market qualification in Securities Trading and as Associate- Chartered Institute of Stock broking; and general management trainings at Lagos Business School, Dublin Business School, University of Witwatersrand, National University of Singapore and Harvard Law School.

Under Dr.Fayemi, Fakuade conceptualised and designed public sector innovation frameworks that can improve government efficiency through digital technology innovation including Citizen/Resident Innovation Management Project, a Digital Ekiti Initiative concept plan and kick started e-governance solution projects including digitization and archiving.  In addition, he also worked as Project Coordinator/Lead Project Implementation Unit of the Ekiti Knowledge Zone (where he worked with the AfDB in the project preparation pre-feasibility and design of the EKZ), Project Supervisor of the EKSG Geographic Information Systems (GIS) project; served as a member of the Technical Committee for GRID3, Member of LAMP.Fakuade had previously worked as Public Policy Strategist, Lead Economist and Governance Specialist at Brice &Quade, an economic intelligence and risk management research firm in Abuja and was Principal Partner and Lead Creative at Bedazzle Media (a Creative and Ad agency leveraging creative tools for public communications).

Olayinka Oyebode: Journalist, Media Manager and Strategic Communications Specialist with extensive experience in reputation management, policy communication and publishing is currently the Chief Press Secretary to the Governor of Ekiti State. He holds a Bachelors of Arts degree in English and Literary Studies from Ondo State University, Ado-Ekiti (Now Ekiti State University). Oyebode received specialised trainings in the fields of Journalism, Conflict Management and Corporate Communications in many renowned institutions including the International Institute for Journalism (IIJ), Berlin, Germany; where he got the German Government scholarship to study Political Reporting and Policy Investigation in 2009; Austrian Study Centre for Peace and Conflict Resolution, Schlaining, Austria 2008 and 2012 and the University of Kings College, Halifax, Canada (2015).

Oyebode had stints with the Punch Newspaper, as a Senior Correspondent in 2001 and rose to the position of Assistant Editor in 2008. He later worked as an Assistant Editor (Politics) with the Nation Newspaper between 2009 and 2010, before joining the Government of Ekiti State as Special Assistant (Media) to the Governor in December 2010. He was appointed Chief Press Secretary to Governor KayodeFayemi in June 2011.Between 2015 and 2018, Oyebode served as Special Adviser on Media and Communications to the Minister of Mines and Steel Development and got re-appointed as CPS by Governor BiodunOyebanji on October 16, 2022.

Dr (Mrs) Kofoworola Olabimpe Aderiye, mni; A seasoned administrator, retired Permanent Secretary and former Commissioner for Education, Science and Technology, Dr Aderiye has over 40 years experience in administration and education management. She obtained a Bachelor of Arts (B.A.) degree in English from the University of Ibadan, Ibadan (1979); Master in Public Administration (Obafemi Awolowo University, Ile-Ife, (1995) and Master of Science (M. Sc.) degree in Political Science from the University of Ado-Ekiti (2003). She bagged a Doctor of Philosophy (Ph. D.) degree in Political Science from same university in 2017.

Dr Aderiye joined the services of the Ondo State Civil Service as an Information Officer on 21st July, 1980 and was transferred to Ekiti when the state was created on 1st October 1996. She held different positions in different ministries before her elevation as a Permanent Secretary in 2008. She served as Technical Adviser, Education, Ekiti State between 1st April 2019 and 30th August 2020.She is a fellow of both the Institute of Public Administration of Nigeria (FIPAN), and Chartered Institute of Local Government and Public Administration of Nigeria (FCILGPAN).

Arc Temitope Ogunleye:An Architectural Consultant and Project Manager of repute, Tope Ogunleye was Special Adviser, Bureau of Special Projects, Ekiti State, between 2019 and 2022. Prior to that, he was Managing Partner at Onestream Consultants Limited, Lagos. He holds Bachelors of Science and Masters of Architecture (M.Arch) from the Obafemi Awolowo University, Ile Ife, and was the Best Graduating Student in his Masters’ class.The Ado-Ekiti born Ogunleye started his career as an Architect at the ministry of Housing, Asaba, delta State during his national Youth Service in 2006.  He joined Adeniyi Coker Consultants Limited as an Architect in 2007 and rose to the position of Senior Architect in 2010.

A graduate of Ondo State University, Ado-Ekiti (now Ekiti State University). He has served on the board of many institutions and companies including Nigerite Plc.  The Erinjiyan-Ekiti born, traditional chieftaincy title holder and astute grassroots mobiliser started his public service as a councillor between 1991 and 1993. 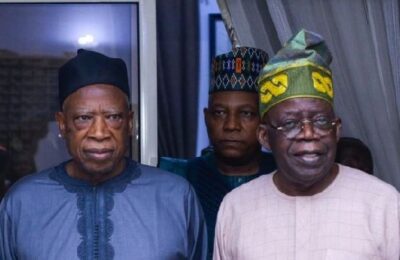