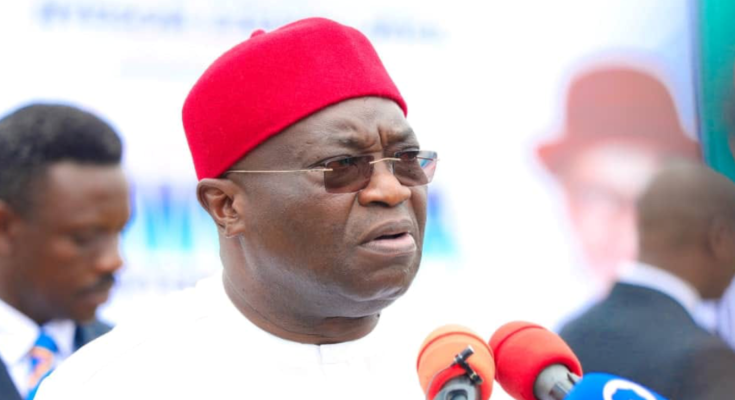 The Vice Chairman of Abia PDP, Ama Abraham, has asked Abians to appreciate Governor Okezie Ikpeazu’s ‘sterling’ performance and vote for the party’s candidates in 2023.

Mr Abraham made the appeal at a briefing in Umuahia on Tuesday to herald the Wednesday official launch of the party’s campaign for the 2023 elections.

He said that the event would provide the opportunity for the PDP-led government “to showcase its first eleven and finest gentlemen it has assembled” for the polls.

According to him, the party will formally present its governorship and deputy governorship candidates, Uche Ikonne and Okey Igwe, to the people at the event.

Mr Abraham said that the party would also present its flags to the Senatorial, House of Representatives and State House of Assembly candidates.

“It will also use the opportunity to present its visible scorecard based on the promises it made in 2015 and 2019 and also renew the promises which it would certainly fulfil,” he said.

He said the 2022 National Bureau of Statistics (NBS) Multidimensional Poverty Index report released on Thursday showed that the PDP-led government delivered its promises in 2015 to better the lives of the people.

Mr Abraham, who is also the PDP Acting Publicity Secretary, said the report marked Abia best in the South-East and one of the five best states in the federation.

He said that the state was ahead of Anambra, “when measured against deprivations in the key four sectoral indices of health, education, standard of living and security.

“The NBS report vindicated Ikpeazu and Abia PDP but embarrassed critics and detractors who never bothered to fact-check records before slandering the good works of an honourable man, the government he leads and the party that supports him.

“It is now up to the good people of Abia to decide on the continuity or otherwise of the PDP in the state.

“Knowing how appreciative Abia people are, it is an article of faith for us that they will choose the PDP that rescued them from the shackles of poverty in the past seven years,” he said.

He said the PDP, in concert with other arms of government, deepened good governance in Abia through “policies in the key sectors of the state’s socio-economic life.”

He said that the administration achieved great milestones in security, which explained why it ranked as one of the most peaceful states in the country, citing its achievements in health, education, power, economy and physical infrastructure.

He further said that the PDP invested heavily in education and youth empowerment, leading to Abia having the lowest unemployment rate in the country.

“This is not surprising given that Abia has consistently won accolades as the Small and Medium Enterprises centre of Nigeria under Ikpeazu’s watch.

“Overall, Abia people are better off today, many thanks to the untiring efforts of our strong-willed governor,” he said.

He appealed to the party faithful to “eschew politics of rancour, hatred, bitterness and mudslinging, just to teach the opposition that politics for us is not a do-or-die affair”.

Previous Post7 tips on how to prepare for exams within a short period Next PostGovernor Lalong mourns late Plateau legislator, Eric Dakogol 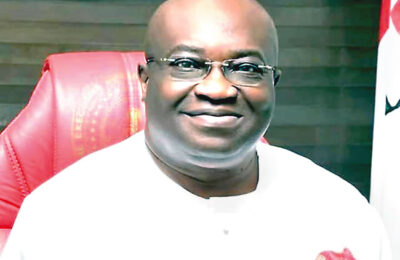