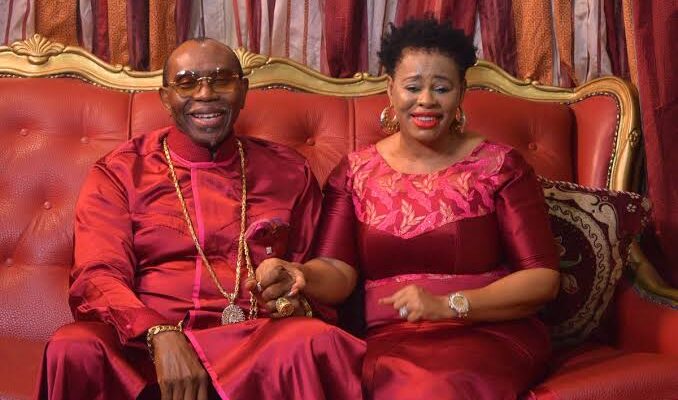 Dr Helen Oritsejafor, the wife of a former President of the Christian Association of Nigeria (CAN), Pastor Ayo Oritsejafor, has debunked and rubbished the reports that she and her husband have parted ways.

There have been some rumours in the past few days that the couple’s 25 years old marriage has crashed over allegations of infidelity, and irreconcilable differences, among others.

Mrs Oritsejafor has, however, come out to clear the air over the development.

In an official statement made available to Nigerian Tribune, she disclosed that she and her husband are still happily married.

According to her, she has never cheated on her husband, adding that the allegations of infidelity making rounds on social media are fake, malicious and the handiwork of the devil and his agents.

She also stated that her lawyers have been briefed on the development and those spreading the fake news would not escape the wrath of the law.

“Fam, my attention has been drawn to the fake and malicious news making rounds on blogs, social media platforms, and the newspapers against my character and that of my family.  It’s totally unbelievable, reprehensible, and unthinkable and it’s important that I make the facts clear.

“I am a wife, a mother and a woman of God, and I uphold the tenets of my Christian faith and marriage. My family and home are the most important part of my life.

“I, therefore, appeal to everyone to put our interest and that of our lovely kids above the need to profit from this baseless endeavour. My husband and I are not divorced unless people get divorced on social media and I have never been unfaithful to my husband, whom I love very dearly.

“These are works of the devil and his agents to dent my character and good works. Over the years, I have committed my time and resources towards reaching out to the needy, providing support to widows, and giving scholarships to orphans. I have also taught and mentored a lot of young women on the principles of building and living happily with their spouses through my various platforms both on and offline. I cannot go against my own beliefs.

“Don’t forget that life is a seed. To carry a piece of baseless news not supported is not only malicious but punishable under the law of the land.  I plead with the general public to give my family the privacy it needs and disregard cheap attempts to dent my image.

“In retrospect to the fake news, I have briefed my lawyers and all necessary legal actions are being taken. Thank you all and stay blessed.”

Previous Post48 Visa on arrival, e-Visa and Visa free countries you can travel to as a Nigerian  Next Post100 financial managers begin training in Bauchi for successful migration 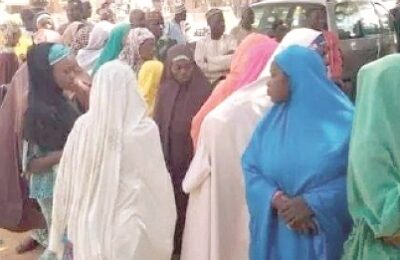