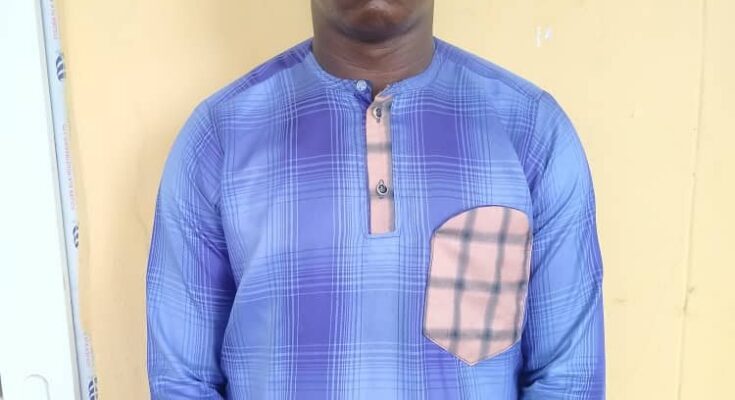 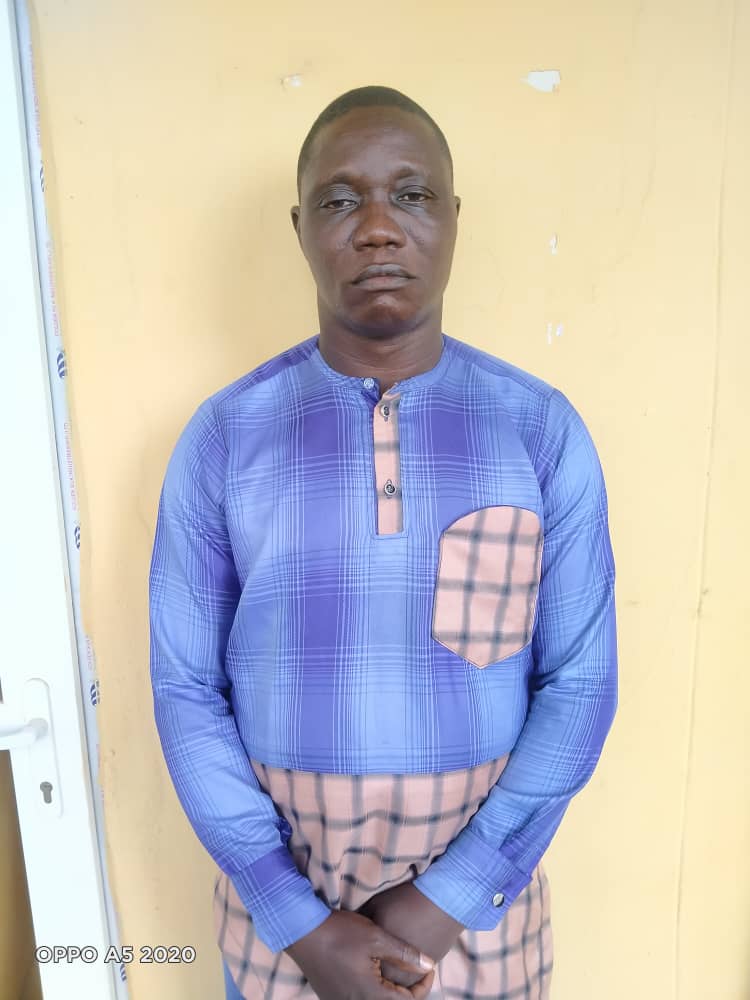 A self-acclaimed pastor has reportedly impregnated a 12-year-old girl in Ogun State, saying it was the devil’s handiwork.

The 48-year-old Pastor, Michael Abiodun is said to be the Minister in charge of The Light House Gospel Church, Oluwo, Owode Egba, in Obafemi Owode Local Government Area of Ogun.

Abiodun has since been arrested by the police “for defiling and impregnating a minor, whose mother was a member of his church.”

It was gathered that the victim’s mother had joined the church after battling a spiritual problem that allegedly led to the death of two of her daughters.

In order to prevent the victim from dying like her sisters, she had run to the church for deliverance.

“One fateful day, the Pastor a father of three, asked the victim’s mother to send her to him for special prayers but on getting there, the Pastor took her into a room within the church and forcefully had carnal knowledge of her, which resulted in pregnancy,” Oyeyemi said.

Upon the information, the DPO of Owode Egba division, CSP Olasunkanmi Popoola, deployed his men to the church where the said Pastor was arrested.

“On interrogation, he confessed to the commission of the crime but blamed it on the devil.

“He further confessed been the person who deflowered the victim, who was a JSS 2 student,” it was said.

Oyeyemi quoted the mother of the victim as saying that she did not know her daughter was pregnant until seven months after, saying her daughter had not been menstruating before.

The victim, who was delivered of a baby three months ago informed the police that she was threatened by the Pastor of dare consequences if she informed anybody about what happened between them and that was the reason she didn’t inform her mother, Nationnewslead learnt.

Meanwhile, the Commissioner of Police in Ogun, Lanre Bankole, ordered that the case be transferred to State CIID for further investigation and possible prosecution. Continue Reading