A chieftain of the Peoples Democratic Party (PDP) in the state, Chief Julius Amaorji has escaped death as suspected Ebubeagu security personnel attacked his convoy, and inflicted severe gun injuries on two of his loyalists. The loyalists are Samuel Okam and Micheal Orji.

According to Amaorji, popularly known as Ochiri Edda, the attack was allegedly carried out at the instance of the state chairman of the All Progressives Congress (APC), Chief Stanley Okoro Emegha, on Saturday at Edda, Afikpo South Local Government Area of the state.

Amaorji was said to have left a burial event at Ekoli Edda in the company of two others when the APC chairman who doubles as the special security consultant to Governor David Umahi barricaded the road with Ebubeagu personnel.

In a phone interview, Amaorji told journalists that he had no problem with Emegha that would warrant such an attack except that he is of the PDP. He said the victims were both receiving treatment at a hospital.

He said, “Yes my convoy was attacked as I was coming from Senator Ogbuorji’s house on Saturday, coming through Ekoli Edda. Stanley Emegha, the APC chairman and his Ebubeagu militia blocked me, started pulling some people from my car, and shot two people. My policemen were very active so I just managed to escape.

“The two guys are still in the hospital receiving treatment. They shot at one of the cars following me and shot two guys on the bike. They opened the car that was following and that was the car I use often. But this time around I used one of the Prado jeeps I brought down from Lagos. This is the first time I’m using it, so I believe they did not know that I was not in the other car. I believe I was their target because they knew it was my convoy.

“The only thing I know is that I’m in PDP and they are in APC.

“I have reported the issue to the police. I even called the commissioner of police myself.”

When journalists contacted Stanley Okoro-Emegha in a telephone interview, he questioned the journalists if they saw the affected people in the hospital.

“Did you see the people, which hospital are they?”

Meanwhile, the state police spokesperson, SP Chris Anyanwu said the report was not on his table.

“I have not been officially informed, I only got the information when a journalist called to ask me.” 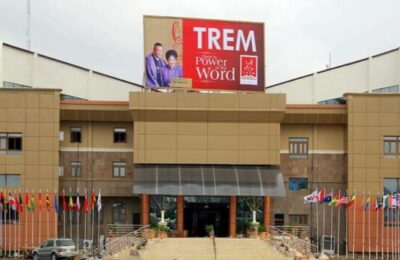