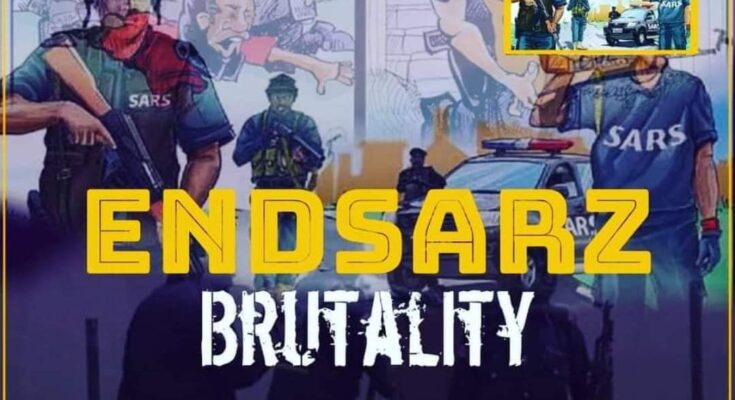 The Nigeria Police Force Public Relations Officer, Olumuyiwa Adejobi, in an interview with SEGUN ADEWOLE, addresses the claim that the #EndSARS protest included a struggle for better pay for officers

How can you compare your time as a state police command spokesperson to your time so far as the Force PRO?

My previous posting as a state command Police Public Relations Officer and now as the Force PRO cannot be compared at all. As a command PPRO, you deal with a state, but now I deal with 36 states, the Federal Capital Territory and more than 100 formations of the police across the country. Thus, the task is enormous, challenging and demanding. The office has put me on my toes in many areas and because of the sensitive nature of the office, there are many sacrifices one will need to make for better service delivery and efficiency.

During the #EndSARS protest against police brutality, the demonstrators claimed their demands included better pay for policemen. How true is that?

Well, I don’t like discussing #EndSARS for many reasons. However, it has become a history and reference point for many discussions today across the globe. I was involved in the crisis. It was not entirely a protest. I was the PPRO in Lagos State which was the epicentre of the #EndSARS protest then. It was terrible. The original agitators had some protests but they lost grip, control and focus. So, personally, I was not convinced that #EndSARS was meant to reform the police because the police lost so many things to the crisis, including lives and property. You cannot claim to speak for me and still kill me.

How do you rate the use of social media by the current crop of state police command spokespersons in addressing citizens’ issues?

We are more active on social media now just to draw the people near and bridge the gap between the police and the public. The PPROs respond to issues on a regular basis which has paid off in many ways. We are into digital media now and one needs to be in tandem with global changes. So, I commend them for their commitment and steadfastness because I know it’s not easy to engage the populace on social media, but they do.

Since you became a police officer, which case have you come across that you found most shocking?

It was the day I was attacked by armed robbers in Sagamu, Ogun State. I was the officer in charge of Anti-Bank Robbery and Operations in Sagamu then. On April 1, 2008, some armed robbers came with an intent to attack one of the new generation banks at Sagamu junction, and  my six-man team and I ran into them, engaged them, thwarted their plans, recovered about four vehicles from them, and neutralized some of them. It was a celebrated case in Sagamu then. While the firing, which lasted for almost 50 minutes, was on, it got to a stage where I was alone. I had to summon the courage to continuously engage them since I had no choice but to do so or be gunned down. The armed robbers, who were up to 20, were fully armed. So, it was a great experience one could never forget.

Describe what it’s like working with the Inspector-General of Police, Usman Baba?

Working with the present IG is a great blessing to me in my career as an officer and Force PRO. He is the epitome of knowledge, brilliance and humility. He is very calm, approachable, and patient, but firm and highly principled. He has taught me how to be meticulous on duty. He takes his time to go through records line by line no matter the volume of the document. Baba takes his time to take decisions on issues; in fact, he is very passionate about reforming the Nigerian Police Force.  I have been so blessed to have the IG as my boss. I love and enjoy working with him.

What measures are being put in place to ensure that the good works of the police are publicized?

We embark on strategic communication and public relations skills to publicize our achievements. There are many ways we showcase the efforts of the police. We have expanded our PR platforms across the country.  The IG, who is a PR person, has recently approved the appointment of more PROs and PR liaison officers for formations and departments. These have heightened our communication ideas and opportunities which will surely boost the achievements of the police. Also, our involvement in digital media is a plus. With all these innovations, we are optimistic that our efforts and achievements are sustained.

As the spokesman for the entire police force, do you ever find time to spend with your family, especially to unwind?

I am not far from my family; at least I do video calls and communicate with them at all times. There is no time to be travelling regularly because of my tight schedule but they come around to visit me in Abuja. It will interest you that my wife is a senior police officer as well, so she is busy doing police work in her command too. Though we are far in distance, we’re nonetheless close at heart and in all ways because of regular communication and interaction. In addition, I play lawn tennis very well. I use my leisure time to sing, play tennis and drive around at night to embark on surveillance across the FCT. I move around at night to check our men on duty, and tactically gather intelligence which I share with relevant sections. I am a sociable person, and I live my life as a complete human being. I serve God and mankind.

How do you feel when someone appreciates the work of police officers on social media and also when the Force receives backlash?

I feel okay and on top of the world when people commend the police for our good feats. It’s always a pride for me as a PR practitioner that my institution is being praised and appreciated.  However, the reverse is the case when we are being battered or condemned for one reason or the other. I always visit social media to assess things for myself so that whatever is negative could be addressed in no time so as to subdue public outcry and subsequently redeem the image of the Force. I am optimistic of a time in the near future when 99 per cent of the populace will applaud the police constantly, and it will be achieved.

The nature of crimes and criminality in the country determines the calibre of arms that officers bear. We use pistols as well but not in all cases. In a situation where the criminals are armed with rifles, you don’t engage them with a pistol. So, situations determine what kind of arms you use, but majorly we use AK-47 and other assault rifles as a result of many violent crimes and activities of armed suspects we experience in the country. For instance, you can’t tackle bandits with pistols, particularly considering their firepower.

Aren’t you worried that people now prefer to lodge complaints to police spokespersons via social media instead of heading to the nearest police station?

No, we are not worried at all. In fact, it makes it easier for us and Nigerians to seek and have justice in their cases even though every case that requires investigation is assigned to a police station and formation for further action. Social media platforms help us to fast-track cases and Nigerians are so appreciative of that because it has paid off. We even encourage more Nigerians and people across the world to follow us on our social media platforms, and they are all active. We have even ordered and encouraged our PPROs to be more active on social media, and they are actually active. Continue Reading