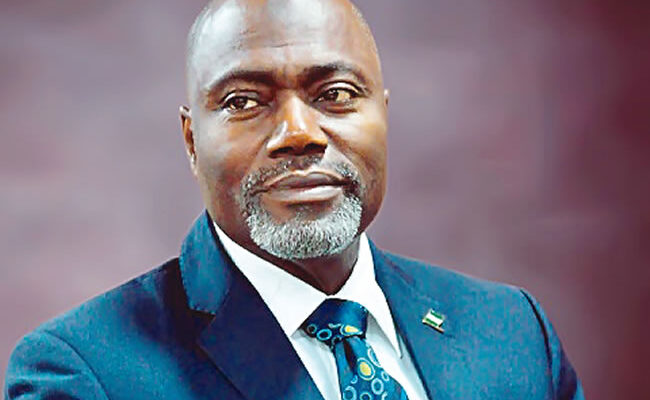 Politicians opposing use of BVAS are evil, fraudulent, enemies of Nigeria ― Yusuf Ali

Amidst agitations in some political circles against the use of the Bimodal Voters Accreditation System (BVAS) for the 2023 general elections, a renowned legal luminary, Mr Yusuf Ali, has described politicians behind such agitation as evil and enemies of the country.

He contended that the proposed use of BVAS by the Independent National Electoral Commission (INEC) to conduct the exercise is not only constitutional, considering the Electoral Act 2022, but also an effective means of shutting doors against desperate moves of anti-democratic forces to perpetrate rigging of elections and other fraudulent practices.

Speaking in Ibadan, Oyo State capital, on Saturday, during an interview with the Nigerian Tribune shortly after the installation of his mother, Alhaja Taibat Ali as the Iya Adini Musulumi of Carew Central Mosque, Ali, who is a Senior Advocate of Nigeria (SAN) maintained that any politician clamouring against the use of BVAS must be perfecting plot to compromise 2023 polls.

According to him, “if you don’t have fraud to commit why should you be afraid of BVAS? Nobody should be afraid of anything that would make our elections more credible and transparent. Anything that is capable of guaranteeing free, fair and acceptable elections should be supported by all Nigerians.

“There is no moral or cogent reason against BVAS by any politician or political party except for evil and fraud. Nigerians should be wary of such individuals or organisations because they are working against the collective interest of Nigeria as a corporate entity.”

Asked about the possibility of holding elections next year bearing in mind growing cases of insecurity and attacks on INEC offices in some parts of the country, Ali responded thus: “I am a born optimist. I always look at the good sides of everything in my life. I believe that the elections would come and go well. That’s my take.”

Commenting on the recent policy of the Central Bank of Nigeria (CBN) to limit cash withdrawal to N20,000 per day, he submitted that anything that would minimise criminalities should be supported.

He, however, lauded the management of Carew Central Mosque, Beyerunka, Ibadan for turbaning his 90 years old mother as Its Adini of the mosque, saying recognising the virtues of individuals during their lifetime is capable of encouraging exemplary qualities among the citizenry.