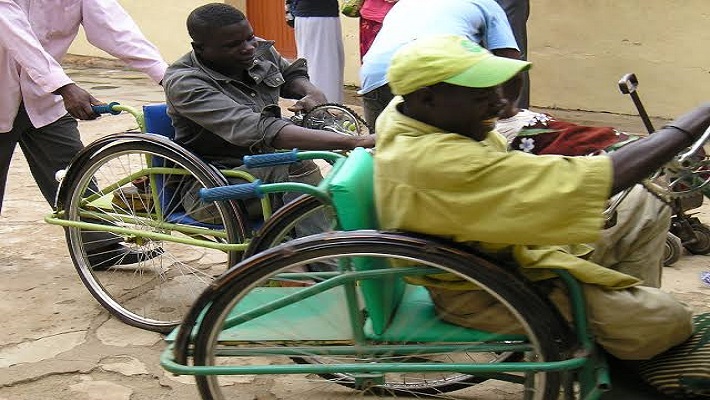 Persons With Disabilities (PWDs) say there is an urgent need for governments, the Independent National Electoral Commission (INEC) and relevant bodies to put measures in place for their inclusive participation during the 2023 polls.

Representing the CCD director, David Anyaele, Florence Chima Austin, admin/finance manager of CCD, said the centre had monitored the processes geared towards the elections to ensure that the PWDs are included.

“And to the Inter-party Advisory Committee (IPAC), the umbrella body of registered political parties in Nigeria, we have also found out that you are not inclusive of PWDs to participate in the political parties.

“We have been able to engage more, and based on IPAC’s commitments so far, we have also seen some improvements and their interest in mainstreaming issues of disabilities in their process,” he said.

She also referred to the Electoral Act section 54, which also corresponds with the National UN Convention on PWDs Article 30  and National Disability Act Section 29, which cuts across promoting inclusion and participation of PWDs in the electoral process.

A member of the visually impaired cluster of PWDS, National Association of the Blind (NAB), Anuoluwayinka Isaac, aka Fine Boy, said PWDs were usually of greater casualty cases in emergencies.

“This is because of their challenges, and we call for tight security to protect us.”

He also called for adequate provision of accessible booths, polling areas, guides and braille materials during the elections.

C(SCIAN ) also urged governments and INEC to put more measures for security to safeguard PWDS in case of chaos and emergencies during the election.

“We are ready to participate, but the environment has to be safe.”

Josephine Omolola of the Albinism cluster said, “We can’t participate effectively if security is not guaranteed. Also, other assistive devices should be in place.”

Beyioku Alase-Adedoyin of the Hearing Impaired cluster from the Deaf Women Association of Nigeria (DWAN) highlighted the need for interpreters and hearing aids to be available during the elections.

He noted that section 2 of the act saddled the Federal Ministry of Information with the responsibility of creating and promoting awareness of the rights, respect and dignity of PWDs.

He emphasised that PWDS have capabilities and achievements and contribute immensely to society.

He questioned what INEC had put in place to ensure an inclusive environment in the forthcoming election.

Olusegun Omobolaji, IPAC chairman, Lagos, said IPAC was doing its best to ensure that the 2023 election would be free of violence, vote buying, apathy, and thuggery, among other electoral vices.