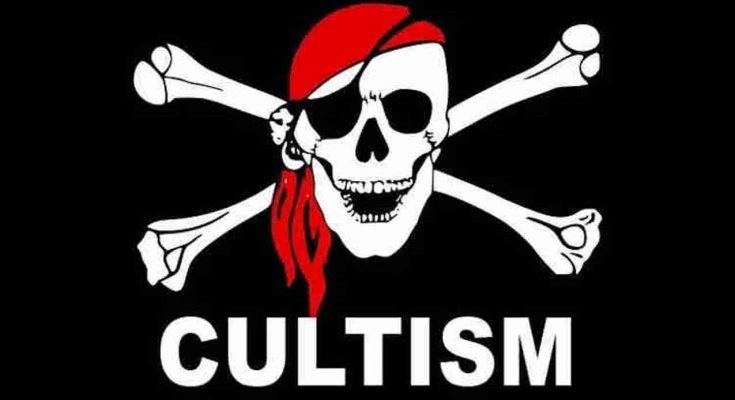 Landlords, residents and business owners in the Agboyi area of Alapere, Lagos State, have been living in fear as three residents have been killed in clashes between suspected cultists.

The victims include a father of three, identified only as Oluwole; a man, identified simply as Labalaba, and a yet-to-be-identified tricycle operator.

Nationnewslead gathered that the fight between suspected members of the Eiye and Aiye cults had been ongoing for a while in the community.

Our correspondent, who visited Alapere on Thursday, gathered that the cultists usually operated in the day and at night.

An eyewitness, who gave his name only as Ismaila, said no fewer than six suspected cultists allegedly shot and stabbed the tricycle operator to death at Salami Bus-Stop, Agboyi Road, on Tuesday.

He said, “We were in the area when we suddenly heard a loud sound. I thought the tyre of a vehicle burst but when I started seeing people running, I ran and while running to hide somewhere, I heard another gunshot.

“The cultists shot the tricycle operator in the head after he stepped out from where he went to eat around Salamo Street, Agboyi. The incident happened around 6pm when the day was still bright. After they shot the man, they used machetes to cut his body.

“The cultists cut the man’s wrist, put it in a sack and left. From what we observed, they trailed him to the area and didn’t come in a vehicle or motorcycle. After the attack, they walked away from the scene. I saw them leaving and noticed that they used white handkerchiefs to cover their faces.”

Nationnewslead gathered that after the attack, policemen from the Alapere division stormed the premises to trail the fleeing suspects.

“The suspects already took advantage of the streets on Agboyi Road and the passages on various streets to escape after they shot the man,” she added.

He said, “Oluwole was at his wife’s shop on Aina Obe Street when the cultists came around N9pm and shot him. Immediately I heard the gunshot, I ran inside my house. I came out after a while and saw his corpse on Agboyi Road.

“I was part of the people that carried his body away from the road. It was later that I gathered that he fought for his life after being shot at his wife’s shop but the cultists overpowered him on the road. They used machetes to cut his body till he died. His wife was also at the shop. The cultists fled after the attack.

“We later dumped his corpse inside someone’s vehicle. The police came and we visited the station. It was the following day that we obtained the necessary documents and went to bury him. He was survived by a wife and three children.”

A businesswoman, Aminat, said a man, popularly called Labalaba, was also shot to death by cultists around 9pm on Saturday, in the Osogun area.

She said, “The cultists are mostly killing people in their 40s. A day before Olumba was killed, the cultists shot a man known as Labalaba. When my rent expires, I will leave this area because I don’t want high blood pressure.

“At one point, I had to hide in a church when the attack happened. People usually close their shops early because they can start attacking anytime. We want security in our area.”

The state Police Public Relations Officer, SP Benjamin Hundeyin, said some suspects had been arrested in connection with the killings.

He said, “We are fully aware of cult clashes and killings going on in the Alapere area. We are working assiduously to bring this to a halt.

“Only two people were shot dead and suspects have been arrested. Efforts are on to apprehend more suspects; it is an ongoing operation.” Continue Reading