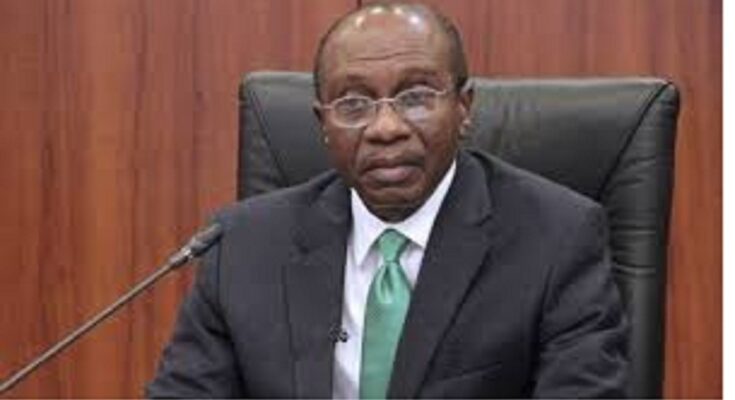 Barring last-minute changes, the Governor of the Central Bank of Nigeria (CBN), Godwin Emefiele will on Thursday appear before the House of Representatives over the controversies trailing the proposed cash withdrawal limit policy which is expected to kickstart on the 9th of January 2023.

Recall that the House via a resolution passed after robust debate on a motion mandated CBN to halt forthwith the revised cash withdrawal limits policy,.sponsored by Hon. Aliyu Magaji.

Speaking in Abuja during the 2nd Distinguished Parliamentarians Lecture 2022 series organised by the National Institute for Legislative and Democratic Studies (NILDS), the Speaker of the House of Representatives, Hon. Femi Gbajabiamila faulted the apex bank’s recent monetary cash withdrawal limit policy for lack of wide consultation.

“Recently, the Central Bank of Nigeria announced a policy to redesign the Nigerian Naira and impose restrictions on cash transactions across the economy.

“The National Assembly has been inundated with petitions from Citizens worried about the impact of the new policies on their businesses and concerned that the policy approach will not deliver its stated policy objectives.

“Many have pointed to the fact that in India where a similar policy was implemented beginning in 2016, the expected benefits haven’t materialized, yet there has been a pronounced contraction in the economy probably linked to the policy.

“Now, whatever the concerns about the policy may be, it should not be the normal course of things for such a profoundly impactful policy program to be designed, approved, and announced without any engagement with the legislature, or any attempt to seek the perspectives of the people’s representatives.

“Keep in mind, these are the very same people who will have to explain and answer for these policies in communities across the country.

“While each arm of government has its prerogatives and guards them jealously, our country cannot afford actions that set the stage for the competing objectives of different arms of government to descend into governance dysfunction and paralysing conflict,” Gbajabiamila noted.

Prior to the passage of its resolution, sponsor of the motion, Magaji who solicited for the House intervention, frowned at the details of the policy which provides maximum cash withdrawal over the counter (OTC) by individuals and corporate organizations per week shall henceforth be N100,000 and N500,000 respectively, while the withdrawals above these limits shall attract processing fees of 5% and 10% respectively.

“Third-party cheques above N50,000 shall not be eligible for payment over the counter, while extant limits of N10 million on clearing cheques still subsist.

“Only denominations of N200 and below shall be loaded into the ATMs. The maximum cash withdrawal via the point of sale (PoS) terminal shall be N20,000 daily.

“In compelling circumstances, not exceeding once a month, where cash withdrawals shall not exceed N5 million and N10 million for individuals and corporate organizations, respectively, and shall be subject to the referenced processing fees in (1) above, in addition to enhanced due diligence and further information requirements.

“The House is aware that the majority of the small business owners in Nigeria are the major drivers of Nigeria’s economy, and who are major residents of rural areas and carried on their business, trade and activities in the said rural business areas.

“The House is further aware that the majority of these small business owners transact their businesses, trade and transactions in physical cash and are in most cases not inclined to the use of electronic banking system as most of them are either illiterate, half-educated or not learned at all.

“The House is disturbed that this set of Nigerians who are the drivers of Nigeria’s economy will be seriously negatively affected and their business and source of livelihood may be seriously impaired with these new directives of Central bank of Nigeria.

“The House is also disturbed that this directive of Central Bank, has been generating serious uproar and given low business owners serious concern since the said released as a result of the impact it may have given short time notice giving by Central Bank of Nigeria (CBN).

“The House acknowledged that the Central Bank of Nigeria has the right to issue monetary policies on the Nigeria Economy to be able to guide and direct the Economy to the right part of recovery and growth.

“The House is concerned, however, that the new policies rolled out by the Central Bank of Nigeria (CBN) will definitely have a negative impact on the already dwindling Economy, and further weakens the value of Nigeria as Nigerians may resolve to use dollars and other currencies as a means of trading and thus further de valued Naira and weakens the economy,” he noted.

Hon. Magaji said: “My heart bleeds for the people who voted us into power, we seem to come to Abuja and forget about them and this is my opinion.

“Only a month ago, we woke up to hear that there will be new currency notes, change of the currency notes and there can do it; as far as I am concerned, there is no single bank in my constituency.

“It is good to have a cashless policy but we seem to be borrowing ideas and policies from other countries that are far ahead of us; we are comparing ourselves with the United States and the United Kingdom, these people are far ahead of us, we will get there one day but these type of policy disturbs the people that voted for us.

“The issue affects everyone, most of our people are in rural areas and everything is being done in Naira and cash and somebody will wake up and make a policy that will start tomorrow, no consultation.

“People have forgotten that 80 to 90 per cent of our people are in the rural areas, we must do something to save the situation, if there were enough banks and facilities, why not, it will work. I urge colleagues to support this motion so that this policy will be rescinded,” he urged.

On his part, Aminu Suleiman who frowned at the effects of the policy pronouncement maintained: “This could be an exit board for many of us if we allow this radical decision to succeed and there for my voice must be heard on this.

“There are several government chief executives in this country that have outlived the essence of their positions because I cannot simply understand how we can wake up one day and introduce this draconian approach to businesses, giving Nigerians one month to adjust their belts.

“More than 70 per cent of communities in this country do not have a banking system, only a few like Lagos, Rivers, Kano and probably Delta states might bust of about 70 per cent banking coverage.

“Yet the CBN under the almighty Emiefele woke up and introduced this very heartless decision; this will completely eradicate all the successes we have gathered as a country in order to arrest restiveness and banditry.

“This is because the little intervention we have made by introducing small-scale businesses will be completely whipped out; thousands of Nigerians have come to live and do business through the POS.

“All these will go away with the introduction of this policy and I cannot understand how Nigerians will be able to manage our businesses that are predominantly in cash with a withdrawal of N100,000 per day.

“I think that beyond rhetoric, we should search our books and impose necessary legislation to ensure we arrest the situation; we have more powers and we can look into the powers of the CBN and remove the excess powers for us that we can act on behalf of Nigerians.

“To allow this means every other chief executive is independent and they can just go and brief the President and he will give them the bearing, we must arrest these things and ensure that it is not done,” he stressed.

To this end, the lawmakers urged the apex bank to rescind the said policy because of the disadvantages earlier enumerated above and given the short notice.

The lawmakers also tasked CBN to do more advocacy, enlightenment, and sensitization on small business holders across the Country before issuing policies and directives that may affect their business concerns.

To this end, the House further urged CBN to give not less than one year’s notice in case of any plan to issue such similar notices that may touch directly on small business owners in Nigeria, just as they mandated the joint committee on banking, currency and legislative compliance to ensure compliance with this resolution.