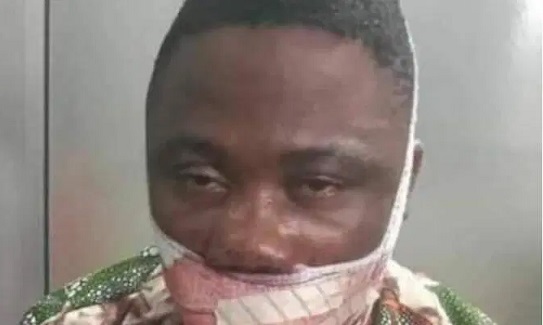 Tribune Online learnt that Owhorkire was allegedly shot while going home to Aluu, Ikwerre Local Government Area of the State on Wednesday night.

The shooting of the Youth Mobilisation Director happened slightly over a month after he was alleged to have been kidnapped and forced to denounce his support for Atiku.

Last month, Owhorkire was seen in a viral video in a cave-like location denouncing support for Atiku under duress. In the video, he was surrounded by some persons who were guarding his utterances, even as he was visibly frightened.

The State Commissioner of Police, Okon Effion then ordered an investigation to unravel the circumstances surrounding the viral video.

A source who spoke with our correspondent on Thursday narrated how the attackers shot at Owhorkire’s vehicle tyres before shooting in his direction through the windscreen.

Speaking on the condition of anonymity because of his personal security, the source said Owhorkire was in pain and currently receiving treatment at an undisclosed medical facility.

He said, “He is a native of Aluu. He was driving to his house yesterday night and was shot by some unknown persons.

“They shot the tyres of his car, shot directly at his windscreen and that is how he received those injuries on his mouth. His mouth was scattered.

“As I speak with you, he is in serious pain. His mouth is scattered. But he is receiving treatment in an undisclosed hospital.”

When contacted, the spokesperson of the state police command, Grace Iringe-Koko said she would send the command’s position after she gets briefed on the matter.

Previous PostCustoms seize contrabands worth N468,341,430 in Bauchi zone in 4 months Next PostOsun is Indebted to the Tune of N407.32 Billion – Governor Adeleke