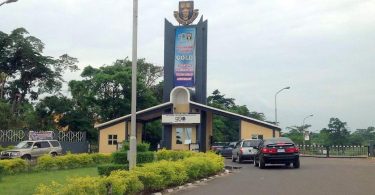 No fewer than 18 lecturers in the nation’s tertiary institutions have been indicted and dismissed over sexual misconduct in one year, analysis of media reports by Nationnewslead has revealed.

The issue of sexual harassment has been recurring in Nigerian institutions with a survey conducted in 2018 by the World Bank Group’s Women revealing that 70 per cent of female graduates from tertiary institutions in Nigeria were sexually harassed in school, with the main perpetrators being classmates or lecturers.

Though the Senate had in 2021 passed a bill that randy lecturers should be subject to 21 years imprisonment, Nationnewslead reports that most of the lecturers indicted and found guilty after the bill was passed were simply sacked.

According to the reports compiled by Nationnewslead, Obafemi Awolowo University, Ile-Ife topped the list of institutions with the highest number of lecturers indicted for sexual misconduct.

In 2021, OAU dismissed three lecturers from the Departments of English Language, International Relations and Accounting over sexual harassment of students.

The Kaduna State University, in January 2021, announced the dismissal of a lecturer in the Department of Geography for sexually assaulting a student.

The Rivers State College of Health, Science and Management Technology suspended a lecturer for three months for sexually harassing a 100 level female student.

The Federal University, Oye-Ekiti suspended a lecturer in the Department of Media and Theatre Art in June 2021 for sexual misconduct.

That same month, the management of the University of Lagos announced the dismissal of two lecturers over similar offence.

In August that same year, the University of Port-Harcourt announced the dismissal of a lecturer of the Department of Foreign Languages and Literature over sexual misconduct.

In October 2021, the Federal Polytechnic, Bauchi also announced the dismissal of two lecturers from the Departments of Nutrition/Dietetics and General Studies over sexual misconduct.

A lecturer from the Department of Sociology, Ignatius Ajuru University of Education was dismissed for impregnating a female student.

In December 2021, the Kwara State University, Malete announced the dismissal of a lecturer for harassing a student in the Department of Pure and Applied Sciences.

In January 2022, Elechi Amadi Polytechnic, Rivers State announced the dismissal of a lecturer for harassing a female student.

In April 2022, OAU again, launched probe into allegations of sexual harassment against a professor in the Department of Linguistics and African Studies. So far, two professors have been affected in OAU.

In June 2022, the Vice-Chancellor of the University of Abuja, Prof Abdul-Raheed Na’allah, announced the dismissal of two lecturers for sexual misconduct.

Both of them are professors.

The Yaba College of Technology is currently investigating allegations of sexual harassment against one of its lecturers.

Speaking in an interview with Nationnewslead, the Programme Director, Reform Education Nigeria, Ayodamola Oluwatoyin, said there was the need to ensure that clear sexual harassment policies are made available in tertiary institutions.

Oluwatoyin said, “One of the issues we are facing is that we do not have clear policies against sexual harassment in our schools. Stiffer punishments also need to be meted out.

“You cannot just say you will dismiss a lecturer for sexual misconduct; there should be stiffer punishments like imprisonment.”

It is so unfortunate that we still report incidents of sexual harassments in our tertiary institutions.”

The spokesman of the Federal Ministry of Education, Ben Goong, told Nationnewslead that while the ministry does not get itself involved in the day-to-day running of tertiary institutions, the ministry would always come in when it had to do with policy issues.

“When it comes to issues about the day-to-day running of tertiary institutions, the ministry does not get involved. We leave that to the National Universities Commission, National Board for Technical Education and the governing councils of the institutions.

“However, councils are responsible for developing policies. For instance, when I was a member of council at the Federal University of Technology, Owerri, we came up with a code of conduct as regards sexual harassment,” Goong said.

Efforts to get the Executive Secretaries of the NUC and NBTE, Prof Abubakar Rasheed and Prof Idris Bugaje respectively, proved abortive as they did not take their calls.

They have yet to respond to the text messages sent to them as of the time of filing this report. Continue Reading