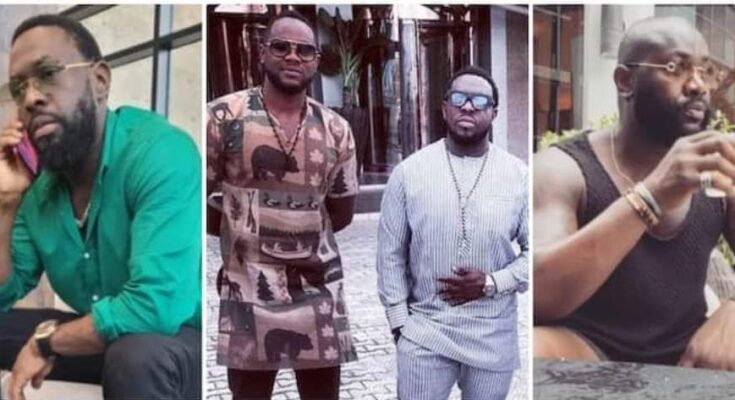 The tragic news of Prince Ozulor being killed in Atlanta, United States, has gone viral on social media

According to reports, the manager and friend of hitmaker Timaya was shot outside a gas station leading to his dead

Reacting to the news, the singer took to Twitter to express sadness over his friend’s death, revealing that they had just reconciled

These are sad times for Timaya and the family of his manager/best friend, Prince Ozulor, who was recently killed in the United State.

According to reports, the 38-year-old had made a stop at the BP along 14th Street NW at Atlantic Drive near Georgia Tech around 9 p.m. on Wednesday evening, August 31.

While waiting in line in the store for about a couple of minutes, he noticed some individuals trying to get into his car, so he ran outside to go after them.

It was during this process that one of the suspects shot him. According to reports, he was rushed to the hospital, where he died.

Reacting to the news, the singer took to Twitter to express sadness over the nears.

He revealed that he had just recently reconciled with the deceased.

“I can’t believe I came to America to bury my BEST friend. Nnamdi why? And we just reconciled.” “Glad you guys reconciled that’s all that matters. Sorry for the loss baba. ATL one of the most crazy places to live.”

” So Cold outside my brother.”

“In this world we come and we go so inevitable,lost a patient yesterday ,like so painful seeing someone you know go ”

“The gun violence is too much in US but is worst in Atlanta. This is very sad.”

“That person is in jail now”: BNXN reveals Swedish lady who leaked video tried to blackmail him

Days after hitmaker Daniel Benson, better known as BNXN, trended on social media after an adult tape of the singer was released, he is finally addressing the issue.

The singer, in a recent interview with Hotfm Lagos, the singer revealed that the matter has been handed over the police as the lady is currently in jail.

Recall that the Swedish lady claiming to be his girlfriend shared several bedroom videos of them, including footage showing them in bed and another video showing the singer completely naked. Continue Reading