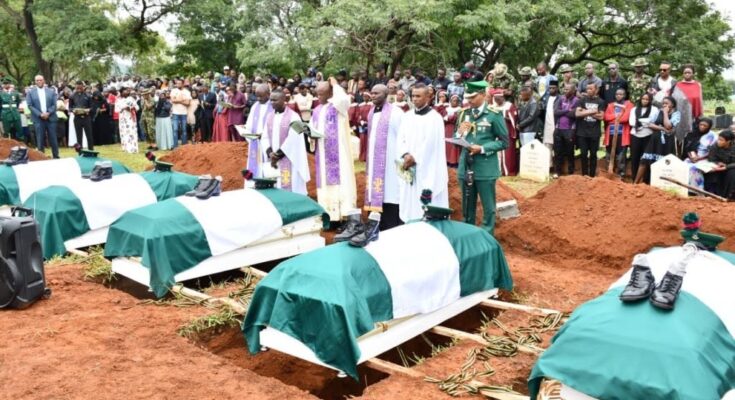 The remains of a Captain, Attah Samuel, and four other soldiers attached to the Presidential Guards Brigade killed in an ambush by suspected terrorists in the Federal Capital Territory have been laid to rest.

The soldiers were killed in the attack which occurred at the Bwari Area Council of the FCT on July 24, 2022.

According to a statement by the Assistant Director, Army Public Relations, Guards Brigade, Captain Godfrey Abakpa, it was said that the captain and soldiers were buried on Thursday amid tears at the Guards Brigade Cemetery in Maitama.

He said the burial process started with Christians wake keep and funeral service held in honour of the fallen heroes at St John’s Military Church before the final internment at the cemetery.

The statement read, “Guards Brigade Nigerian Army and the entire barracks community was today (Thursday) August 10, 2022 thrown into state of mourning as the remains of Captain Attah Samuel and four other soldiers who recently paid the supreme price during a clearance operation in Bwari Area Council of the FCT were laid to rest at the Guards Brigade Cemetery, Maitama, Abuja.

“Until their demise, the gallant soldiers were serving with 7 Guards Battalion, Lungi Barracks Maitama and 176 Guards Battalion Gwagwalada in the FCT, Abuja respectively. 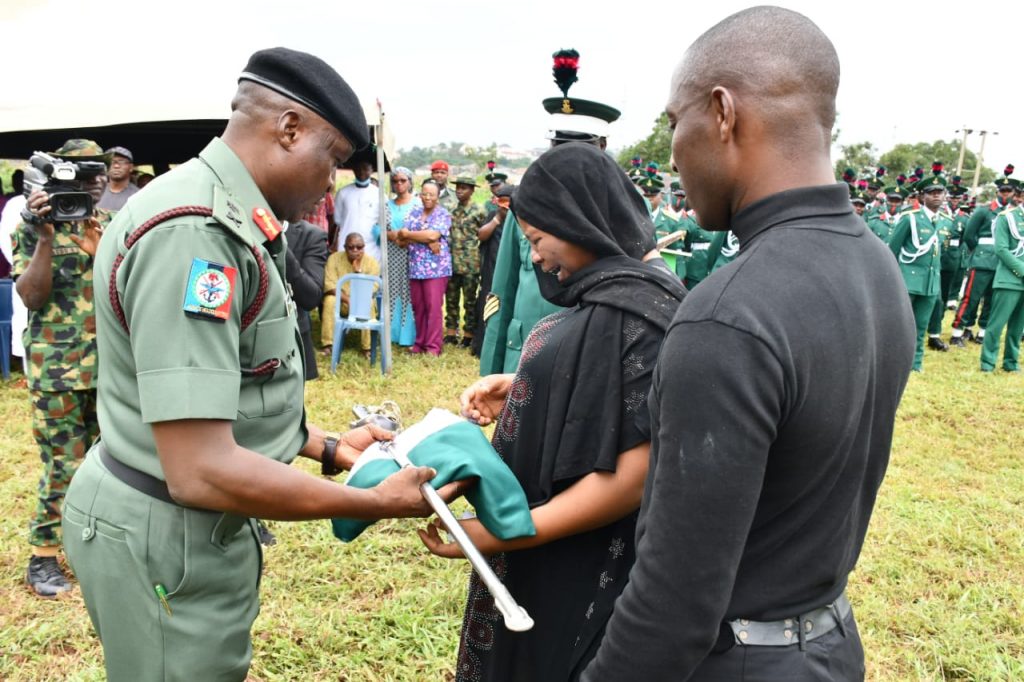 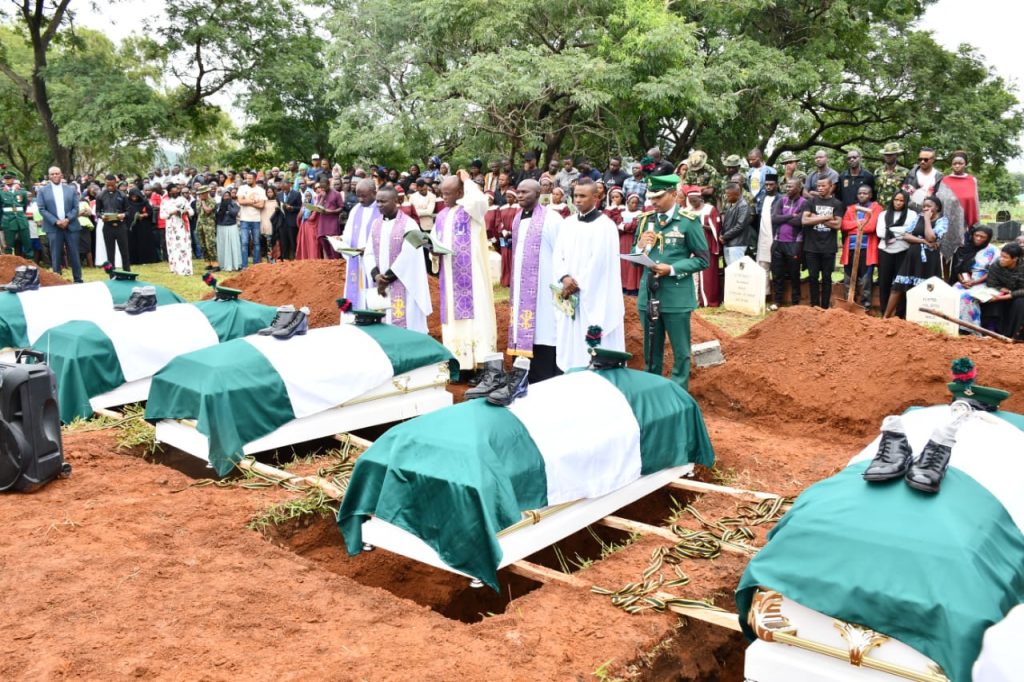 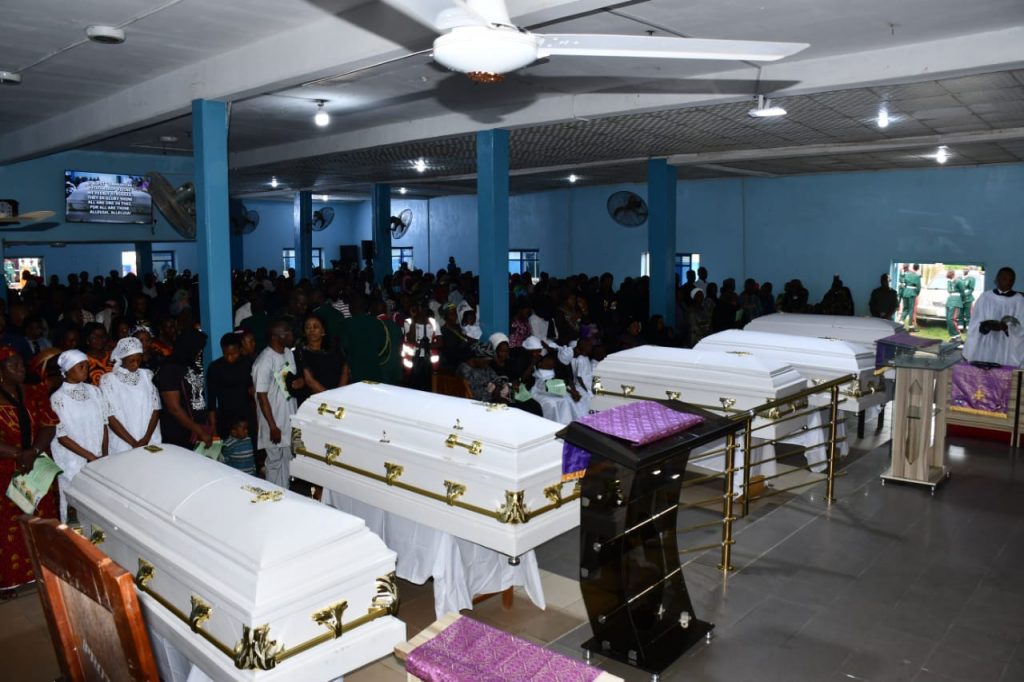 “While reading the funeral oration of the deceased officer and soldiers, the Commanding Officers of 7 Guards Battalion, Lt Col Salim Hassan and Commanding Officer, 176 Guards Battalion, Lt Col Joshuah Adisa, described the late Captain and Soldiers as thoroughly-bred men who were genuinely committed to their duties in defence of Nigeria and whose contributions and services would be greatly missed.

“They asked God to console the families left behind stressing that while the Brigade and the Nigerian Army mourns, the families should take solace in the fact that they had fought a just fight and their souls shall continue to rest with the lord till the resurrection morning.”

He said the highpoint of the event was the presentation of accoutrements by the representative of the Chief of Army Staff, Maj Gen James Ataguba to the next of kin of the deceased personnel and lowering of the remains of the fallen heroes.

There was also the blowing of the last post and gun salute to bid the departed heroes farewell. Continue Reading