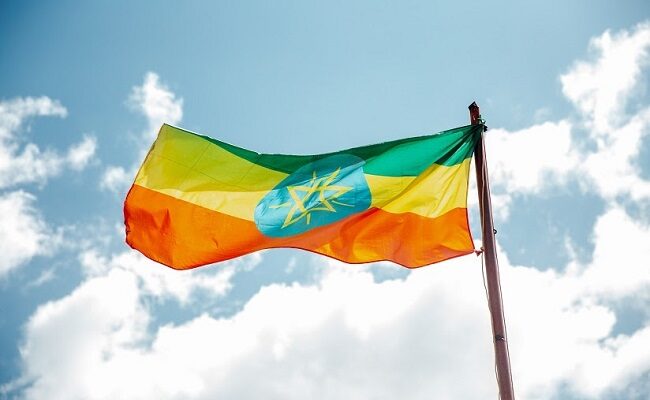 Things you need to know before you travel to Ethiopia

Ethiopia is landlocked in the Horn of Africa, with its capital and largest city, Addis Ababa. Eritrea borders Ethiopia to the north, Djibouti to the northeast, and Kenya to the west. The country covers an area of 1,100,000 square kilometres (420,000 sq mi).

Scholars consider Ethiopia “never colonised” because the occupation of the country by Italy from 1936 to 1941 did not result in a long-term colonial administration.

Ethiopia’s climate is highly diverse, ranging from high rainfall in the equatorial rainforest and humidity in the south and to Afromontane regions on the summits of the Semien and Bale Mountains to desert regions in the northeast, east and southeast. Ethiopia is divided into three climatic zones: Alpine vegetated zones, also known as Dega, temperate zones (Woyna Dega), and hot zones (Qola).

Ethiopia is blessed with abundant natural resources such as land, minerals, and gas. Gold, copper, potash, platinum, and natural gas.

The most populous ethnic group in Ethiopia is Oromo. Others are Amhara, Somali,  Tigrayan, Sidama,  Gurage, Welayta, Hadiya, Afar, Gamo and others.

English is the most popular foreign language in the country. It is the medium of instruction in secondary and tertiary education. The country’s other widely spoken national languages include Afar, Amharic, Oromo, Somali, and Tigrinya.

Christianity is the most common religion practised in Ethiopia, the others being Islam and traditional faiths.

According to UNESCO, the adult literacy rate in 2017 was 51.77%. While the male literacy rate is 59.24%, it is 44.42% for females, demonstrating a significant inequality between the sexes.

Ethiopia is a country where extreme hospitality reigns. The country has varieties of sweet delicacies. Popular foods in the country include Tibs, Injera, Shiro be Kibbe, Berbere, Kitfo, Coffee, Fir-Fir, and Doro wat.

According to Visaindex.com, the Ethiopian passport is currently ranked at 100,  with 45 visa-free destinations with the passport.

The Republic of Ethiopia was among the 48 visa-free/ visa on arrival for Nigerians until recently when the Ethiopian Embassy suspended visa-on-arrival for Nigerians. In other words, Nigerians seeking to move to the Republic of Ethiopia will need to first and foremost obtain their visa at the Ethiopian embassy in Abuja or apply for an electronic visa (e-visa) through the country’s Immigration and Citizenship Service (ICS) portal at www.evisa.gov.et before embarking on any trip to the country.

According to the Ethiopia Visa Policy, citizens of only two nations, Kenya and Djibouti, are allowed to enter Ethiopia without a visa. However, passport holders of two hundred and thirty countries can visit Ethiopia for short trips with an e-visa.

The Ethiopian Government issues a tourist visa, an electronic single-entry visa, to visitors who wish to visit the country solely for tourism or other non-business-related purposes.

Tourist visas are available to citizens of all countries worldwide who meet the requirements listed below.

Normally, the processing time for a tourist visa is three days. As a result, travellers should submit their application at least three days before their expected arrival date.

Ethiopia tourist visa is valid for up to 90 days from the date of intended arrival in Ethiopia. If a traveller’s arrival date changes, they should contact the e-Visa Support Team at Support@evisa.gov.et to adjust the validity period of their visa.

Travellers can request an extension before their visa expires by visiting the Immigration and Citizenship Service’s headquarters (Addis Ababa, Ethiopia). Travellers who stay beyond the validity period without extending face fines and legal consequences.

Steps of Applying for an Ethiopian Visa Online (Ethiopia eVisa)

Before you can process your eVisa application, you have to make the visa fee payment. The Ethiopia eVisa fees are:

Ethiopia is a country blessed with many fascinating attraction centres. Let’s explore some of the places according to a list of crazy tourists.

The Danakil Depression is located on the border between Ethiopia and Eritrea. It is officially one of the driest and hottest places on the planet.

With temperatures regularly reaching 50 degrees or higher, it’s easy to see why. It is a strange land strewn with active volcanoes, salted basins, hot springs, and a lava lake, all of which combine to create a lunar-like landscape.

It is Africa’s lowest point and the world’s second lowest point, sitting below sea level (after the Dead Sea).

Everyone who visits Lalibela is completely taken aback. This mediaeval settlement was intended to be a second Jerusalem, and its current residents are proud of this distinction.

Lalibela is situated in the centre of a large church complex made entirely of rock.

The settlement has 11 monolithic and grand churches, all built by King Lalibela as early as the 12th century.

The churches are notable for their architectural design, as they are dug into the ground.

St George’s Cathedral is the most famous and beautiful. A breathtaking sight.

This holy, historical, and fortified city is a fascinating maze of narrow alleyways. It has Africa’s oldest Islamic city, built in the early 16th century.

It was once a commercial link between Africa and the Middle East, and it is now an enchanting lost-in-time city known for its impressive walls and centuries-old buildings.

Within the city, there are approximately 99 mosques. The nightly ritual of feeding the hyenas on the city’s outskirts is a popular attraction.

Only about 1,000 elephants remain in Ethiopia, with the Babile Elephant Sanctuary housing the largest and most visible herd.

Babile, a short drive from Harar, is also home to gazelles, lions, leopards, cheetahs, and an abundance of exotic birds.

The scenery changes from rocky outcrops to lovely tree-dotted landscapes.

There are approximately 400 elephants, and you will enjoy the daily walking safaris.

If you’ve come to Africa to see the wildlife, the Rift Valley will not disappoint. Tourists and locals enjoy spending time near hot springs for their therapeutic benefits and as a great way to unwind.

The Nile River is Africa’s longest, with two tributaries: the White Nile and the Blue Nile.

The Blue Nile begins in Ethiopia, and along its course are the Blue Nile Falls, which rival Niagara Falls.

The scenery here is truly breathtaking, about 90 minutes from Bahar Dar. During the rainy season, the falls are about 45 metres high and are known locally as Tis Abbay, or “great smoke.”

It has a fascinating look at Ethiopia’s tribal peoples. The villages in the Lower Omo Valley, like the Maasai in Kenya, have not been influenced by the outside world. Here, you will have the privilege of interacting with people from cultures that are vastly different from your own.

Because the African Union is headquartered here, it might as well be considered Africa’s capital.

For the surrounding locals, Addis Ababa is a magical place with gold-paved streets; for visitors, it is the ideal blend of traditional and modern Ethiopia.

Aksum is a folklore-rich region, one of Africa’s oldest cities and is thought to have been the home of the Queen of Sheba and the final resting place of the Ark of the Covenant.

You can Visit the Northern Stelea Field to see the ancient Aksumite Obelisks and look over the walls of the St Mary of Zion Church Complex, where the Ark is said to be kept.

There is no official national minimum wage. The minimum wage exists only for public sector workers, around 420 birrs ($22). Some Government institutions also set their minimum wages.

Teaching the English language might be an employment option in Ethiopia if you are a native speaker. You can search for jobs in Ethiopia on job sites such as ex-pats,  Ethiojobs,  overseas jobs, Go abroad, and Linkedin.

Your employers must demonstrate to the Ministry of Labour and Social Affairs that you, as an employee from outside the country, possess the qualifications required for the position. You will also be required to submit some documents during the application process.

Ethiopia has a variety of transportation alternatives for moving about the country. The bus is the most popular means of transportation, which could be a luxurious, ordinary bus or minibus. Others include Trains, planes, and taxis.

According to the 2021 statistics on the organised crime rate in Africa by statista.com, the Republic of Ethiopia is placed at number 35th out of 54 countries with a 4.83  index out of 10, while the Democratic Republic of the Congo had the highest organised crime index on the list, scoring 7.7 points.

In Ethiopia, crime takes many forms, from petty theft to homicide. High unemployment and a lack of basic amenities such as food, shelter, and education are all motivators for a crime. Ethiopia’s rapid population growth has also contributed to increased crime rates. The Crime rate in Ethiopia is, however, minimal compared to that of other African countries.

19. HOW TO ENSURE SAFETY

Be cautious if approached by strangers seeking assistance; criminal gangs are known to use distraction techniques such as begging or pretending to be ill. Take extra precautions when visiting crowded public places, especially late at night. Also, only move around with a large sum of money or valuables at odd hours.