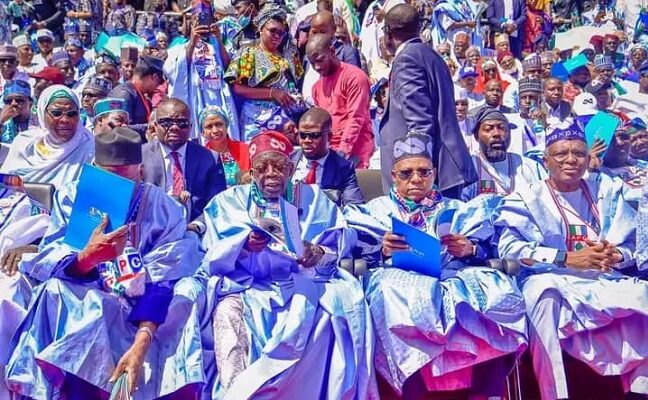 The All Progressives Congress(APC) Presidential Candidate, Asiwaju Bola Ahmed Tinubu, has promised widespread industrialisation across the country as well as completing the AKK gas pipeline currently underway to boost the region’s economy if elected president in 2023.

He made this known on Tuesday while speaking in Kaduna during the Northwest rally in continuation of his nationwide campaign held at the Ahmadu Bello stadium, Kaduna.

The rally which was attended by party supporters and stalwarts kicked off at 11.45 pm when the APC standard-bearer stormed the area in the company of his host the Kaduna State Governor, Mallam Nasir El-Rufai and the APC National Chairman, Abdullahi Adamu.

Others on the entourage were Governors Atiku Bagudu (Kebbi), Abubakar Badaru (Jigawa), Abdullahi Ganduje (Kano), Bello Matawalle (Zamfara) and Simon Bako Lalong (Plateau) who is also the Director-General of the Tinubu/Shettima campaign.

Addressing thousands of APC supporters, Tinubu thanked the people from the zone for the warm reception they have continued to accord him, most especially his previous visits to Kaduna and most recently, the Arewa Joint Committee at the Arewa House and the Kaduna Economic and Investment Summit.

He said: “What anyone who visits the Centre of Learning quickly learns is that you are a resilient and industrious citizenry.

“You have the skills and talent to prosper as individuals, as a state and as a nation with a destiny no one can take away from you. You exemplify the best of our diverse and beloved nation.”

He praised Governor el-Rufai who he described as a dependable ally, for the good job done in the helms of affairs of the state.

“With his combination of intellect and determination, he has put in motion policies and programs that are truly reforming the state and invigorating its economy.

“His track record speaks for him. I commend his work and am glad that he has lent his support to the task that stands before us,” Tinubu said.

Tinubu, who told the cheering crowd he was in Kaduna to seek their support to become Nigeria’s president said he has a track record of bringing alive the hopes of the citizenry with “people-oriented governance.

“With your support, my team and I will improve the economy, secure the peace, promote industry, grow more food and create more and better jobs for the average person.

“Given the opportunity, we shall reform the power sector such that light is brought into every home and productive work afforded every pair of willing hands.

“My administration will improve the education system for all our children including those who seem to have been rejected and forgotten and renew hope nationwide.

“Those who till the soil and grow our food will be helped to produce more and earn more. You farmers who feed this nation, your dignity and pride will be restored,” Tinubu said.

Speaking on his administration’s plans to massively industrialise the nation, the former Lagos State governor said, “Our industrial policy will make industries hum again. Meanwhile, we shall give the youth the training, access and policy support to explore new economic frontiers in the digital economy and other uses of technology to create new goods and services that benefit the entire population.

“Our infrastructural policy will promote nationwide road and rail transport, enabling small businesses to easily transport their goods across state lines and engage in productive trade throughout the land. Federal roads, especially the Abuja – Kaduna – Zaria – Kano Road, will be turned into productive and safe highways for travel and commerce.

“Bringing jobs and cheaper power for your homes and business, the AKK gas pipeline completion will be a top priority, helping to literally fuel the region’s economy.

“We shall bring order to the mining industry by discouraging illegal and dangerous mining, and promoting legal mining to bring better jobs, economic prosperity and security to Kaduna.”

Tinubu noted these will help achieve his administration’s goal of achieving double-digit economy growth which will see “bringing the most talented hands on deck regardless of their gender, tribe, age or affiliation”.

The APC flagbearer also spoke on his plans to improve the country’s security situation, promising to wipe out terrorism and make Nigeria safe for all.

Governor el-Rufai thanked the people of the Northwest zone and particularly Kaduna State for the massive turnout, saying they have shown where they stand in the 2023 race.

Governor Lalong disclosed that it was in Kaduna that the Northern Governors sat and decided that power must shift to the South and Asíwájú Tinubu should be the next president, stating that on that Asíwájú mandate they stand.

National Chairman Senator Adamu said Kaduna is the heart of Arewa and the North, adding that “the North has spoken and there is no need for more turanchi (talks).”

The party’s gubernatorial candidate in Kaduna State, Senator Uba Sani also thanked the people for turning out in large numbers, saying this has shown that the state belongs to the APC.

He described Asíwájú Tinubu as the only candidate who can better pilot the affairs of the country having delivered in Lagos, adding that “when he gets there, he will never forget Arewa.” 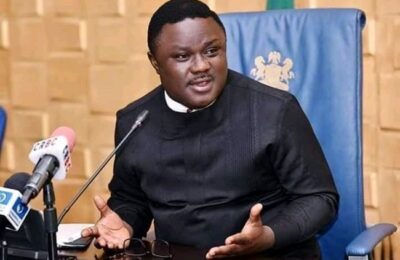